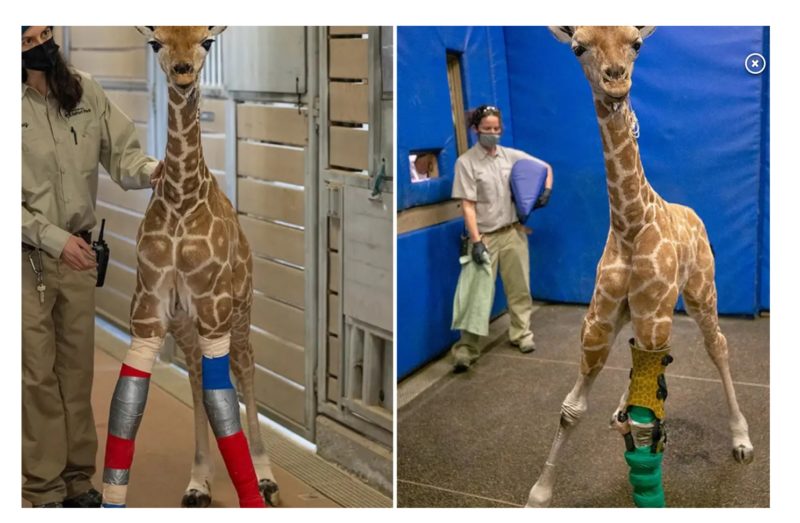 Three-month-old Msituni, which means “in the forest” in Swahili, was able to walk despite congenital anomalies in her forelimbs. 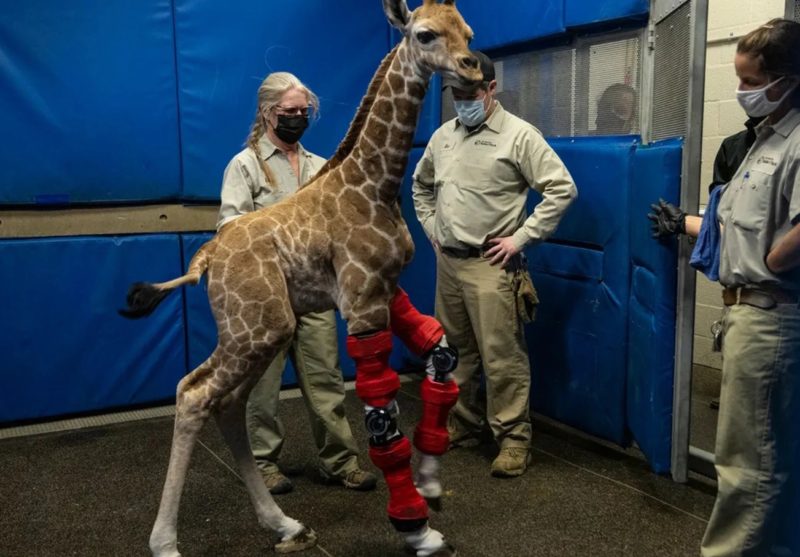 They are attached to the front pair of legs and help to correct overstretching of a joint similar to that of a person in the wrist.

Because of this defect, the limbs of the giraffe were not bent correctly. And it was difficult for her not only to walk, but even to stand.

According to Kinney, if not for these life-saving orthoses, Msituni would not be able to walk for a long time due to constant pain.

In addition, the disease could progress to the stage when the baby giraffe would be unable to stand.

The orthoses were made by Hanger Clinic, a local orthopedic clinic for humans.

Products had to be designed according to the cast samples of the animal’s legs. 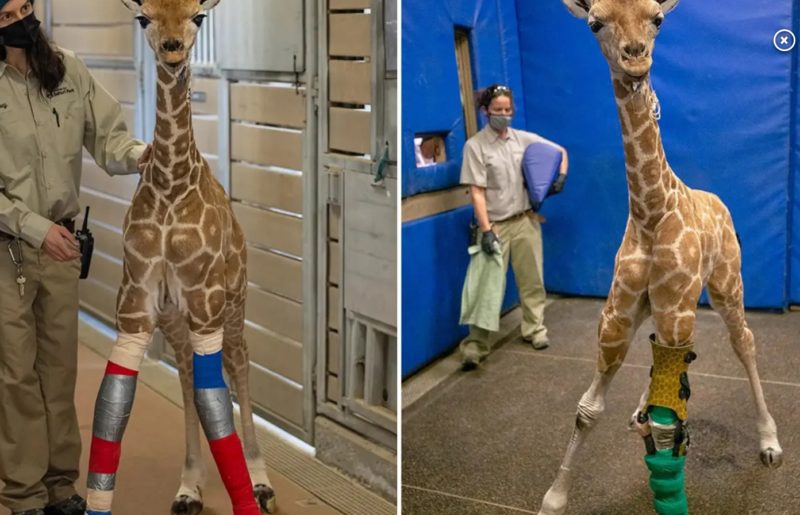 To disguise the alien object and help Msituni adapt, the clinic added “giraffe” coloring to some parts of the orthoses.

“I have a huge sense of accomplishment. I have never worked with wildlife before,” says Ara Mirzaian, certified orthopedist at the Hanger Clinic.

According to zoo workers, Msituni’s adaptation was successful.

Now she is with the rest of the herd in the Savannah of the safari park, located on an area of ​​60 acres of land and imitating the nature of East Africa.

Thanks to orthoses, life in natural conditions next to relatives became possible for Msituni. 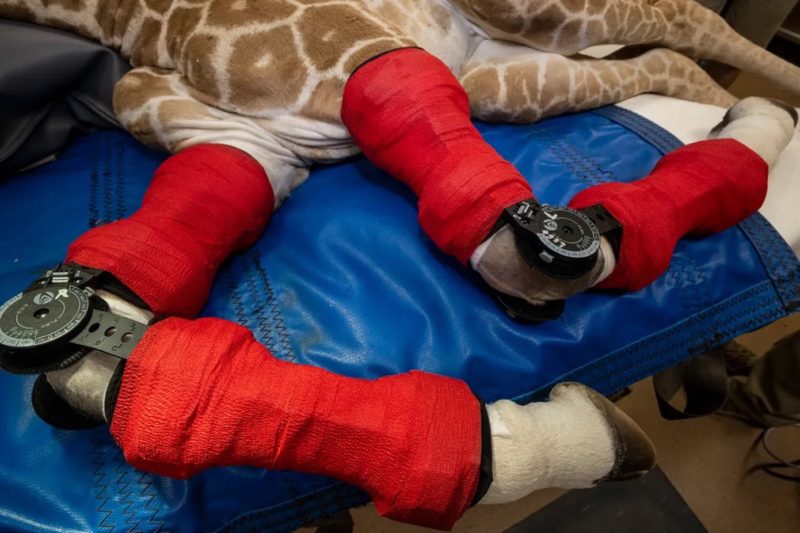 “Her bond with the herd is growing. She will be able to learn the behaviors and skills that every young giraffe needs,” Kristi Burtis, director of wildlife conservation at the safari park, told the New York Post.

According to scientists, less than 100,000 giraffes now live in their natural environment.

Over the past 20 years, the number of animals has decreased by more than 40%. This happens for several reasons.

Droughts and climate change are forcing giraffes to leave their habitats. The herds are also targeted by poachers.

“The birth of each animal of this species is a very joyful event. And the survival of Msituni after so much adversity makes it even more remarkable,” says Kinney.

The dog resigned that no one needed her and always kept her face down, but everything changed after meeting her new family
Animals
0 504