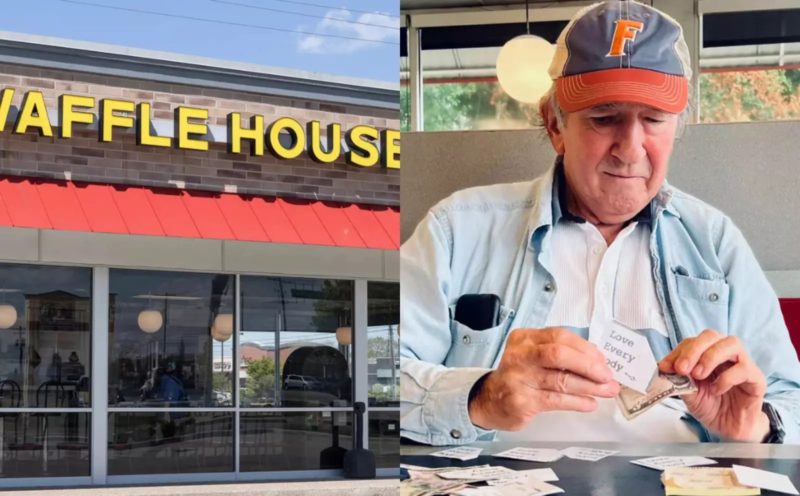 Kevin Keith from Florida was dining at Waffle House in Midway when he spotted a man at a nearby table attaching $1 and $5 bills to small notes.

Kevin became curious and approached the stranger to find out what he was doing. 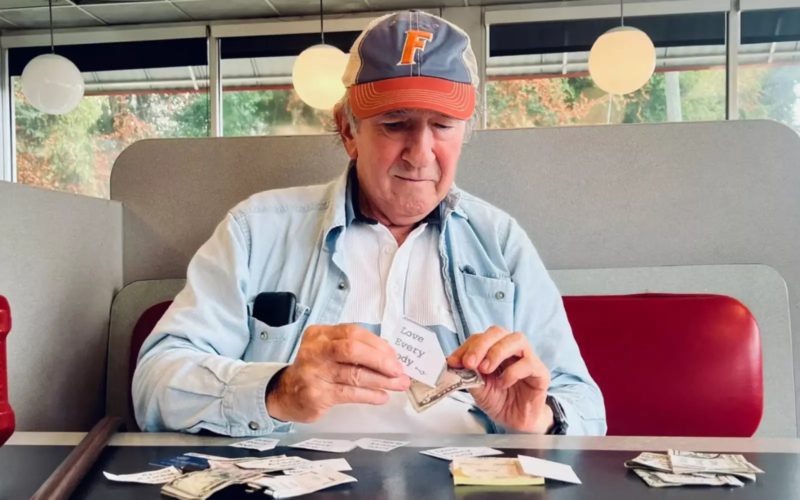 The man said that he regularly distributes money to adults and children at the Waffle House and other establishments in memory of his late mother.

He attaches a note to the money with the phrase “Love Everybody” and good wishes. These were the last words of his mother before her death.

The man has been handing out money and notes since 2014. He has already given strangers over $13,000, writes the New York Post.

Kevin Keith posted the story on his social media, where it quickly went viral with over 63,000 likes and 10,000 comments. Many users thanked Kevin for sharing the details of his conversation with the elderly man.

“Thank you so much for this post. It helped me remember that there are a lot of good people in the world.”

“Wow, you have no idea how much this story means to me. I spent a lot of time on sad reflections and depressing evenings, and only now I remember the joy that I felt when I helped those in need.”

“Loving and caring for others is what you really need to invest time and effort into.”

98-year-old woman meets her daughter for the first time after 80 years of separation: emotional video below
Interesting News
0 103