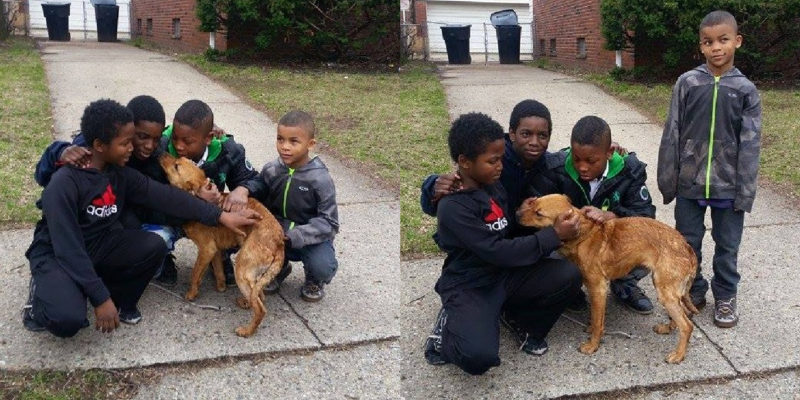 Four years ago, together with their friend Andrew Daniels in Detroit, their hometown, they were helping a woman who had to move. Suddenly, they were faced with an apparently horrific scene. 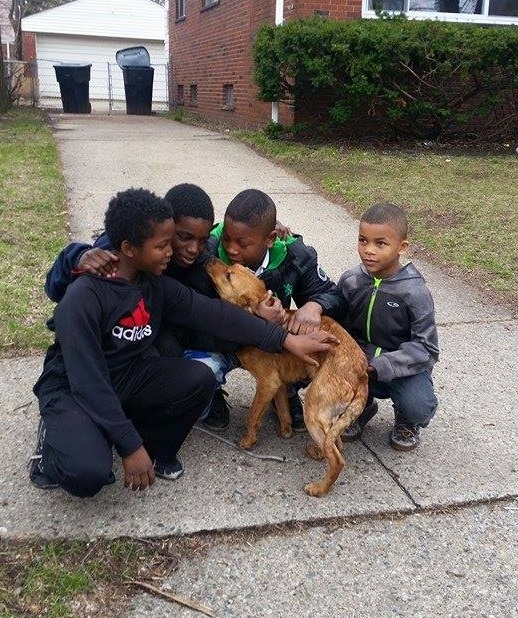 They found a poor abandoned dog tied with bungee cords to the back of the house. He was exhausted, trembling, afraid. He was in a very bad state.

The children knew they had to act quickly: they immediately wrapped the dog in a jacket to keep him warm before freeing him from the cords and taking him home to drink and feed. They named him Sparkle. 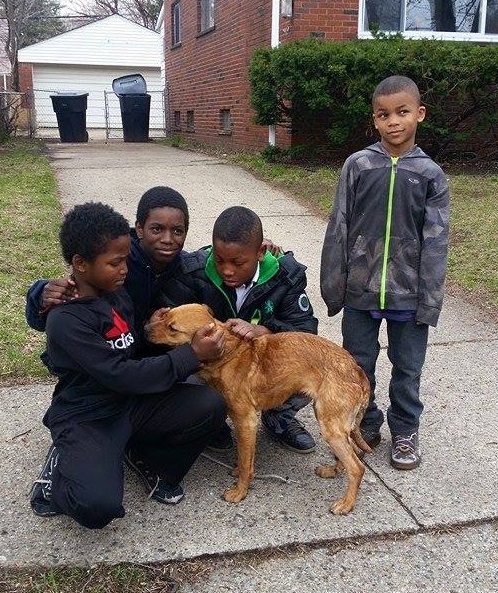 Walking around the neighborhood with Sparkle, the children met volunteers from a nearby shelter who were told the dog’s story.

Volunteers thought he might be suffering from scabies and so took him to the vet. They posted a heartfelt thanks to these little heroes on Facebook.

The children were very protective of this little dog. Luckily, he was fine, so the volunteers got to work to find him his permanent home as soon as possible.

But first they found him an adoptive mother to have all the love in the world.

The children, like real heroes, meanwhile also rescued two other dogs in the neighborhood. Their families can’t help but praise these little heroes who go out of their way every day to help the distressed animals they encounter in their Detroit neighborhood.

Couple converted a sprinter van into a tiny home, and use it to travel around Canada and foster vulnerable dogs
Animals
0 231

During the concert, Pink saw a poster in the crowd of fans and stopped the performance: everyone was crying
Interesting News 0 640