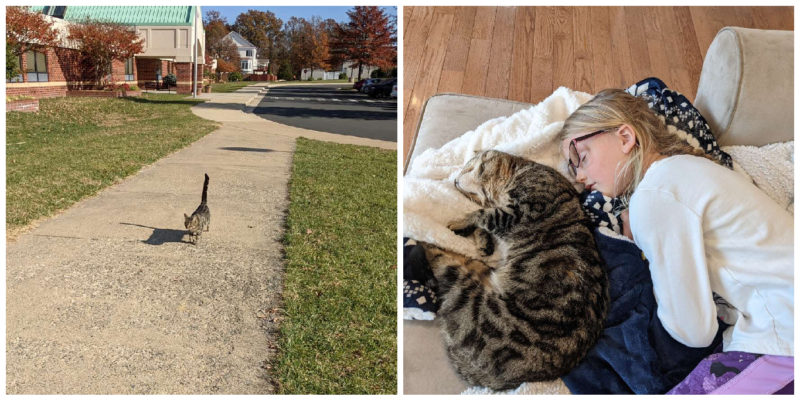 Heather, a mother of two and Luna’s owner, took the cat from the shelter two years ago, at the start of the pandemic.

The cat very quickly became accustomed to the family and became especially attached to the boy and girl. 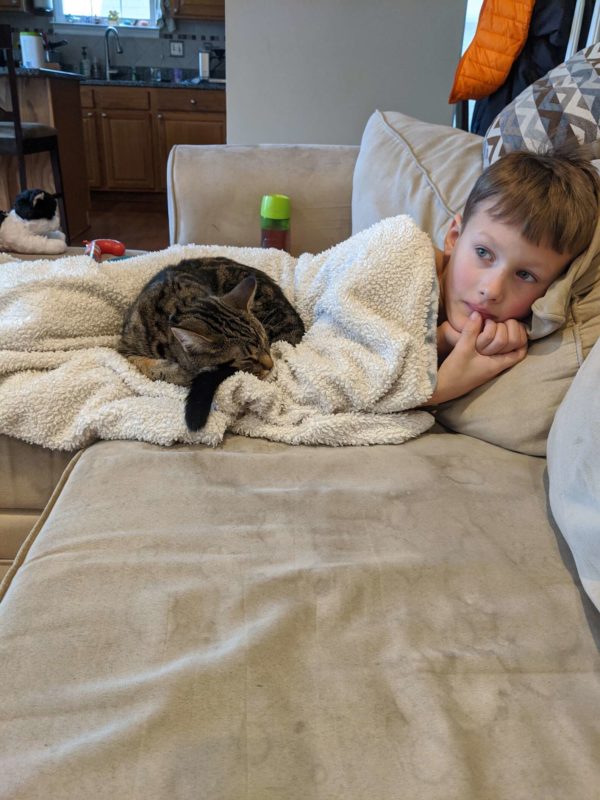 Because of the lockdown, the children spent a lot of time at home, and the cat was absolutely happy.

She accompanied them everywhere, went out with the children for a walk. 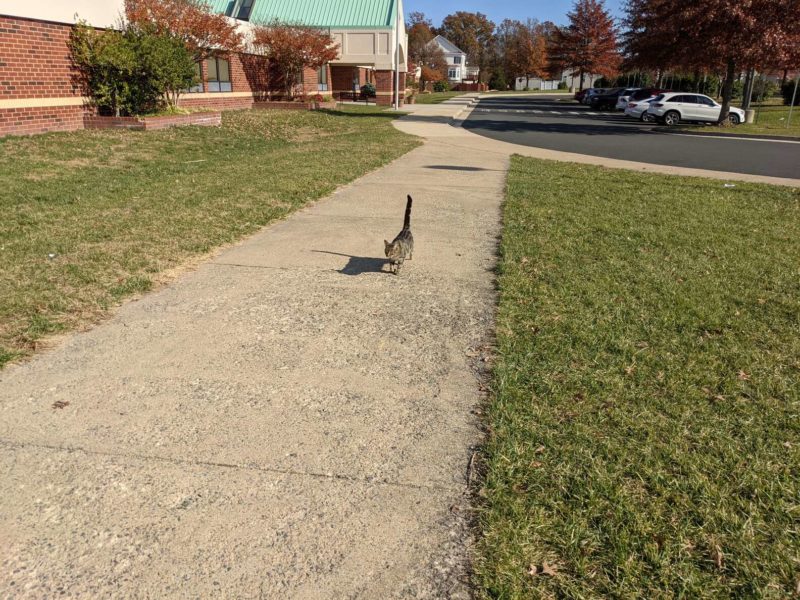 While the children were homeschooled, Heather went to school every day for the free lunches and Luna ran after her.

When the children returned to full-time education, Luna did not give up the habit of accompanying them everywhere.

She spent every minute at home with them, trying to arrange herself so that they could not escape from her anywhere.

And when the boy and girl went to school, Luna ran next to them.

But one day, the separation became unbearable for her; just seeing the children off to school was not enough for her.

One day, Luna decided that she also wanted to study.

She quietly slipped into the school after the children, but she was quickly exposed. 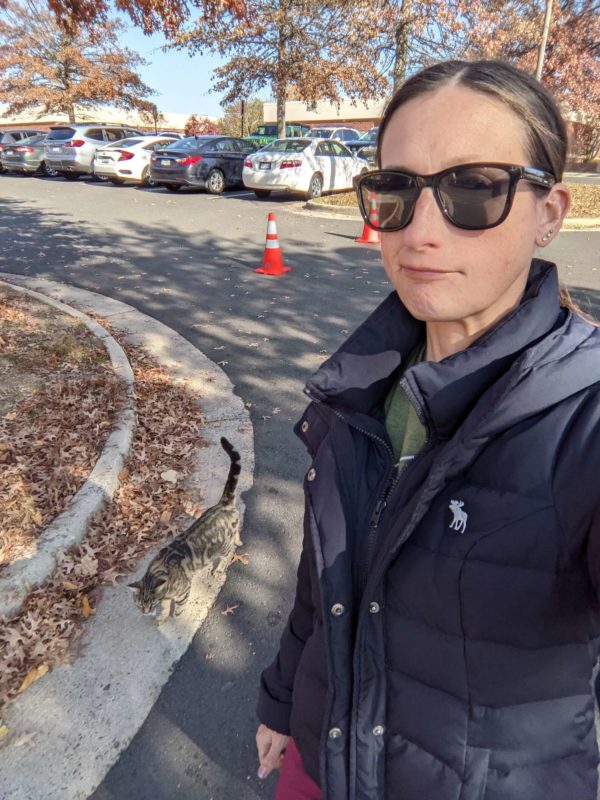 Luna was caught and reported to her owner.

Heather was amazed at the feline insolence; she apologized to the teacher many times.

When Heather rushed to the school, Luna was slightly away from the main doors, through which she tried to get inside – as if waiting for the right moment to rush inside. 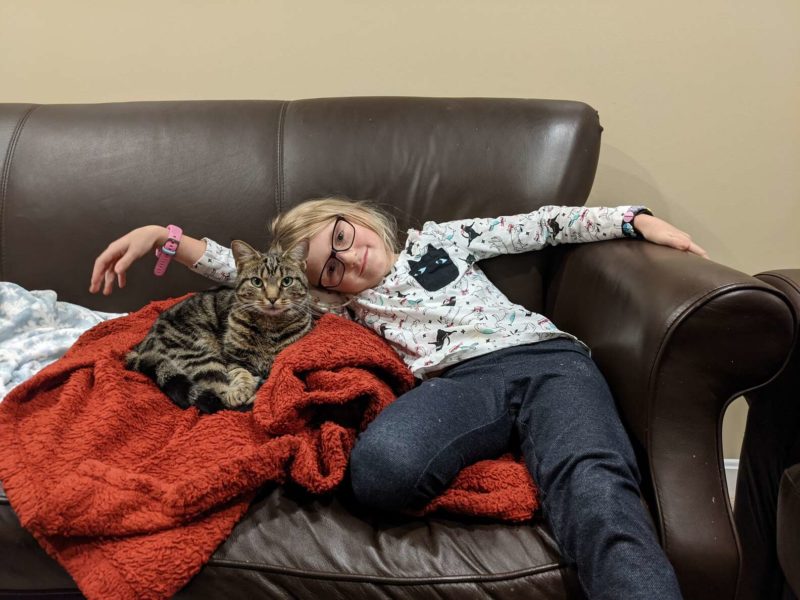 But, as soon as she saw Heather, the cat pretended that nothing had happened.

They managed to lure the cat home only with the promise of food.

When the daughter and son returned from school, Heather told them about Luna’s trick.

The children found it terribly funny. Well, do not despair – we are sure that the cat will try again.

During a walk, the dog suddenly began to dig the ground and found a treasure valued at $10 million
Interesting News
0 279

Woman shared food with a homeless man on the street, and the next day she found out it was Richard Gere
Interesting News
0 184

The woman had not cleaned the house for 20 years, but it remained clean: only in retirement did she reveal the secret
Interesting News
0 1044

Someone threw the puppies into a well, and a venomous but extremely friendly cobra helped them
Animals
0 3287