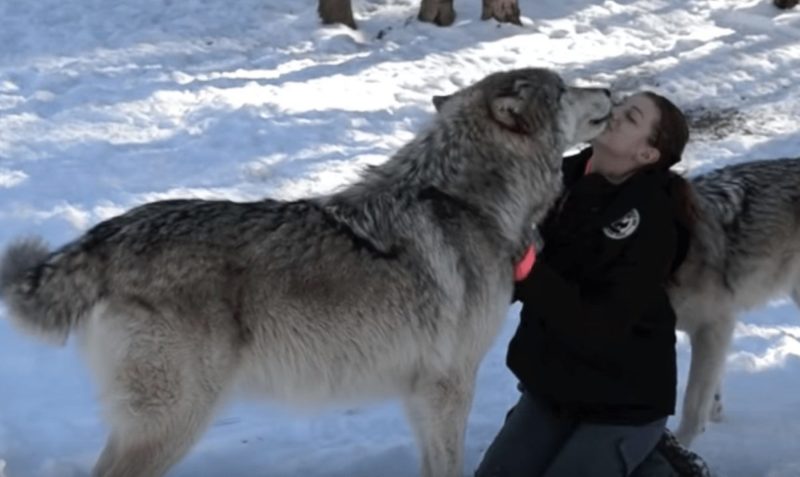 Despite being magnificent and beautiful, wolves are wild predators, and it’s dangerous to be in their surrounding.

But it doesn’t refer to this woman, who not only doesn’t have any fear of these beasts, but loves them and takes care of them. Even more, she plays with them and enjoys their love and cuddles.

Danielle is a great nature and animal lover, who works at the Colorado Wolf and Wildlife Center. She is in particular a big wolf lover.

The kind caretaker adores the wolf, named Kekoa, who is eight-year-old. They meet each other every day, and each time, the wolf see her, his reaction is just heartwarming. 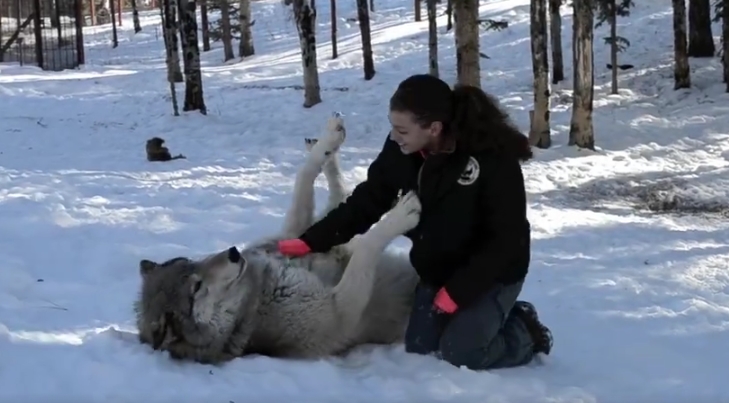 The center captured the adorable moment of their meeting, which was shared on the social media pages and went viral.

The touching footage shows Kekoa playing with Danielle, who can’t stop cuddling and hugging her beloved friend. He licks her face, like a dog. 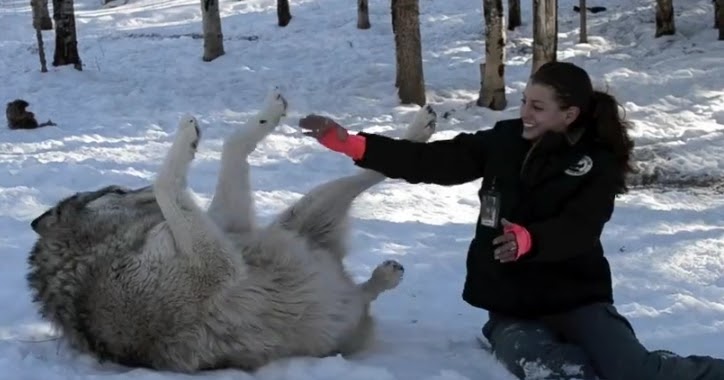 Kekoa came from Florida. His name means “brave one”. He and his sister Sakara were brought from the Sea Crest Wolf Preserve.

Kekoa is a huge animal, who weighs about 120 lbs and, despite his massive size, he is very calm and gentle. The wolf is a friendly and sociable creature. 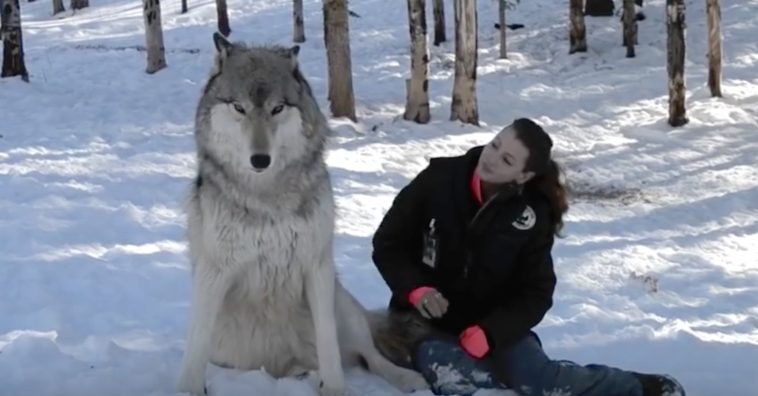 During the meetings and playing with her favorite animal, Danielle doesn’t show any fear, she trusts the timber wolf. She is honored to be accepted by the wolf pack.
The video, which you can watch below, has been viewed more than 10,000,000 times, where the gray wolf is interacting with his brave human in the snow.

Interesting News 0 20
Siamese twins are very rare, but nature sometimes amazes us. In the small town

The Scottish SPCA rescued the adorable tiny baby badger Lavender, which was lost in the forest
Interesting News
0 317