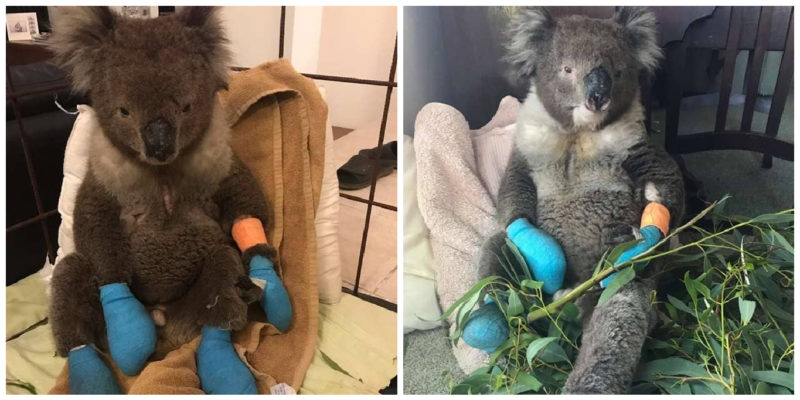 A koala named Billy was found sitting in a tree in the backyard.

Everything around was burnt out from the fire. 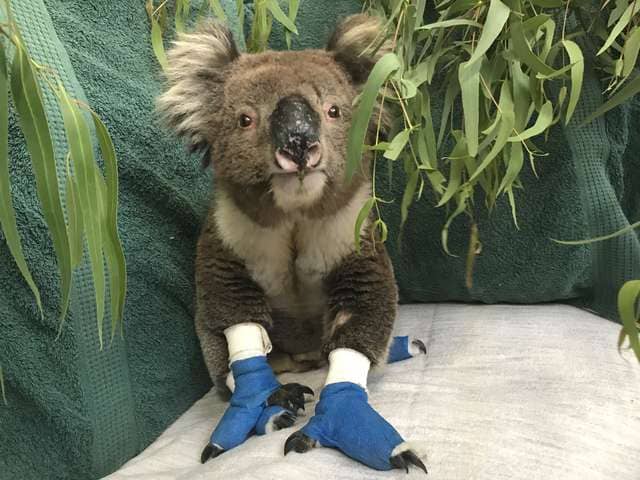 When people removed the koala from the tree, he made a plaintive sound and immediately rolled into a ball – as if he understood that salvation had come.

Billy went to Lucy and Adam Francis, who are engaged in the rescue and rehabilitation of injured koalas.

All four legs of the poor animal were badly burned. 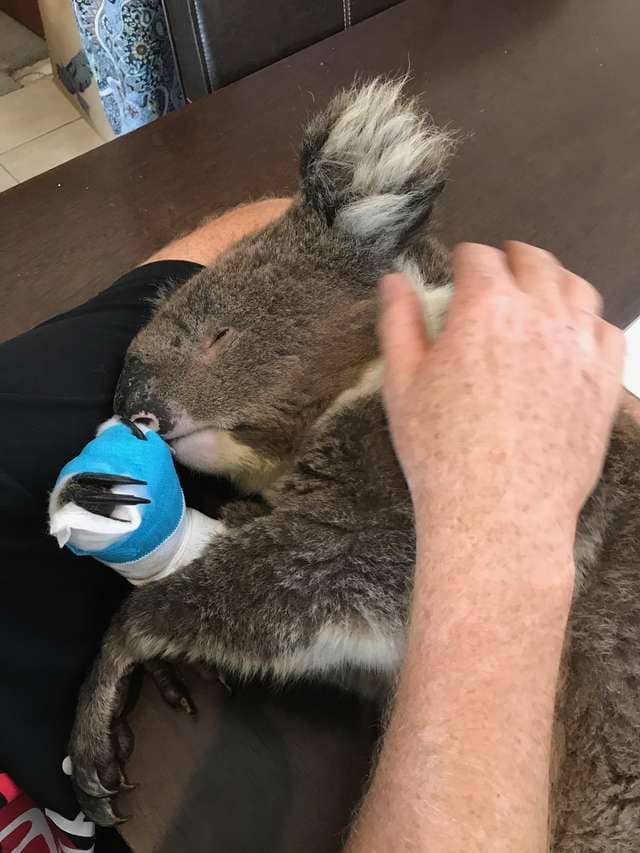 He was taken to the vet, bandaged, and then taken home to recover.

“Since his paws were bandaged, he could not climb and be in a normal koala enclosure, so we had to build a small enclosure for him right in our kitchen to be always there,” says Lucy Francis.

“We put a camping mattress for him, and a pillow in the back, so he could lean on it. Because Billy couldn’t sit in the usual koala position. He was clearly in a state of shock, terrified and covered in black ash from the fire.”

Billy is quite large, and Lucy and Adam feared that he might behave aggressively. Besides, he was clearly not in the best frame of mind.

However, it was quickly discovered that Billy’s character is very affectionate.

“When Billy first got here, he could have bitten my husband’s hand if he had a harder temper, but he just sniffed and licked it,” says Lucy. – We have a very close relationship. He allows us to do all the necessary procedures and is very trusting of us, although he is one hundred percent wild koala.” 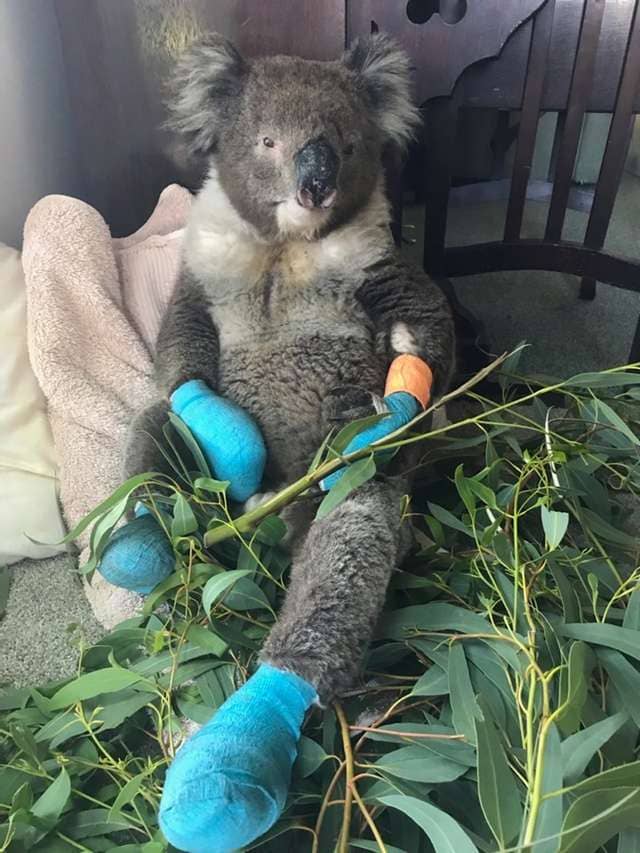 At first, Billy was so weak that he could not even eat normally. He was given vitamins and special supplements to speed up his recovery.

Now he has already gained strength.

It will take some time before Billy is released. But for now he is relaxing in a safe environment.

Of course, he would be happy to return to freedom – but his guardians say they will miss him.

“We can’t wait to see him completely healthy and release him on a big, lush eucalyptus, but we’ll miss him a lot,” says Lucy.