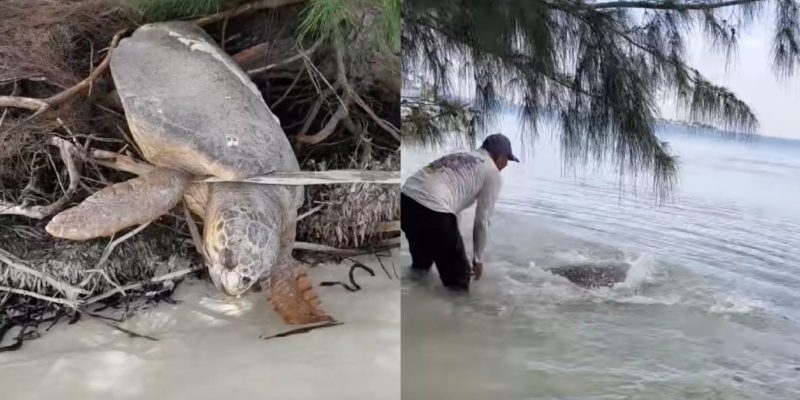 One day, while traveling with his family on a boat, Miguel Escobar noticed something that caught his attention.

There, far off the coast, he noticed a large sea turtle. 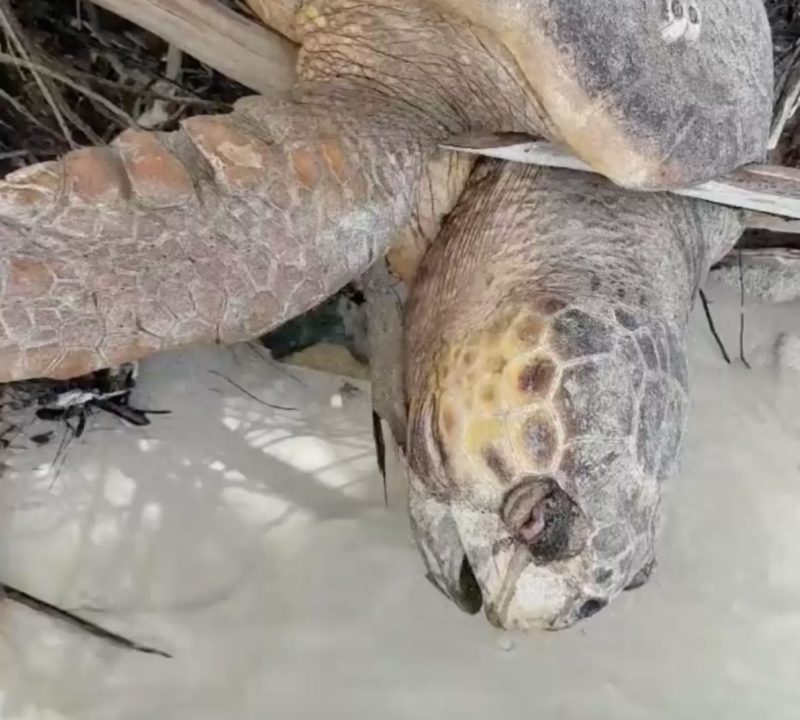 At first, he thought that it was dead. But he decided to come and make sure of it.

What he saw broke his heart.

The turtle was alive, but it looked like it had no hope of life at all.

She got tangled in the roots of a tree near the water, and the family was very sorry for her. 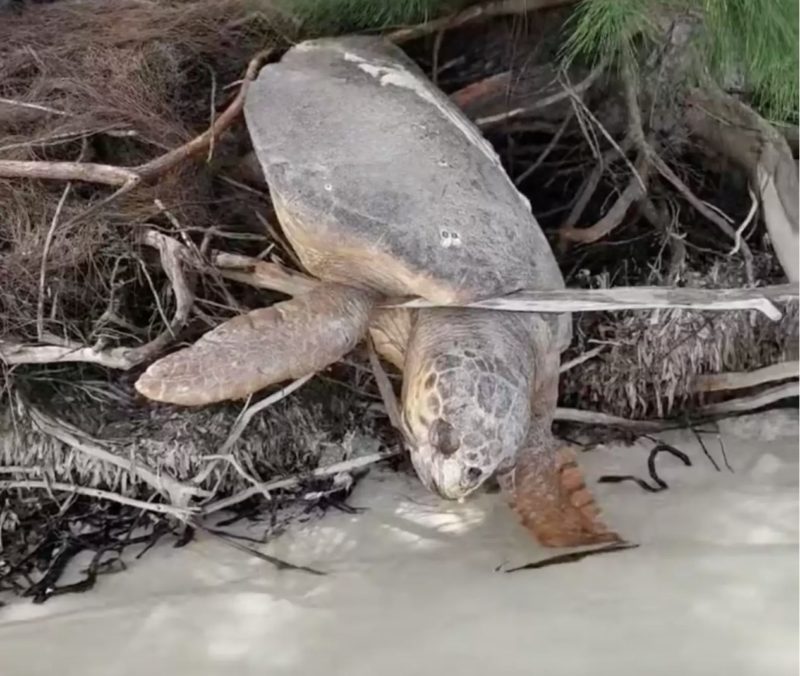 If the turtle had remained in this state for some time, it would probably have died.

Noticing Miguel and his family, she became motionless.

Miguel began to pull up his boat and approach the turtle.

As soon as he touched her a little, she began to move and, showing signs of life, took a deep breath.

Escobar then decided to save her by any means necessary.

He found a knife and began to cut the root of the tree in which the turtle was entangled. He cut the roots until they were so weak that they could easily be broken.

After a while, Escobar managed to remove all the roots of the tree and the turtle was free.

And in a fraction of a second, after the turtle was released, she immediately became energetic.

Escobar thought that the turtle needed to rest on the shore and gain strength. However, after he freed her, she instantly swam away with energy. 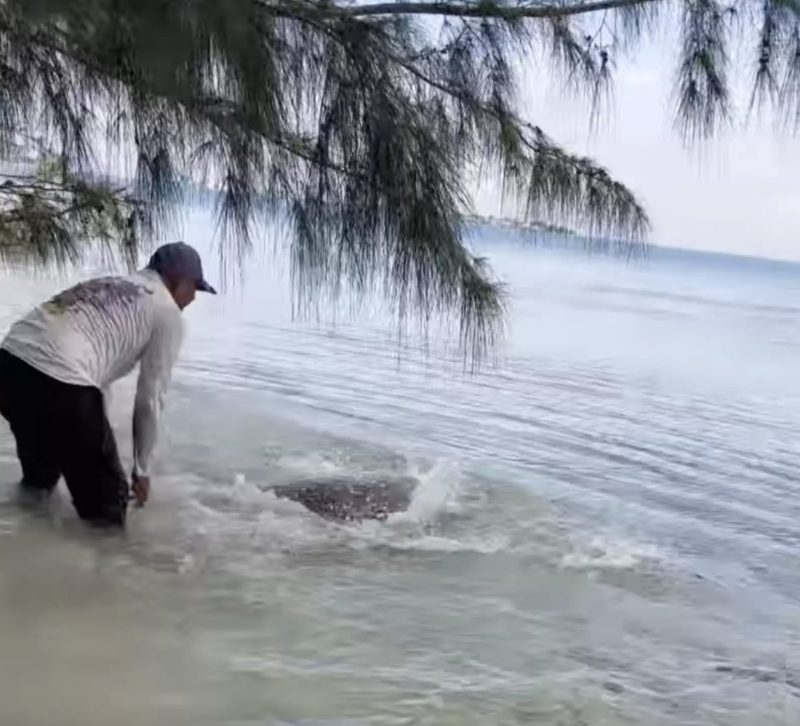 She was happy that she got a second chance at life.

She lingered a little near the shore, then decided to swim away.

Escobar believes that the turtle became entangled in roots after she came ashore to lay eggs.

But now, after he saved her and when she is free, her offspring is safe. Escobar said that he was happy that he could help this creature and that it was the most wonderful feeling.

Husband refuses to leave his wife after a fire ruined her appearance, shows the meaning of true love
Interesting News
0 430