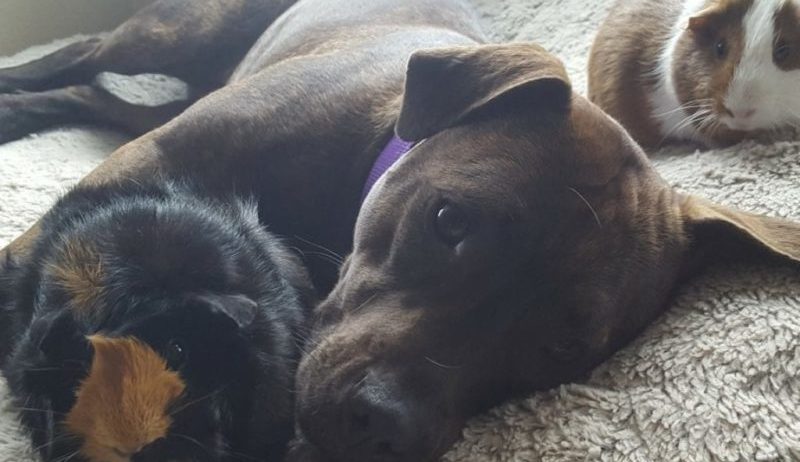 A two-year-old pit bull named Moki was found on the street.

Her owner got into a difficult situation and ended up on the street. 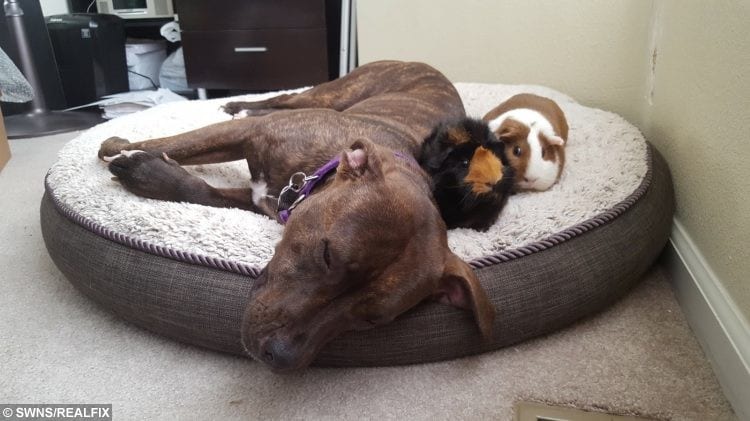 He no longer had the opportunity to take care of a pet, and Moki became a stray dog.

But luck smiled on the pit bull – in the San Francisco city shelter, where she was taken after being captured, she was noticed 44-year-old Kristy Gamayo.

Kristy has two guinea pigs, Frida and Pandora. After bringing Moki home, the woman was a little worried about how the dog would react to them. 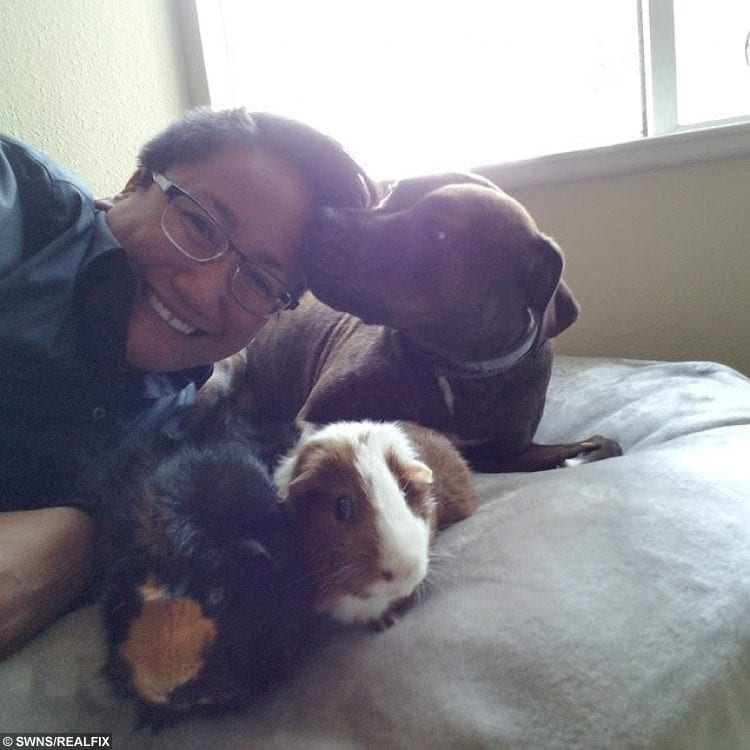 She did not want her new pet to frighten or, worse, bite her guinea pigs. But her fears were in vain – from the very first minute, all three liked each other.

First, the dog sniffed the guinea pigs through the bars of the cage, then got to know them better while Kristy held the animals on her lap.

For several months, the owner would sit the guinea pigs on the couch and let Moki nuzzle their soft fur. 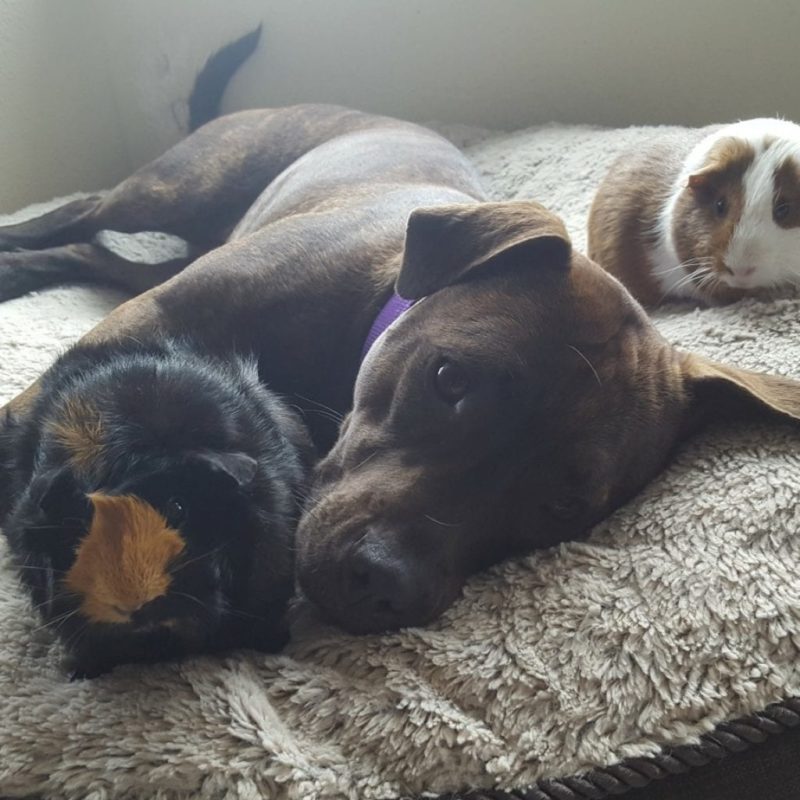 When the woman realized that there was nothing to be afraid of, she released the rodents on the floor – and after half an hour she found Frida and Pandora resting in the arms of Moki.

Since then, the rescued pit bull and her two new friends have been inseparable.

They doze together, sitting on Moki’s bedding, and at night she carefully licks their fur.

Kristy said she didn’t feel connected to any of the dogs at the shelter until she saw Moki. 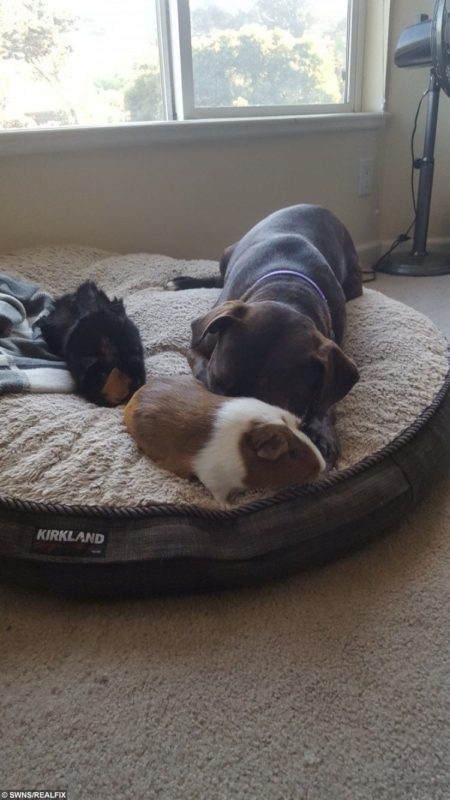 The pit bull didn’t bark or growl. She looked very sad, and Kristy immediately wanted to take her home.

Having learned that guinea pigs live at Kristy’s house, the shelter staff began to dissuade her from the dog.

They were afraid that Moki could harm the rodents and even kill them.

But Kristy decided to take a chance. And not in vain!

“They’re such a good team, and they look so cute together,” Kristy says. “They are perfect with each other.”

In South Africa, an incredible incident took place that reminded eyewitnesses of a scene from the popular movie The Lion King
Animals
0 295

Peanut, the cat with close-set ears and a sharp face, looks just like a bunny and it’s adorable
Animals
0 158
Our Top Posts