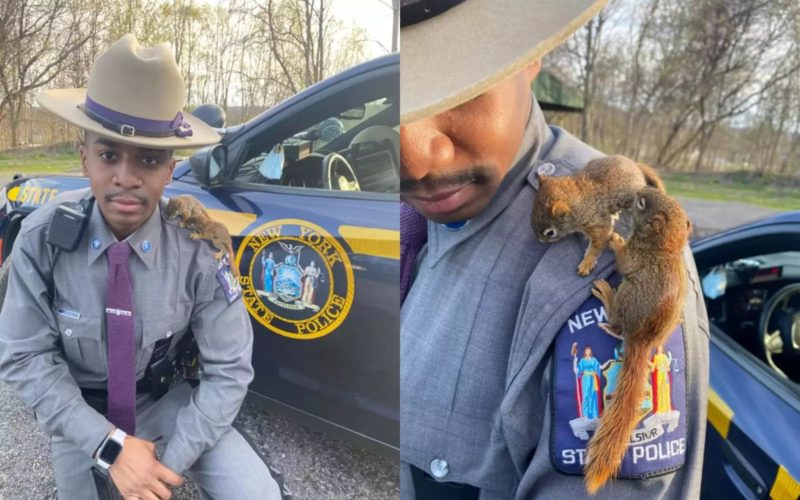 Last week, a New York State Police Officer named Lee LaVonte was driving down a busy road in Ithaca when he noticed some activity on the side of the road. 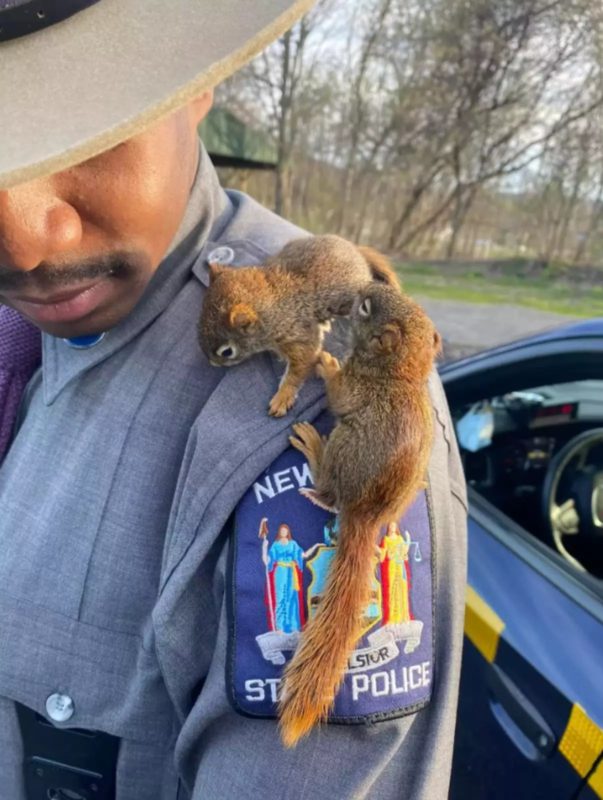 The man stopped, got out of the car and found two tiny squirrels next to the road in need of help.

The little ones were all alone, and Lee couldn’t just leave them.

Often squirrels are found on the ground when they fall out of their nest. And in such cases it is better to return the cubs back as soon as possible.

So Lee carefully took the animals in his arms and went in search of their home.

The policeman found a nest of squirrels in one of the trees growing near the road.

The man tried to put the squirrels in the nest so that their mother would find them. But they stubbornly did not want to leave their savior. 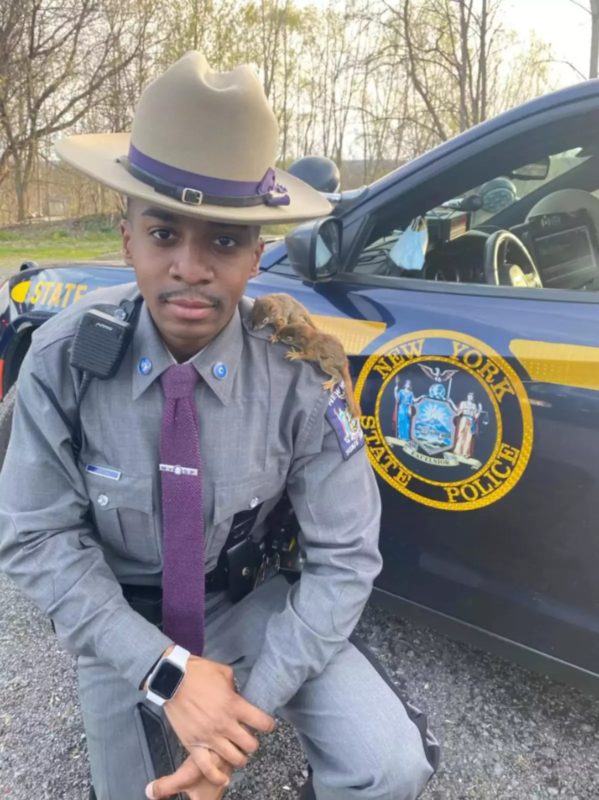 Lee let the babies run around in his arms for a bit. And when they got tired, he put them in the nest and left.

On the same day, the kindness and thoughtfulness of the policeman was noted not only by his colleagues, but also by thousands of social media users who saw photos of Lee and baby squirrels in the official account of the New York State Police.

In California, the owner of a house burned down in a fire found her miraculously saved cat
Animals
0 112

The deaf and blind dog was even afraid to walk, but he got a loyal cat friend who changed his whole life
Animals
0 224