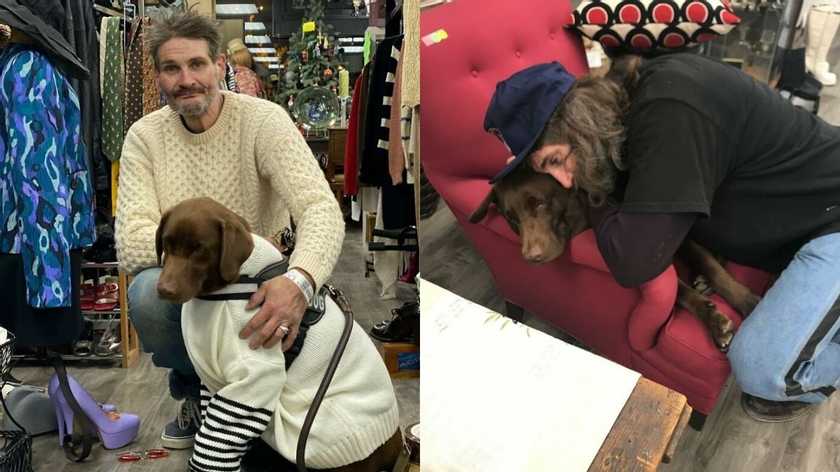 A man named Jimmy Nicholos had only his beloved dog, Boots.

Jimmy has been living on the street for many years. 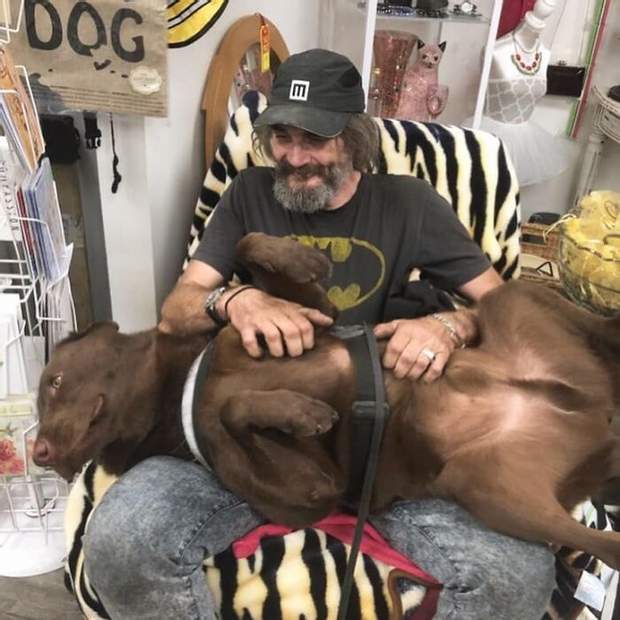 Often people who live on the street consider dogs to be their only and best friends. So it was with Jimmy and Boots.

But one day the dog disappeared.

Although Jimmy doesn’t have a home, he works at the Start Rescue thrift store in California. On New Year’s Eve, a woman came into the store and offered to take Boots to cut the dog’s hair. 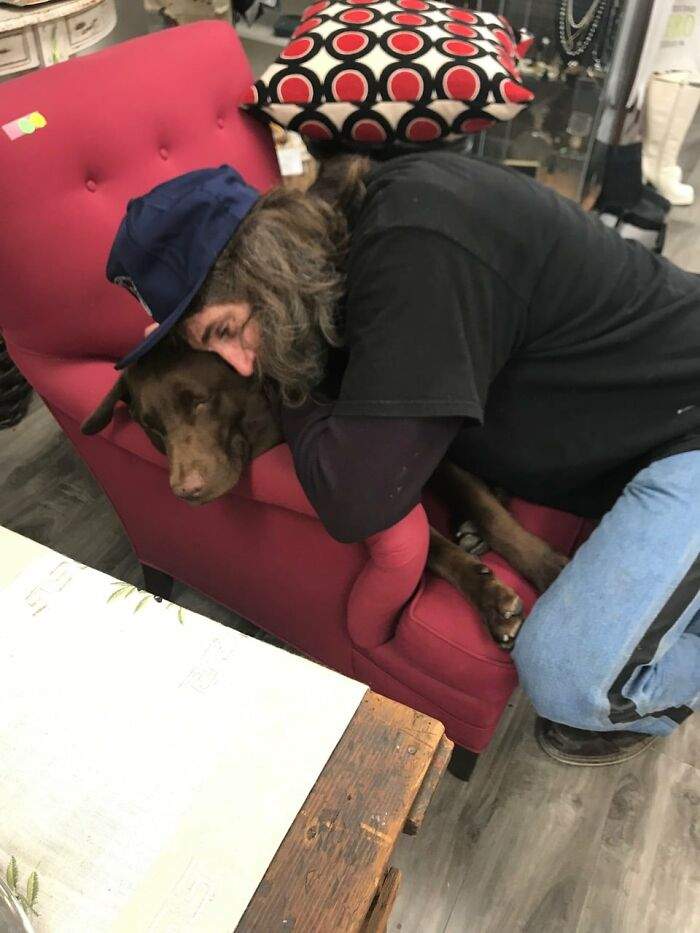 This woman had helped take care of the Labrador before, so Jimmy was happy to let her take his dog for hygiene.

And then Boots disappeared.

The woman said that she took the dog for a walk in the park, and the dog ran away. Jimmy had no choice but to contact the police.

A $10,000 reward was promised for the dog’s return. These funds were raised by caring people, as well as the owners of the store where the man worked. 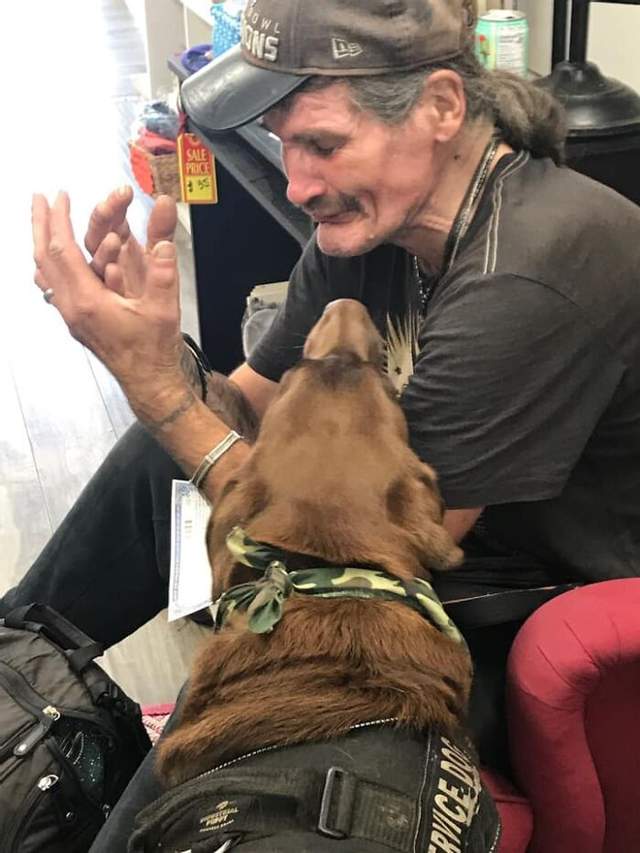 They even hired a private detective to search for the Labrador.

“He was everything to me. He was my child,” Jimmy mourned.

Some time after the dog’s disappearance, Jimmy was called in by a local TV station to talk about his grief. 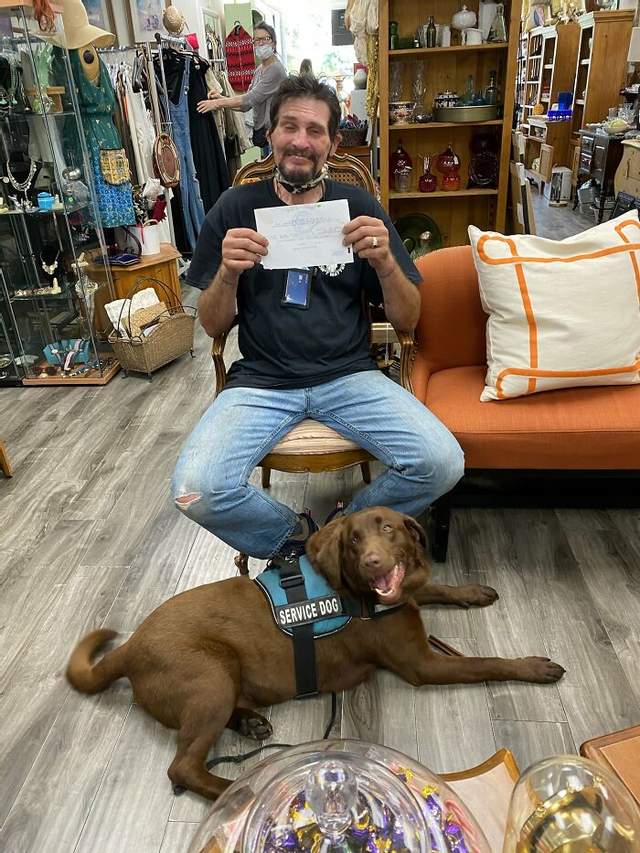 A few minutes after the show aired, the editorial office received a call. The man said, “I have your dog.”

The meeting of best friends took place at the local police station.

Jimmy couldn’t believe for a long time that his dog would be there, but it was Boots, alive and well.

Every year, firefighter fosters a different shelter dog on the anniversary of his beloved dog’s passing
Animals
0 93

Stray pit bull heroically saves a woman from an attack with a knife, risking his own life and receiving serious stab wounds
Animals
0 360

After 4 years of living on the streets, pit bull Gucci is reunited with her family
Interesting News
0 129