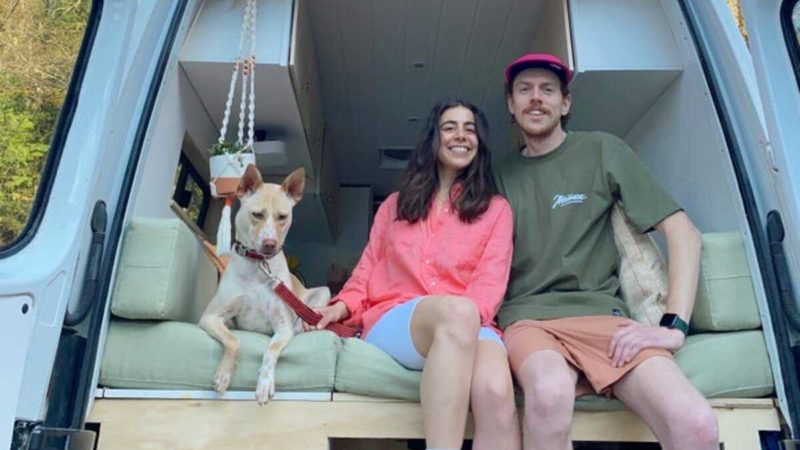 Sabrina Mazzotta and Nick Bollen live in Canada. In 2020, the couple purchased a Mercedes Sprinter for around $20,000.

The couple decided to live in a van and move from place to place. 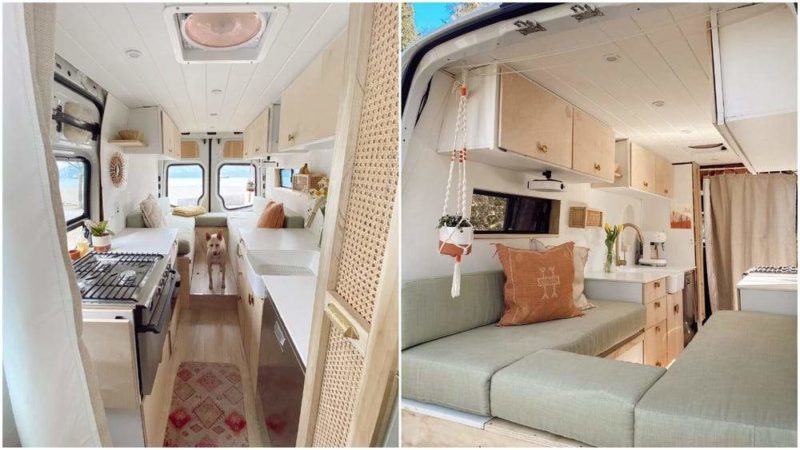 The couple used to live in a van while traveling in New Zealand.

And then they decided to buy their own van and live in it permanently – partly influenced by high housing prices in Toronto.

Nick is the owner of a web design company. Sabrina also works for this company.

The couple can independently form their own work schedule. Living in a van does not interfere with their business.

Sabrina and Nick often traveled between Canada and Australia, because they are from these countries. 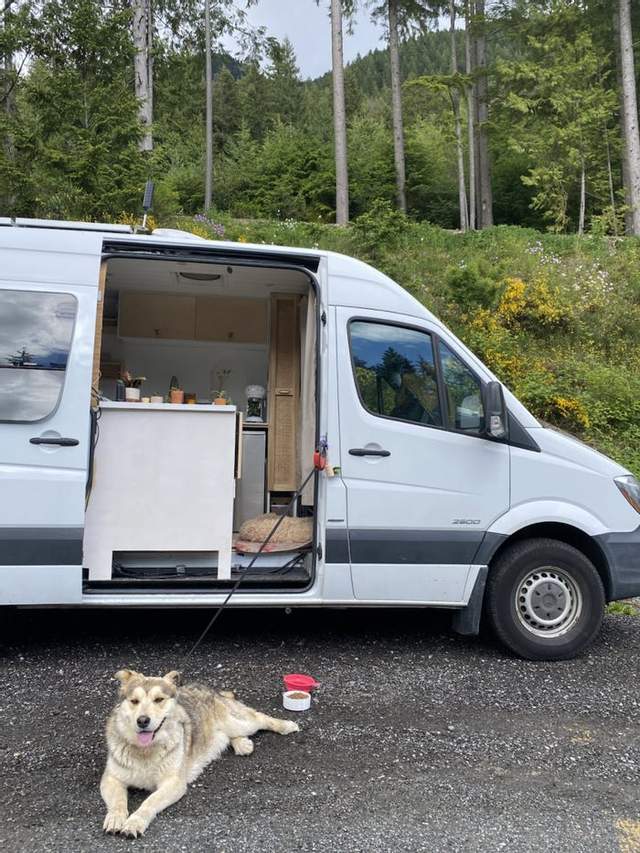 Therefore, the life of travel was familiar to them.

The couple has long since reduced the amount of personal belongings to a minimum.

Living in a mobile home, they try not to buy too much, reuse things, hand over plastic and other materials for recycling.

Despite the small space, Nick and Sabrina want to help shelter animals.

They decided to take the dogs on temporary foster care until they grow up and find a permanent home. 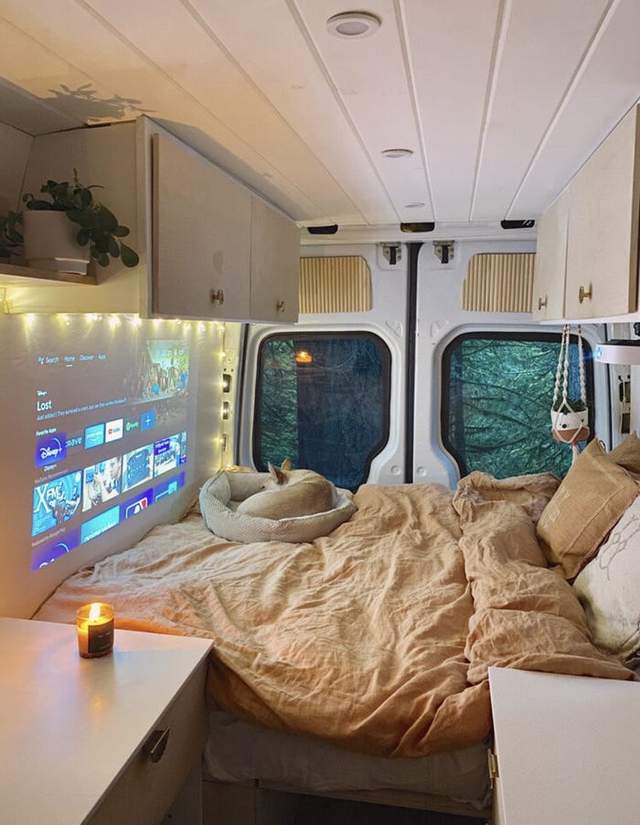 The couple has already raised 5 dogs and is not going to stop there.

The first dog in the motor home was small. But the second was a mixture of husky and malamute.

“It was difficult only because he took up all the space in the kitchen, and I could not go into the bathroom,” says Nick.

Sabrina and Nick try to spend a lot of time with the dogs outdoors, walking and moving so that the animals do not get bored in the house.

And after the epidemic ends and countries open their borders, the couple dreams of traveling the world in their motorhome.

Mom tells family that their cat has died, but then the pet shows up and she realizes she actually buried a rabbit
Animals
0 1212