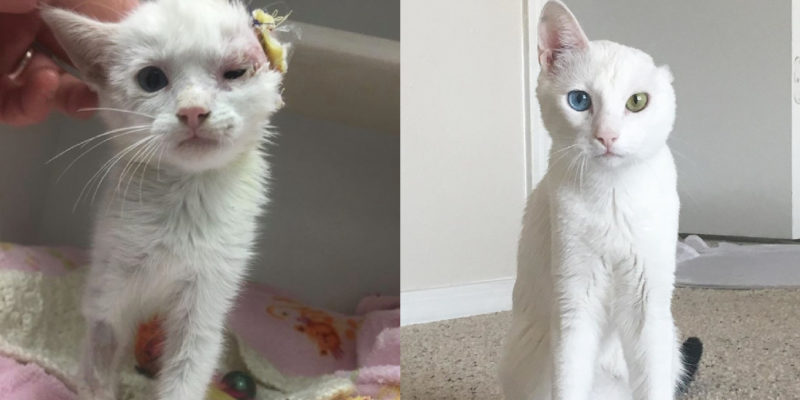 A year ago, Clarissa from Texas found a white kitten in the parking lot.

The kitten was clearly homeless, very scared, and one of her ears was almost completely torn off. 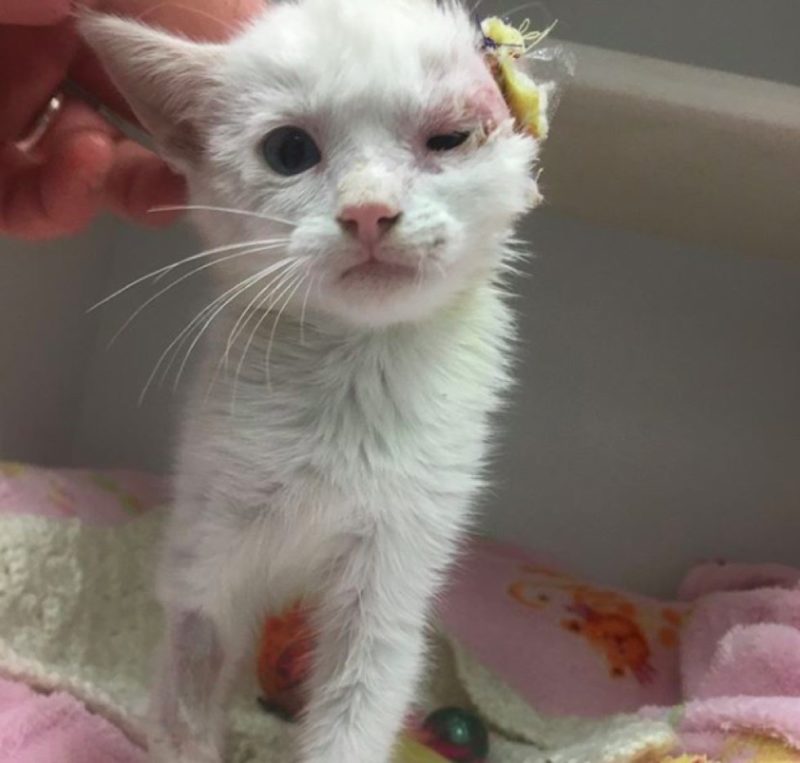 At the sight of Clarissa and other people, the kitten hid under one of the cars in fright.

But the woman really wanted to help her.

So with the help of two passers-by she got the kitten and immediately took her to the veterinary clinic. 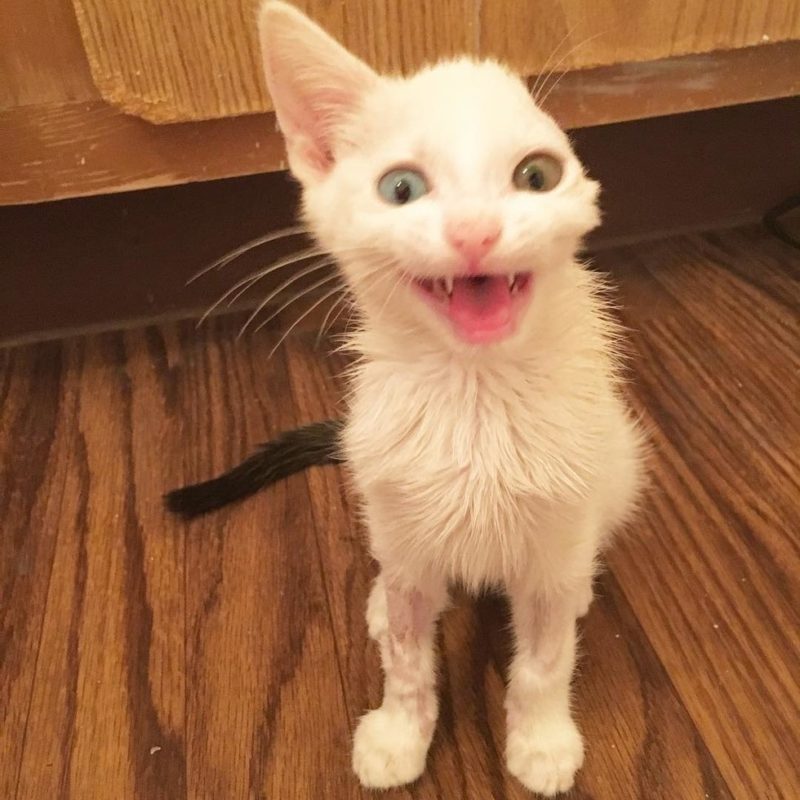 “The hospital said that the ear would have to be removed, it could not be cured. Then the doctor asked me if I would take the kitten with me after the operation. And I immediately said yes,” says Clarissa.

The woman gave the cat the name Vesper and after the operation took her home.

But the path to the baby’s recovery turned out to be more difficult than expected. 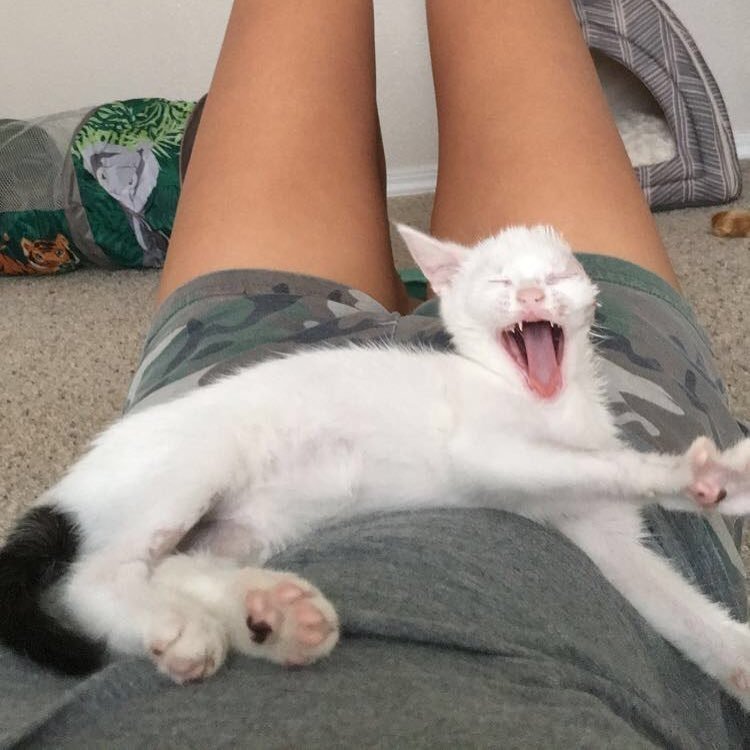 Five days after the operation, Vesper suddenly refused to eat and something serious happened to her.

Clarissa brought the kitten back to the clinic, where Vesper was found to have coccidia (small parasitic worms), as well as the much more serious Feline Leukemia Viral (FLV).

Because of this, Vesper had a very weak immune system. And she would not have lived on the street for a long time.

And then Vesper began to walk strangely, as if stammering. This gait has remained with her to this day, even after she was prescribed a course of various drugs.

“She loves to run, jump and climb everywhere, like ordinary cats. She often stumbles and falls, but immediately rises and continues on her way.” 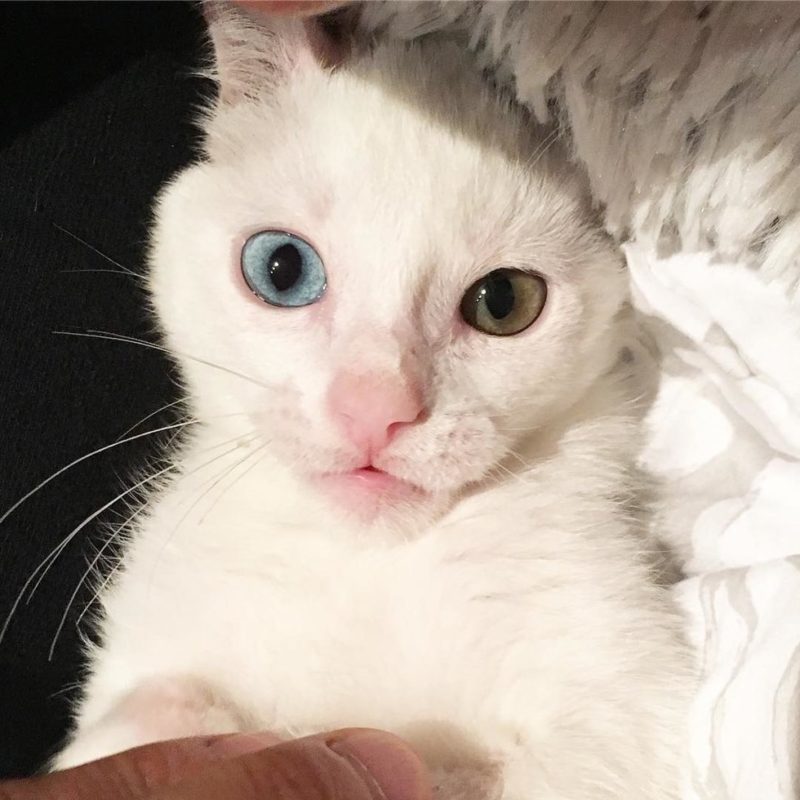 Because of the misfortunes that fell on the kitten, Clarissa considered every day spent together as a blessing.

She was determined to give the kitten her love and care no matter how long she had to live.

Meanwhile, Vesper was slowly growing up. It had been a year since she came into Clarissa’s life, and she was still trying to live. 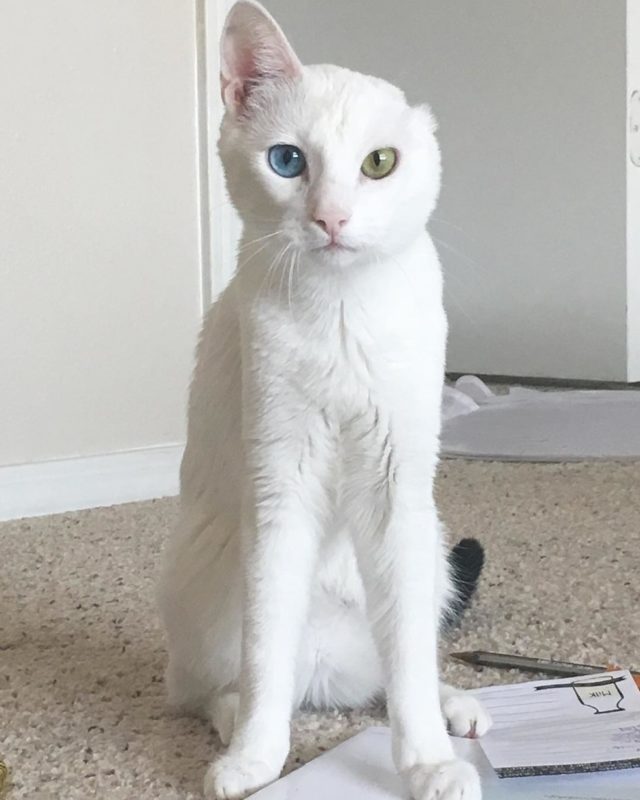 She turned into a very beautiful, graceful cat with different eyes, which was not spoiled by the absence of one ear.

“She’s very sweet, talkative and affectionate. And very tenacious. No matter how many times she falls, she always gets up.”

Golden Retriever saves the life of the owner after he slipped on ice, broke his neck and was left to freeze at night
Animals
1 327

Villagers stopped harvesting field to save 5 cubs of a jungle cat, a protected species
Interesting News
0 79
Our Top Posts