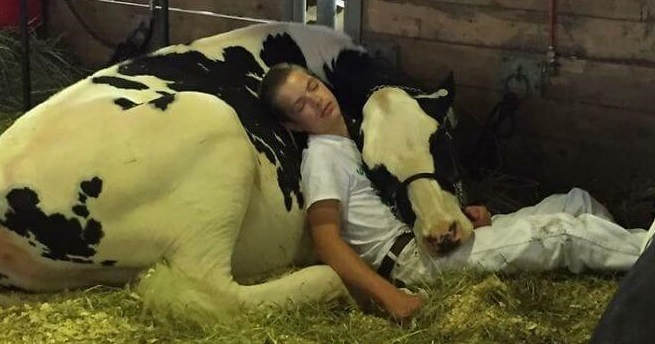 Although they prepared for a long time and worked really hard, they got only the fifth place, in total there were seven places.

As a result, The totally exhausted couple fell asleep, and Mitchell’s father seized the moment to take this stunning shot.

Then he published this photo, and it instantly became popular, gaining more than 15 thousand likes per day. 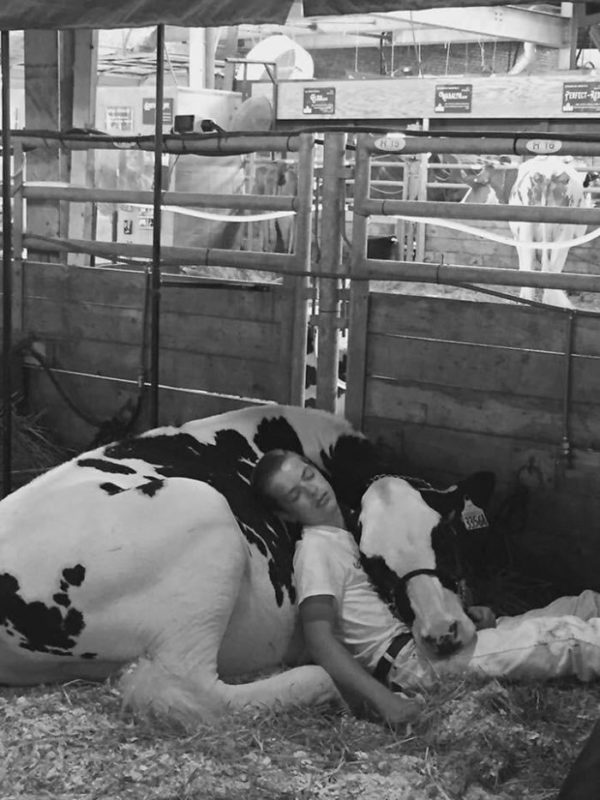 “If you constantly spend time with animals, they become a part of your life,” says Laura Miner, Mitchell’s mom.

Her husband and she herself spent their childhood on the farm, although now they have moved to the city.

However, they really want children not to forget about their ancestry and their origins. 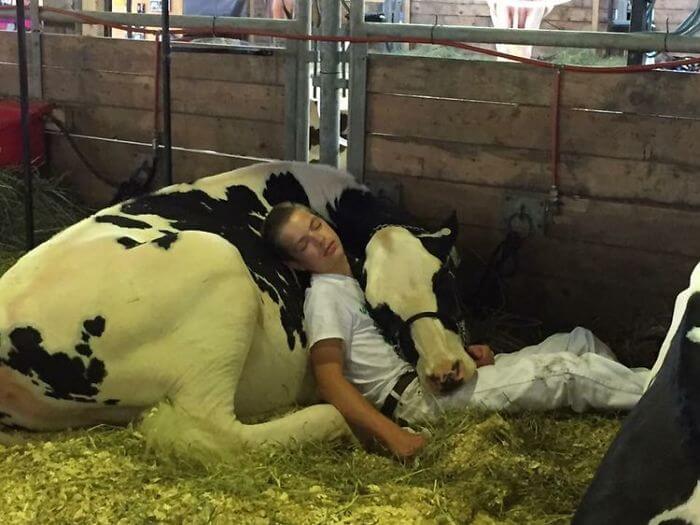 Therefore, the whole family spends the summer on the farm, where the younger generation can experience the real farming life.

“These values ​​have been instilled in us since childhood, so we want to preserve them with all our might.”

As for the sleeping cow Audri, she will soon return to her dairy farm in September after the fair is over.

They did not win the competition, but gained immense popularity on the Internet.

The little boy is seriously ill with the flu, and no one can comfort and cure him except his dog, the rescued pit bull
Animals
0 330

An adorable puppy born with upside-down paws received successful treatment and learned how to walk again.
Animals
0 380
Our Top Posts