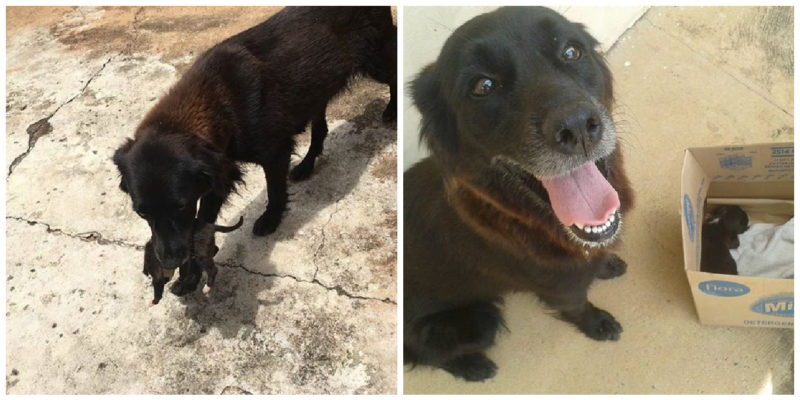 A Brazilian policeman left the house and almost tripped over a small mongrel, which was rummaging in a garbage can. 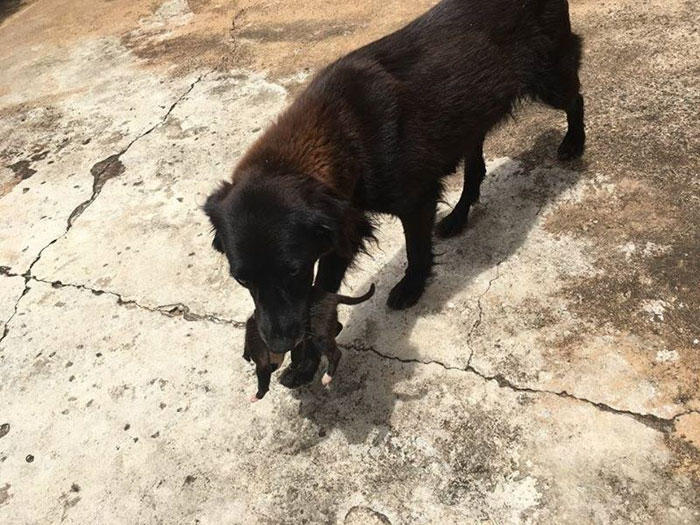 “A common thing, looking for something to chew!” – he thought and went on business.

When he returned home, he was surprised to see the same neighbor’s dog. But now she was holding something in her mouth that didn’t look much like food… 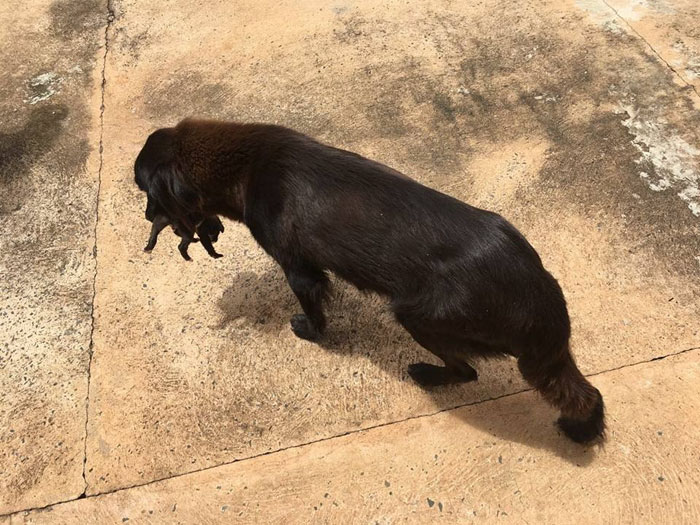 Looking closely, the man realized that the dog had dug up a still living puppy in the can!

The baby weakly wagged its tail and hung limply in the mouth of the new mother.

Then the guy called one of the local volunteers, Marco Antonio Rodriguez.

He came and wanted to pick up the baby, but the dog that saved him began to whine and ask people not to take away the found son from her.

It was decided to leave them together – until the puppy found a new home. 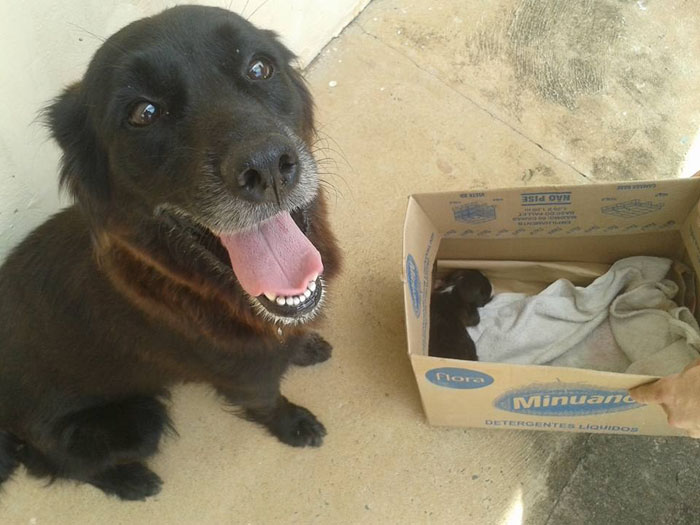 In the meantime, he had to be fed! And Marko turned through Facebook to all the people who had nursing dogs in their homes, with a request to shelter the baby for a while until he gets stronger.

So, within a few hours the baby also found a second “milk” mother, who took him to her breast unquestioningly. 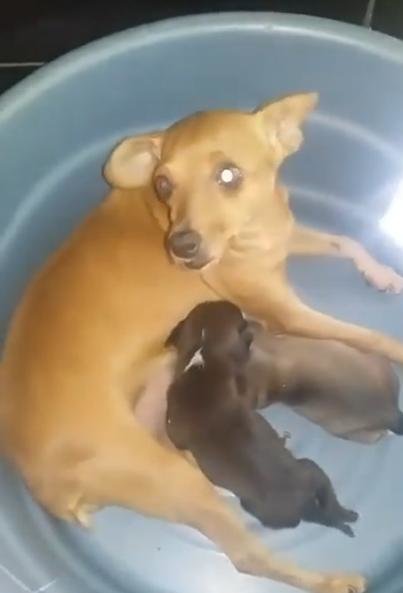 Now the baby is growing up and feels just fine!

Is it not a miracle that an abandoned orphan got so many foster parents at once?

True sibling love: she couldn’t afford a dress for her prom, so her brother made her one
Interesting News
0 49

Like brothers: the incredible friendship of the adopted boy and the dog conquers the Internet
Animals
0 138