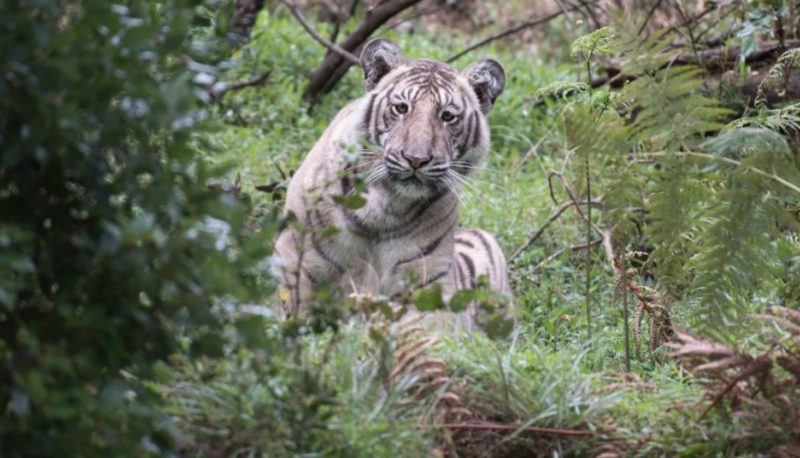 In South India, in the Nilgiri Biosphere Reserve in Tamil Nadu, photographer Nilanjan Ray photographed a tiger with a rare “pale” coloration.

“This is the palest tiger I’ve ever read about,” says Belinda Wright, founder of the Wildlife Conservation Society of India. 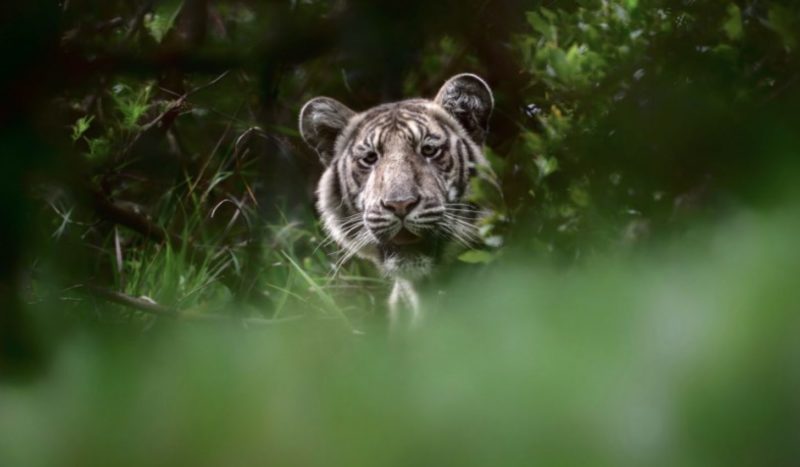 “Pale” tigers are not white tigers, their coloration is due to the so-called color morphism.

Zoology doctor Parvish Pandya also ruled out the possibility that the photo was of an albino, since the tiger does not have pink eyes.

Belinda Wright recalled that in the 1980s she saw a tiger with a similar pale color in Ranthambore National Park. But this tiger, according to her, is much paler.

White-colored tigers have not been seen in the wild for a long time, the last white tiger was shot in 1958.

Since then, they have lived only in circuses and zoos and often suffer from a variety of ailments associated with closely related breeding due to the lack of genetic diversity.

Thus, according to Wright, the Tamil Nadu tiger may be the most unusually colored tiger living in the wild at the moment.

– In captivity, most of all in the USA, there are tigers with pale coat color, but this is because a cocktail with the genes of white tigers is mixed in them.

And in the state of Tamil Nadu, the most common striped tigers live. Photographer Nilanjan Ray saw one of them as he drove through the national park.

Shortly thereafter, he came across a pale tiger lying in the bushes and looking straight at the people who appeared.

– He didn’t look scary and aggressive, but curious and quite nice. Then a tiger with the usual coloration approached him and judging by the behavior, it could be his brother or sister, or it was a mother and her grown cub.

The photographer managed to take a few photos before the tigers disappeared into the thickets.

Experts examined these photos and are sure that the “pale” tiger is still very young and has not reached sexual maturity, but they could not determine its gender.

In the meantime, park officials have been briefed on the unusual tiger and told they will set up camera traps to try to spot it. The exact habitat of the “pale” tiger is not reported so as not to attract poachers.

Interesting News 0 41
Paris Hilton is now a mother! With this completely unexpected news, the 41-year-old actress

Meet Quenda, cat with unusually long legs that has left the Internet in tears
Animals
0 186

Twin sisters became mothers at the same time: their daughters are like two peas in a pod
Interesting News
0 87