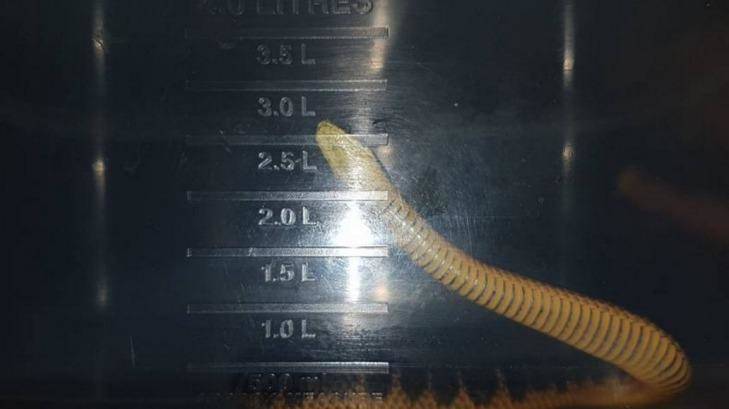 In the Australian city of Perth, a four-month-old kitten warned the owner about a venomous snake hiding in a shoe.

Ivan Mcnamara told reporters that he noticed how intently his pet was looking into the corner of the bedroom.

The man tried to understand what might interest the kitten, and saw a snake head peeking out of the boot.

The snake crawled under the closet, but McNamara crushed it with another boot and called his girlfriend for help.

Together, they drove the snake into a plastic container, and then released it into the street.

“In fact, this is not the first snake I caught in the house,” the Australian admitted.

“But it’s my own fault because I don’t close the front door.”

Apparently, a young tiger snake was sitting in the boot.

They are found in Australia and grow up to two meters in length. The bite of an adult is often fatal.

Heroic dog saved his owner’s life after accident, never stopping even as he hurt his own paw in the process
Animals
0 320

After her husband’s death, the old woman has no greater joy than the dog that helped her survive the grief
Animals
0 144
Our Top Posts