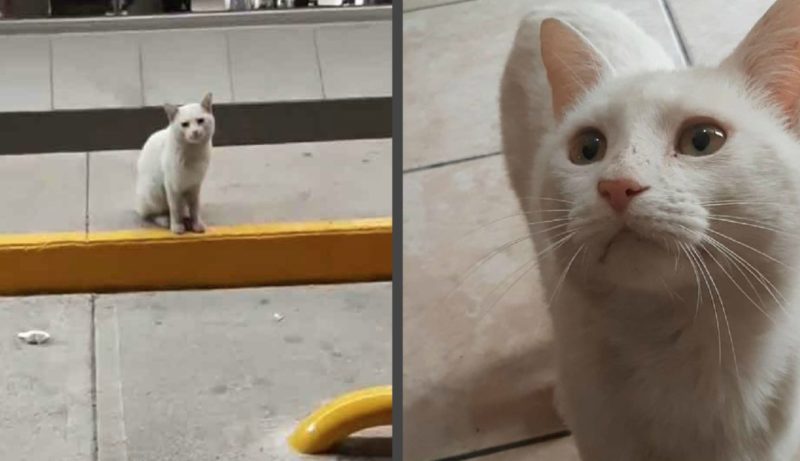 A white tailless cat from Mexico has changed its life dramatically, trying to get some food.

Once a homeless cat sitting next to a supermarket was noticed by 33-year-old elementary school teacher Tania Lizbeth Santos Coy Tova. 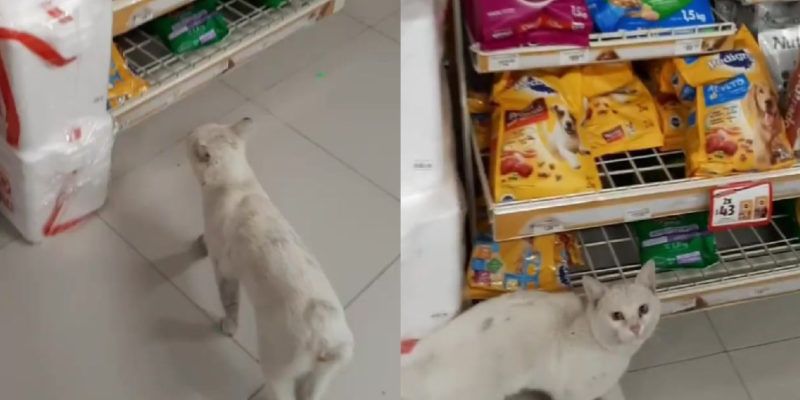 She stroked a fluffy homeless cat, and the cat quite unexpectedly took her to the store. The woman was a little surprised, but followed him.

It turned out that the cat was taking her there to show that he needed food.

He went with Tanya to the pet food shelf and made a choice. 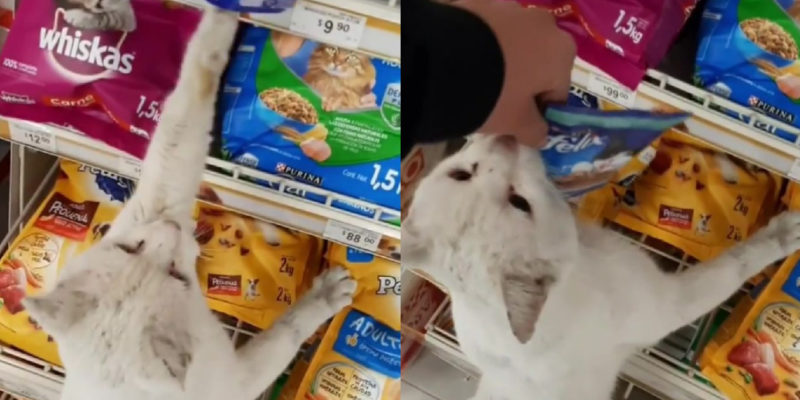 This unusual act of the cat just struck the woman on the spot. She was fascinated by the smart and determined cat and wanted to take him home.

Now the sad, dirty homeless cat has found a real family and has become everyone’s favorite and happy snow-white Rabbit (that’s what Tanya called him because of his very short tail).

Rabbit was washed and treated. He now has his favorite toy, Rene, as well as an Instagram account, which has already been followed subscribed to by more than nine thousand people.

Tanya says that Rabbit is her first pet and despite the fact that she had to rehabilitate the cat for a long time after the street (he had many wounds and illnesses), she does not regret her decision to take him home and is very happy. 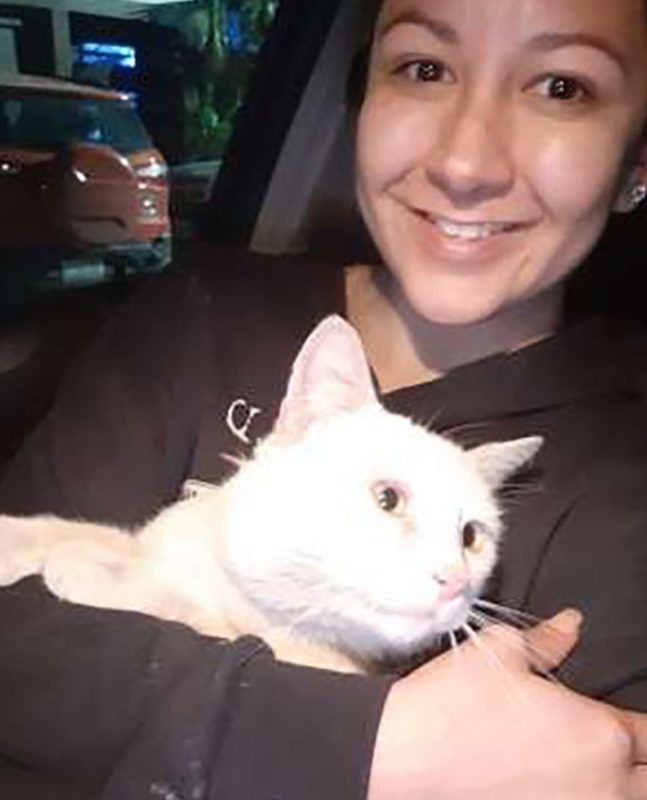 The woman believes that it was Rabbit who showed her how important it is to love and respect other living beings.

As the mother bear abandons her cubs to drown in the lake, two brave fishermen jump into action and save them
Animals
0 3455

Unexpectedly for everyone, Paris Hilton has become a mother and showed the first photo of her child
Interesting News
0 43