Indian amateur photographer Anil Prabhakar took a picture of an orangutan stretching out his hand to a man on one of the Indonesian islands, who is almost chest-deep in river mud.

Prabhakar posted the photo on his Instagram, suggesting that this was how the animal offered the man to help him get out of the river.

“Once Humanity dying in Mankind, sometime animals are guiding us back to our basics,” he captioned the photo. More than 50 thousand people liked it in a few days.

In a CNN commentary, Prabhakar, a geologist from the Indian state of Kerala, explained that the man in the photo is an employee of the Borneo Orangutan Survival Foundation (one of the largest islands in Indonesia).

He looked in the river for poisonous snakes, which are natural predators for primates. 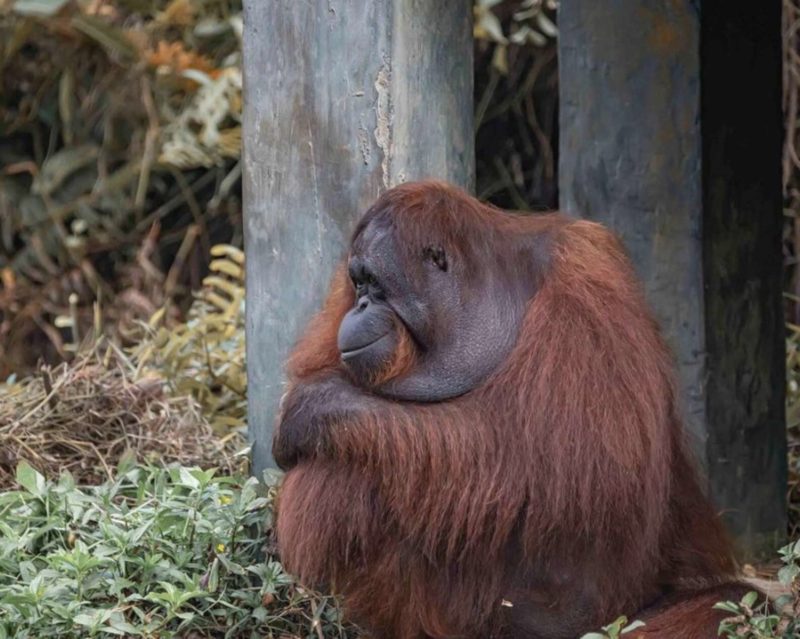 It was at this moment that an orangutan approached the Foundation employee and extended its hand in his direction.

According to Prabhakar, the animal seemed to be asking, “Can I help you?”

However, the worker did not grab the hand of the orangutan and got out of the river on his own. 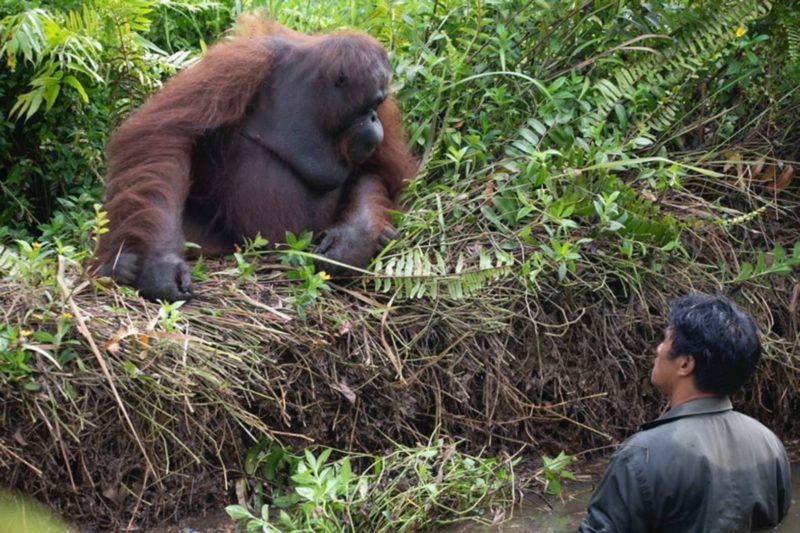 The Borneo Orangutan Survival Foundation explained to Prabhakar: this is a wild animal, so it is not known how it might react.

“I’m so glad I witnessed this moment,” the man told CNN. 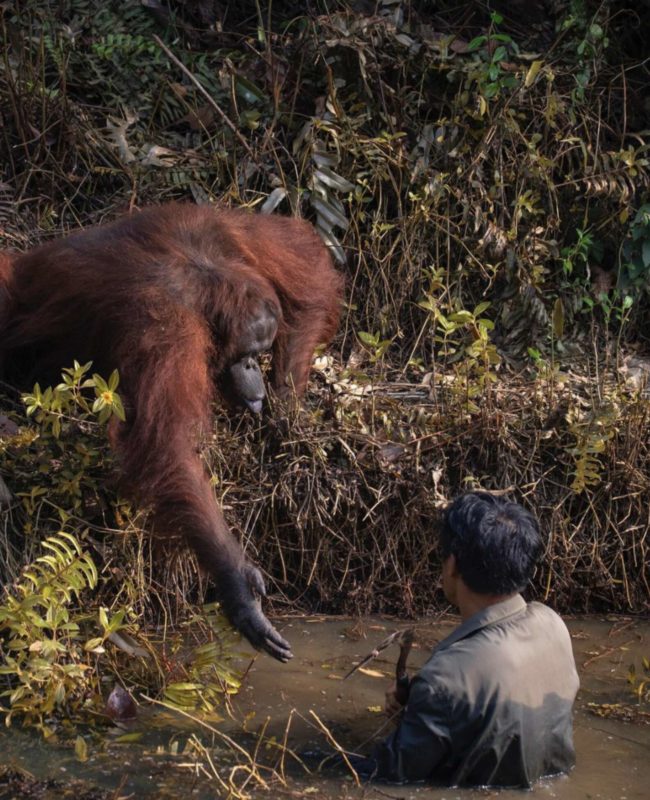 The orangutan is the only large primate in Asia. According to the Borneo Orangutan Survival Foundation, they mainly live on the territory of the Indonesian islands of Kalimantan and Sumatra.

Over the past three generations, the orangutan population has declined by more than 80% due to forest fires and hunting.

In addition, they reproduce slowly: in natural conditions, an orangutan female gives birth every 6-8 years, according to the Foundation.

A man rescued a dog running down the road with a note, in which his sad story was written, attached to his neck
Animals
0 673

Fox named Rambo has been hiding from people for three years, interfering with the relocation of other animals
Animals
0 251

Big dog decided to take care of the abandoned kitten and despite the difference in size, he has become an ideal nanny
Animals
0 220
Our Top Posts