The 65-year-old woman lived on the streets of Tijuana, Mexico for eight years. On cold nights, she climbed into a large garbage bag to keep warm. All she had were her six dogs. 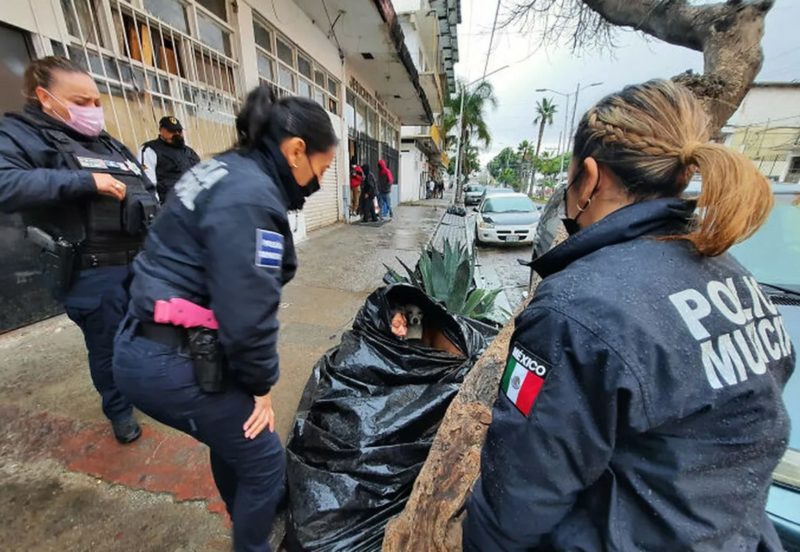 The woman, whom the locals simply called Hole, always took care of her dogs, fed them and treated them with all she had.

At night, they warmed each other, huddled together in a tight ball.

When the police came for the woman – to help – Hole refused to go with them.

The woman was offered a place in a shelter, but she refused to leave her plastic “house”. 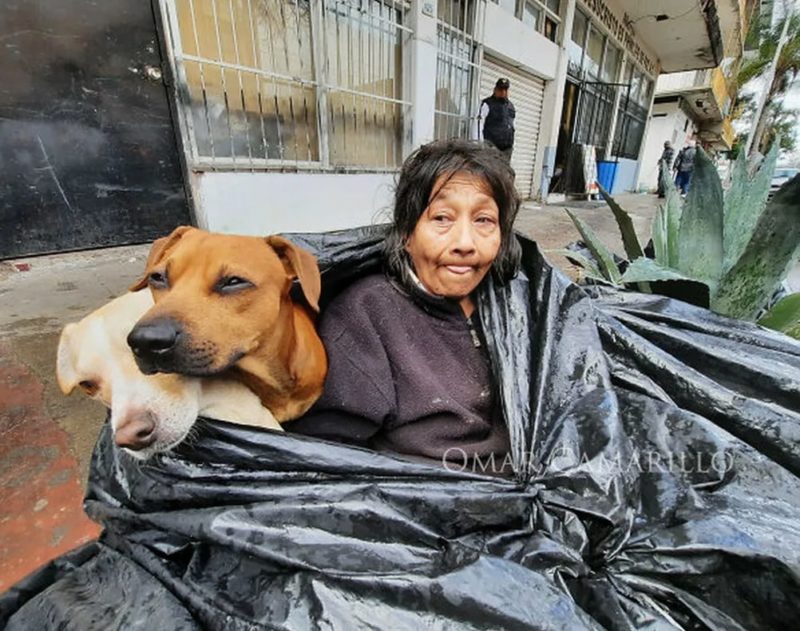 After all, she will not be allowed to take dogs with her to the shelter! How will they be on the streets without her, alone – especially since one of them was about to give birth. The future mother could not be left unattended.

In the end, the women from the police managed to persuade Hole to take shelter for the night. It was then that Hole met a volunteer named Alejandra Cordova Castro. 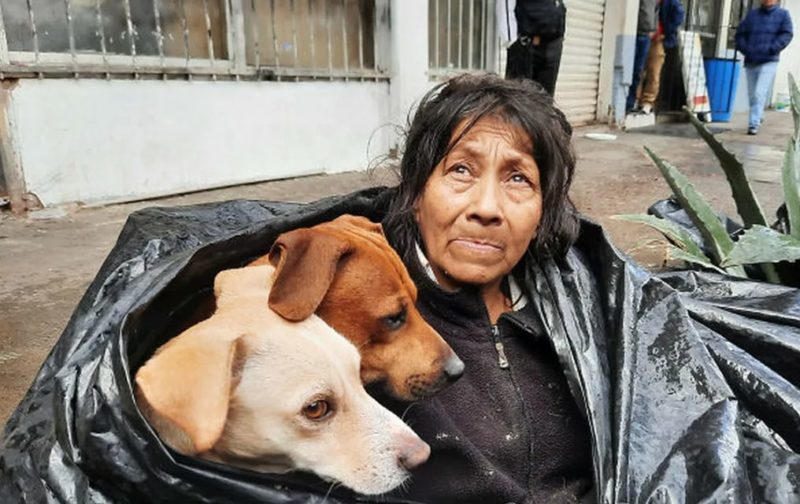 She understood that it was simply not in her power to completely change the life of a dog patroness. But Alejandra decided to do what she could.

She bought blankets, warm socks, dog food and human food, a package of small bottles of water, everything a person forced to live on the street would need. 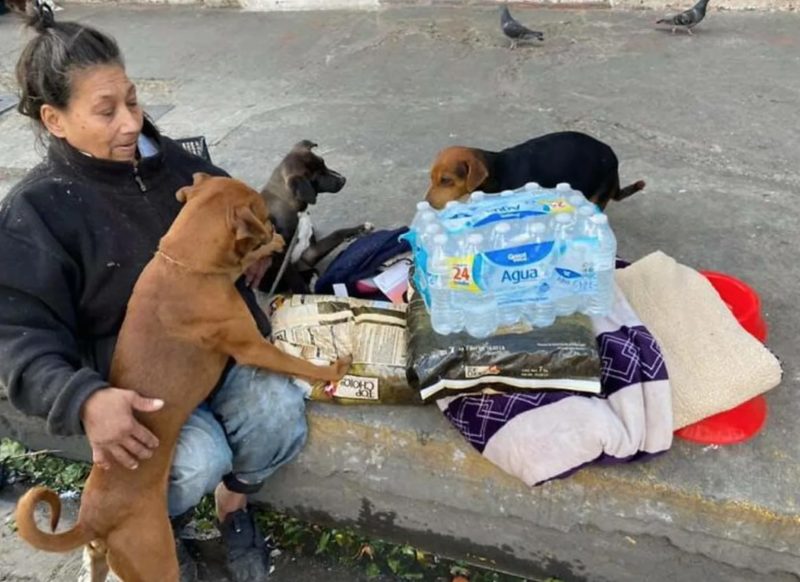 Alejandra helped Hola move into a shelter that costs just 50 pesos a day. There, Hola did not have to be separated from her furry family.

Alejandra believes that the best thing that can be done for Hole is to help her get back on her feet and open a shelter, so she can save more homeless animals.

‘She would do the same for me’: heartbreaking photo of man towing paralyzed dog in red wagon goes viral
Animals
0 96

During the concert, Pink saw a poster in the crowd of fans and stopped the performance: everyone was crying
Interesting News 0 635