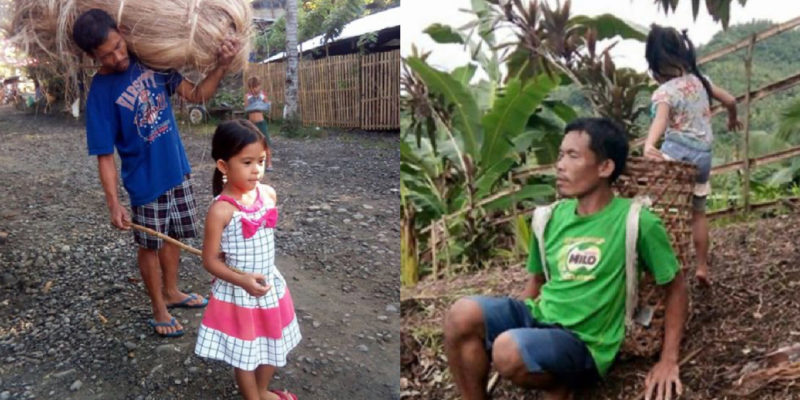 Probably most parents are ready for anything for their child. And vice versa. Some children show no less selflessness, wanting to help mom or dad in a difficult situation. They often do the best they can.

Nelson Pepe from the Philippines works on a coconut farm. Unfortunately, he is unable to see anything. Despite this, he harvests 60 palm trees a day to provide for his family. But, not without help.

Nelson’s 5-year-old daughter, Jenny, takes him to the farm every day and then escorts him home. The girl literally became the eyes of her father.

The video of Jenny leading Nelson through a farm where people work has touched the hearts of thousands and has over 3,000,000 views. 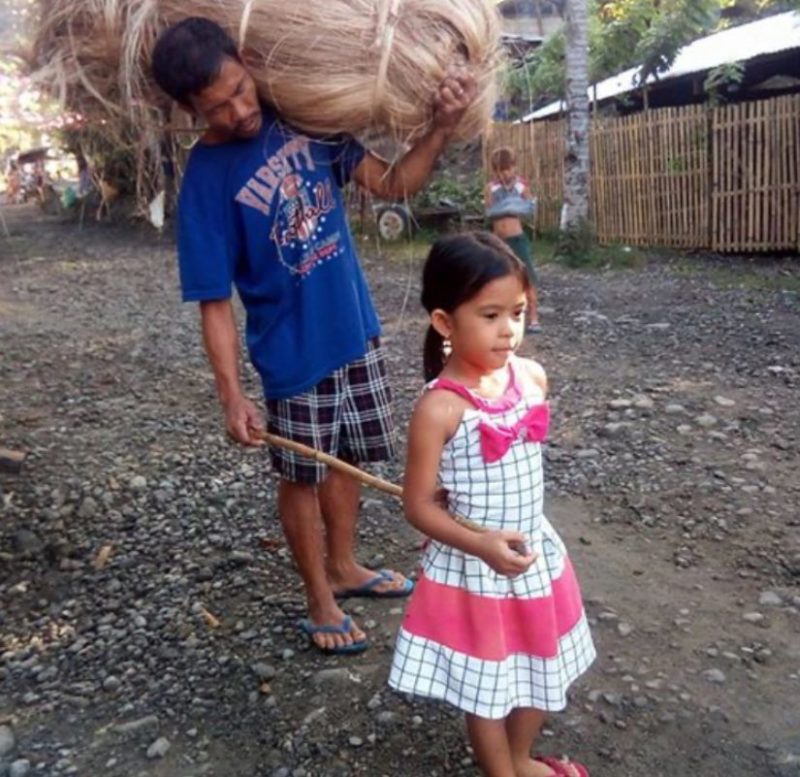 Representatives of the television company ABC-CBN, who learned about this story, even decided to allocate funds from their own fund for the treatment of her father.

He was taken to a hospital in the capital of the Philippines, Manila, where doctors diagnosed Nelson with retinal detachment.

The foundation also intends to help Pepe and his family move to a safer environment. In addition, the man was given money to open his own store so that he would no longer climb palm trees, risking his health and life.

These stories reminded us that children are also no stranger to selflessness towards the most precious people in their lives!

134 cm of beauty: the story of the life of the smallest model on the planet
Interesting News
0 103

Grieving cat has been visiting his owner’s grave every day for a year and refuses to leave.
Animals
0 131