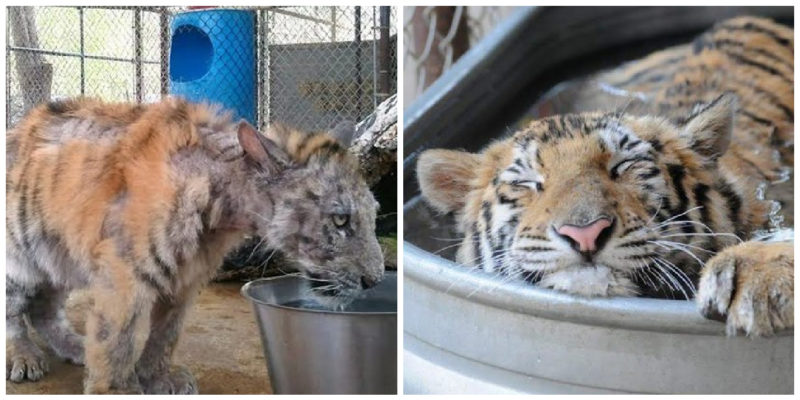 Despite the fact that Aasha, the Bengal tiger cub, was 9 months old, she weighed only 30 pounds. 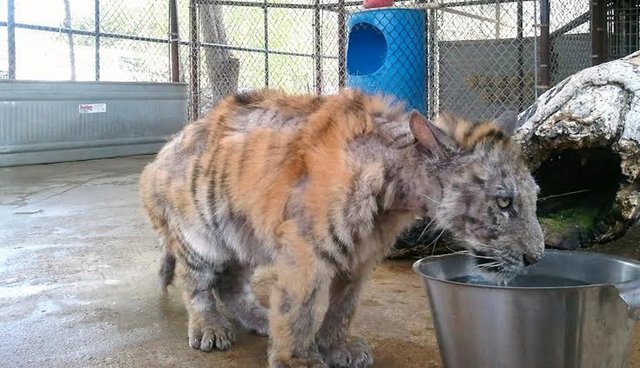 And this is the norm for a 3-month-old cub. She should weigh about 120 pounds at her age.

The poor thing belonged to a traveling circus, where she was very mistreated not only by people, but also by other tigers. 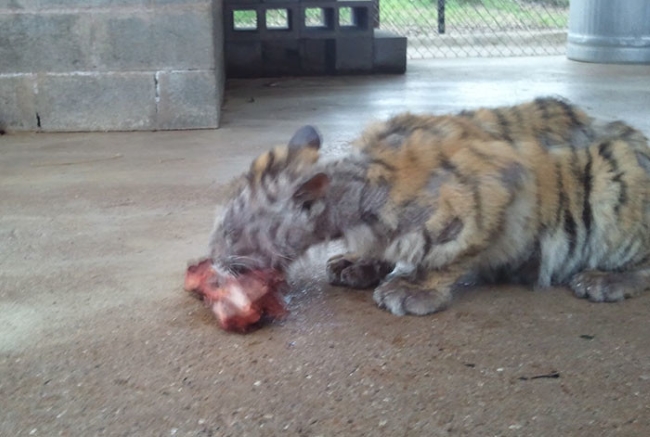 Fortunately, the founder of the Texas’ In-Sync Exotics Wildlife Rescue and Educational Center took Aasha in 2011 to rescue her.

The whole body of the tiger cub was bald, her skin was dry and cracked, with dark patches and bruises.

Plus she had open wounds and ringworm.

Every day, 2 times a day, Aasha was given medicine. She also needed healing baths.

First, it was necessary to overcome the resistance of the tigress and persuade her to take a healing bath. 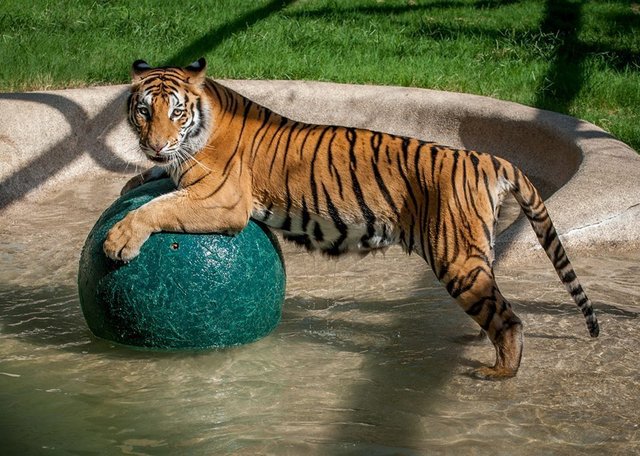 But soon she liked the baths, and her health improved significantly!

After 8 weeks of treatment, Aasha’s skin began to heal.

The beauty was very fond of swimming. After 8 months, she looked like a real tiger. 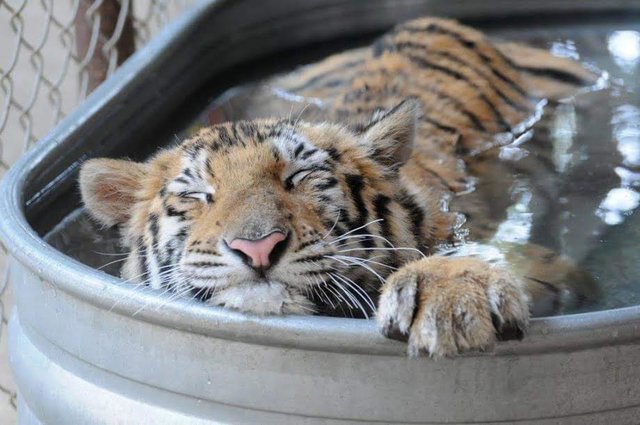 Then Aasha was placed in an enclosure with a large tiger named Smuggler, who really liked the new neighbor.

Now the two of them live in the same enclosure. Aasha has amazingly transformed into a healthy and beloved tigress.

And she still loves to take a bath!

The pilot dedicates his life to helping animals: he flies rescue animals to their new homes
Animals
0 264

16 years later: what the laughing quadruplets from a funny viral video look like today
Interesting News
0 156

The family was reunited with their dog, who went missing in the summer, while they lined up at the shelter to adopt a cat
Animals
0 327