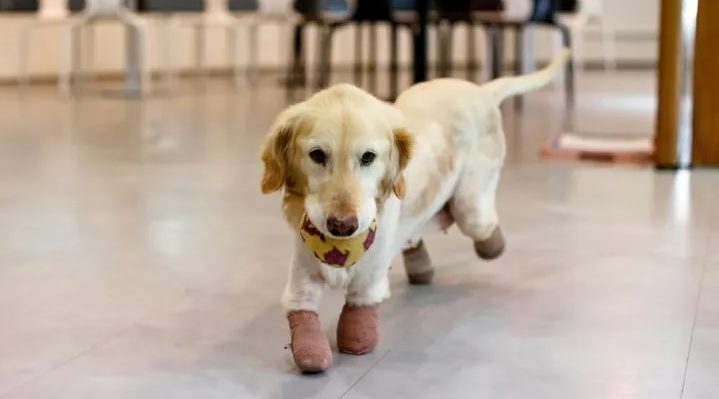 Hanging upside down in a dark room, the two-year-old pup was beaten by the butcher shop owner to make her meat more tender. But the puppy’s paws were so tightly tied with a rope that the poor dog got an infection, and the paws began to fester.

It was no longer fit for meat, so they just threw it in a dumpster next to the butcher shop.

Fortunately, her savior made it in time, and the puppy survived. All 4 of her legs had to be amputated to save her life, but the animal’s eyes still glow with a soft light of gratitude to her owner…

“She survived. And immediately after the operation, she wanted to get back on her feet. She seemed to be smiling with her whole face and wagging her tail,” said her rescuer. 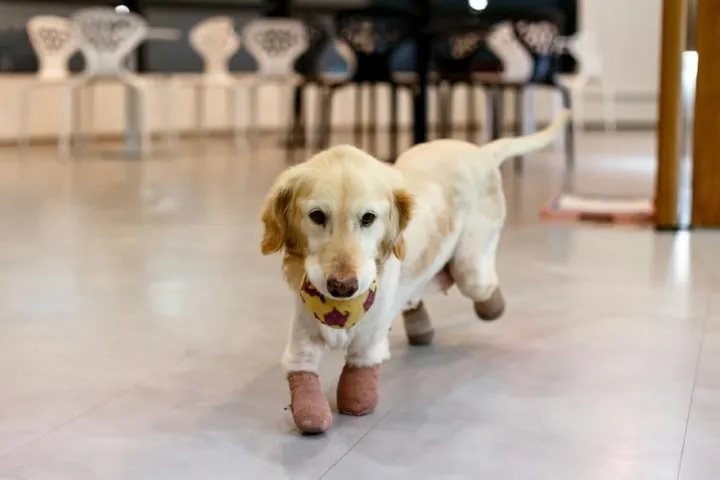 The puppy was named Chi Chi, which means “loving” in Korean.

She spent 2 months in rehab at the vet before moving on to her new home in Phoenix, Arizona.

Now she is waiting for her owners. They even made artificial limbs for Chi Chi! When she fully recovers, the new owners want to join her in therapy sessions with children and war veterans who have lost their limbs.

Animals 1 3,443
Dogs are the humans’  best friends. They are very kind creatures and have a
Comments: 1
Leave a Reply Cancel reply
Recent Posts

In Tanzania, five little kids managed to save this poor stray puppy all by themselves
Animals
0 120