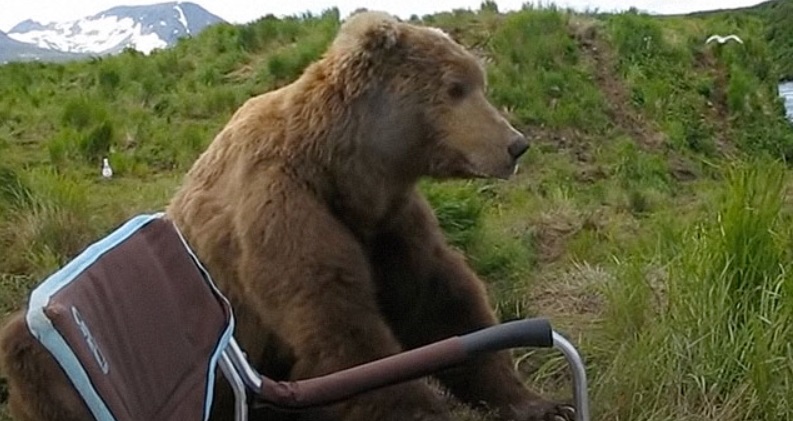 The man went out to the river bank to go fishing and, throwing a fishing rod, saw movement nearby. He slowly, very calmly, turned his head and saw a bear.

The bear quietly walked out of the forest and sat down next to the fisherman, looking thoughtfully at the water. 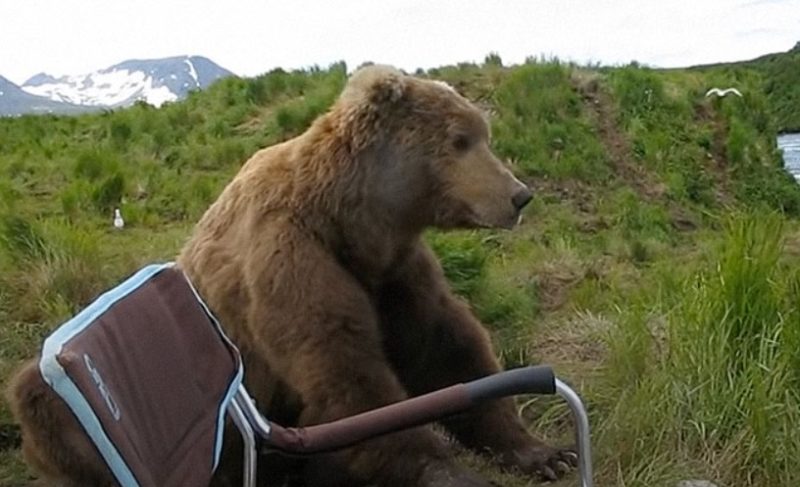 The fisherman, in turn, without sudden movements, took out the camera and began to shoot what his new partner would do.

Much later, Robert Horton told the details of what happened to reporters.

He clarified that for several years in a row he comes to fish at this very place, where the river channel crosses the western edge of a large nature reserve. 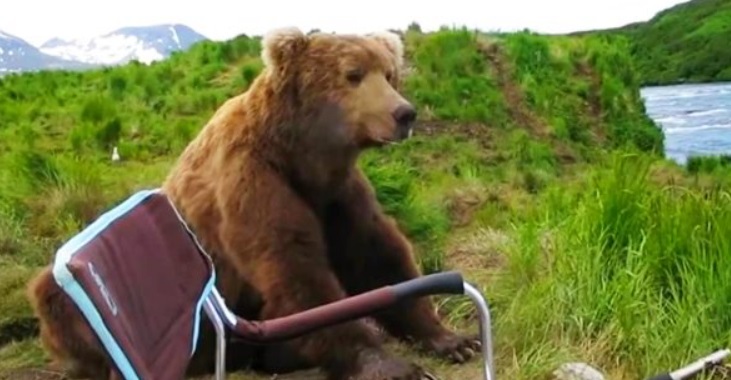 “There are more fish here than in other places. And it looks like my furry friend also came for the catch that day,” Horton said.

The bear didn’t look at all flustered, or guarding its boundaries. He calmly stood next to the fisherman, sat next to him, as if wondering how the catch was today. 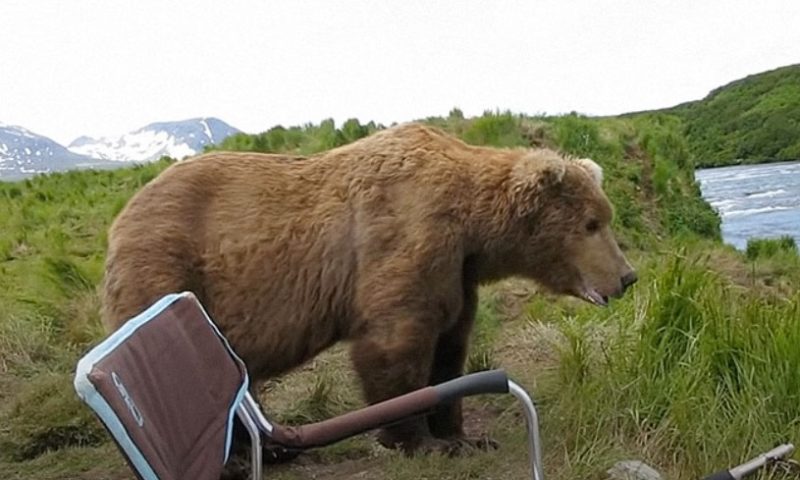 The strange scene lasted about three minutes, but Horton remembered it for a long time. And of course, he filmed everything on video.

In the end, the bear just as calmly went about his business. The fisherman waited a little longer and also preferred to return home.

After they both lost their partners, two widowed penguins comfort each other under the Melbourne skyline
Animals
0 247

Groom disappears during a photo shoot, the bride turns around and sees him in the river with a child
Interesting News
0 152