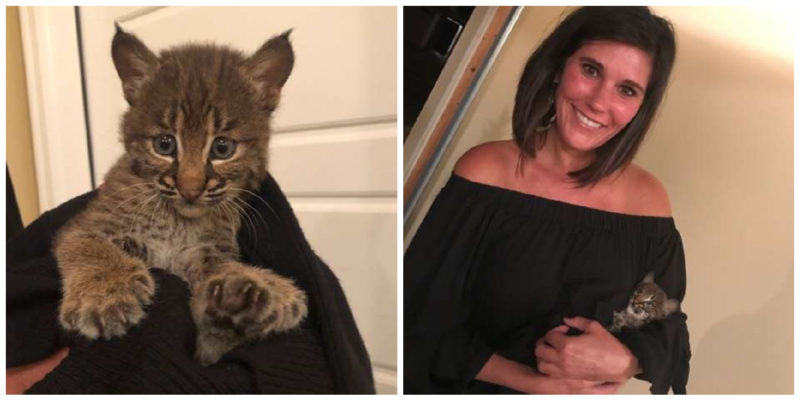 Two weeks ago, going to meet friends, the woman suddenly saw something that made her heart shrink – a tiny animal ran along the road, risking being hit by the wheels of passing cars. 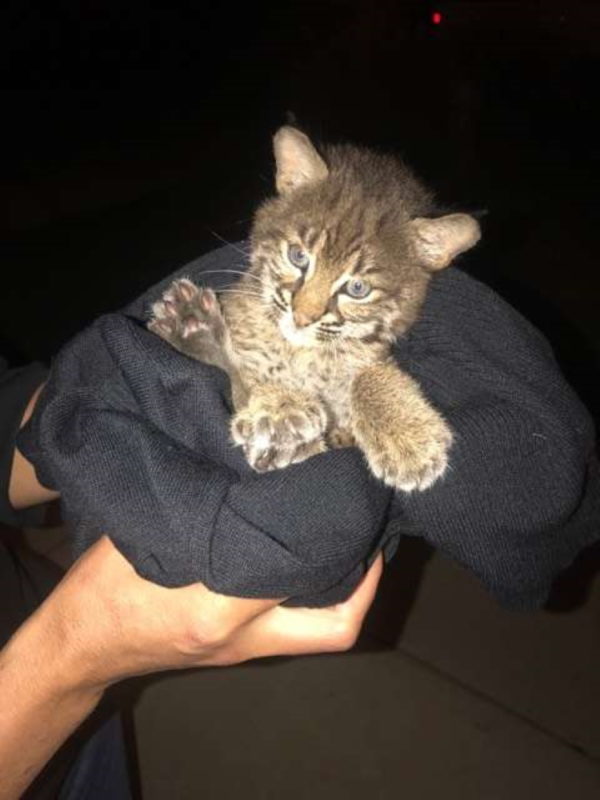 She slammed on the brakes.

The little kitten was very scared. He clearly needed help. She took him to herself.

“At first I thought it was a small rabbit, the fur was very fluffy,” the woman says. 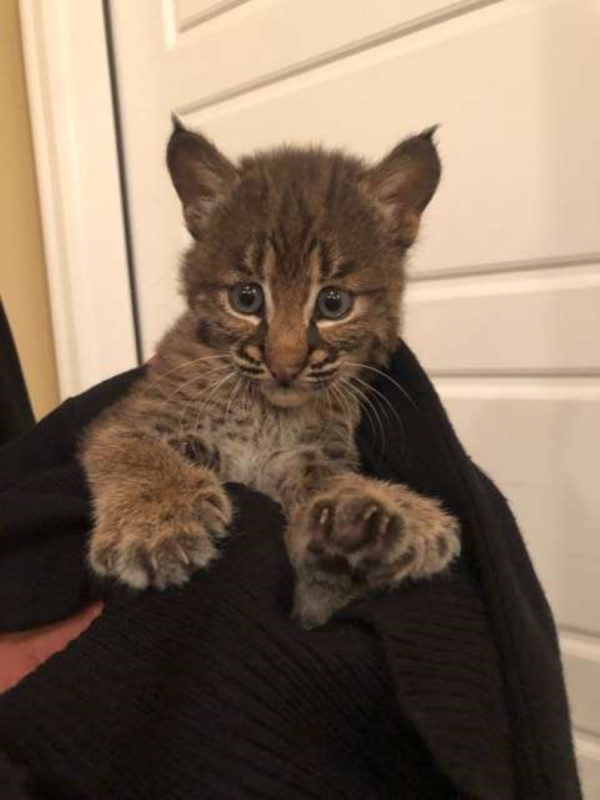 “I came closer and realized that it was a tiny kitten. First thought: this is a kitten that someone abandoned. Therefore, I thought that there might be more of them, I tried to call. But neither the mother cat nor the other kittens appeared. Then I took the animal into the car, put it on my knees, wrapped it in a sweater and calmed it down.”

At home, the woman has a large dog and an adult cat, so leaving a kitten in the house would not be too wise. So she built a convenient place for him in the garage, put bowls of food and water.

Before leaving to visit friends, the woman posted a photo of the rescued kitten on Facebook along with a request to take the animal to someone.

When she returned a couple of hours later, she decided to take the kitten to her house, moving her pets to a separate room, bathe and take him to bed with her. 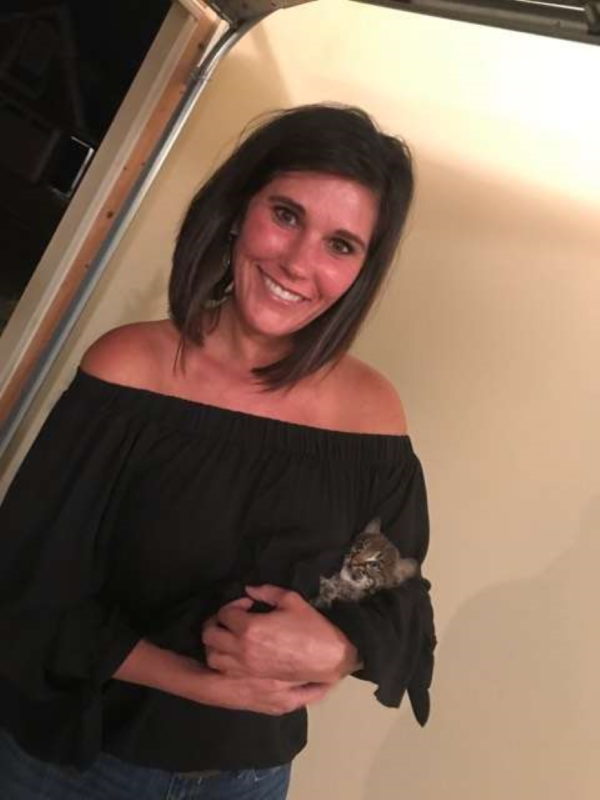 “A neighbor came running to me,” says the woman. “He said: “May I have a look at the kitten? I think it might be a lynx.” And it’s true. The tail gave him away. It was slightly pointed with a small white spot. In addition, the kitten began to hiss… and growl a little. I realized that it really could be a lynx.”

After this amazing discovery, the woman published another post on Facebook: “Never mind. It seems that the kitten will not have to be taken away.  Apparently I saved a little lynx.” 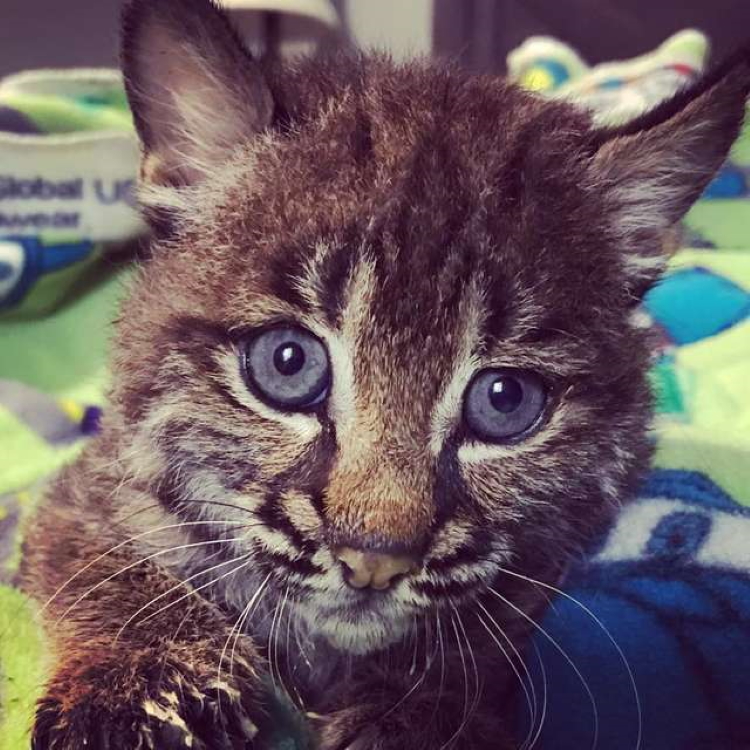 The next day, the woman gave the baby to an organization engaged in shelter of animals.

The lynx needed several days of intensive care, but now he feels very well. When the time is right, he will be released into the wild.