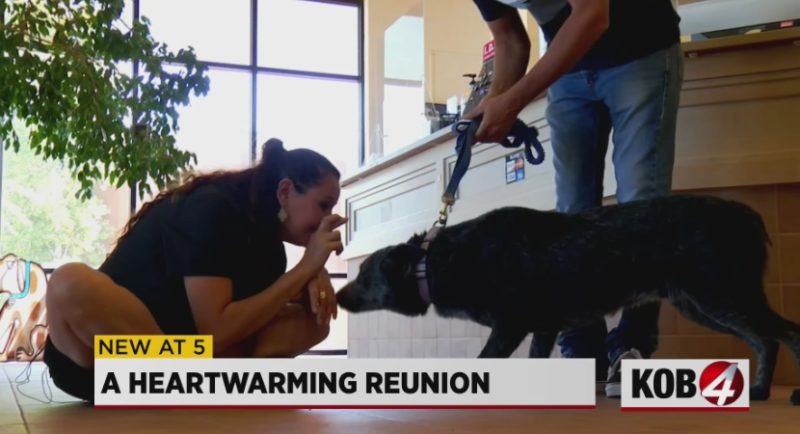 For many dog ​​owners, their pets are a source of comfort during difficult times. And it’s unbearably painful to lose them.

Such a story happened with Marisa Martinez. Tragedy struck in 2017. Her 9-year-old daughter died after failing to beat cancer.

After the death of her daughter, Marisa received as a gift a blue heeler named Rufus, who was supposed to help her survive the terrible grief. The dog was rescued from bad owners who mistreated him. Rufus was deaf. However, he managed to find a loving home in Marisa. Rufus was the light in a woman’s life in her darkest hour.

However, in September 2021, Rufus ran away and Marisa’s life fell into dark times again.

She looked for him everywhere, hung flyers, wrote on social media, but there was no news.

She didn’t just lose her dog, she lost her only source of comfort.

And without the support of Rufus, Marisa again began to struggle with memories of her daughter.

Many months passed, Marisa already despaired of finding her pet. However, a miracle happened.

One motorcyclist spotted a stray dog ​​and posted about it on social media. The team looking for Rufus noticed this publication and went to catch the dog.

They managed to find the dog and the microchip proved it was indeed Rufus.

After 11 months missing, on the 5th anniversary of the death of Marisa’s daughter, Rufus was found.

Marisa is very happy and considers what happened a miracle.