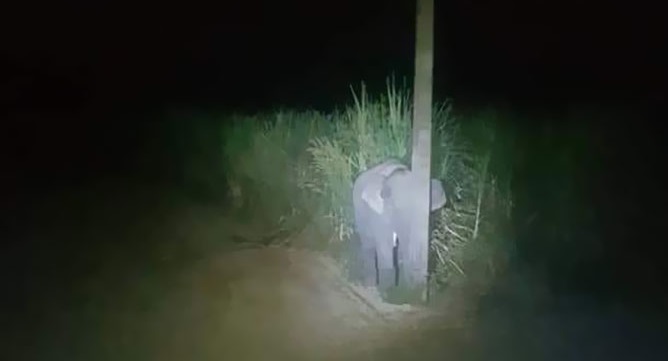 About 2,000 elephants live in the wild in Thailand, and one of them made the headlines of all local newspapers.

An elephant was captured by a camera in Chiang Mai, northern Thailand, for the most daring “crime” in history. The playful cub was most likely eating sugarcane in a farm field when the locals arrived.

To avoid being caught, the adorable toddler hid behind a narrow pole, making local farmers and thousands of people on the net laugh.

The baby elephant most likely stumbled upon a sugarcane growing in the field and decided to have a small but sweet feast for itself.

However, he probably did not expect people to find him. So when this happened, the shameless little “criminal” hid behind a narrow pole, believing that no one could see him now. 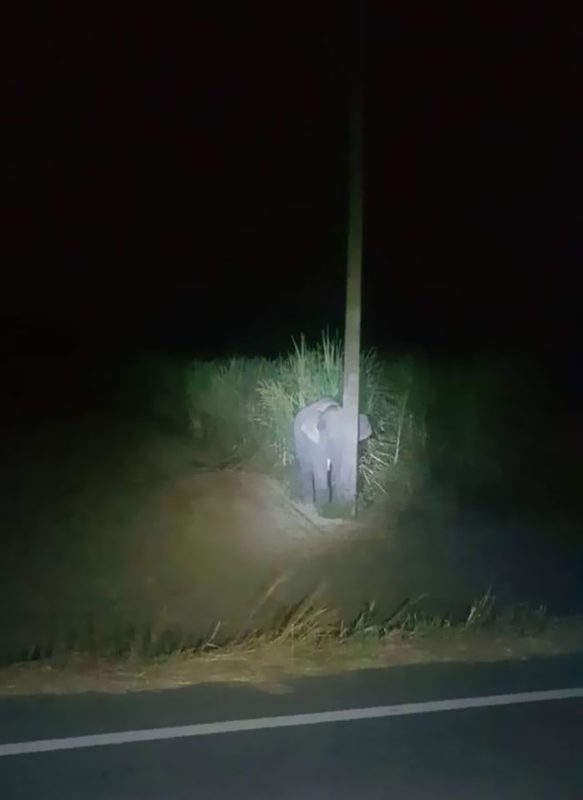 When people shone a lantern in the direction of the elephant and its dubious shelter, he stood without moving so that he would not be noticed.

This adorable photo first appeared on Facebook on November 16 with the caption, which can be translated from Thai as: “People can see you anyway. Go and keep eating sugarcane.”

Without a doubt, this photo left hundreds of people indifferent: it received 2.8 thousand likes and a thousand shares.

Apparently, elephants are very fond of sugarcane and will do their best to get this treat.

Mom tells family that their cat has died, but then the pet shows up and she realizes she actually buried a rabbit
Animals
0 1078