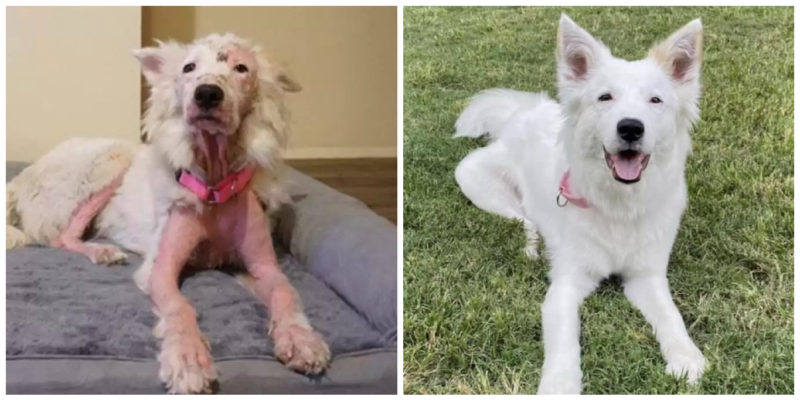 The sick and nearly hairless dog roamed the streets of Houston for months looking for help.

One evening she saw a woman in the parking lot and decided to try her luck. 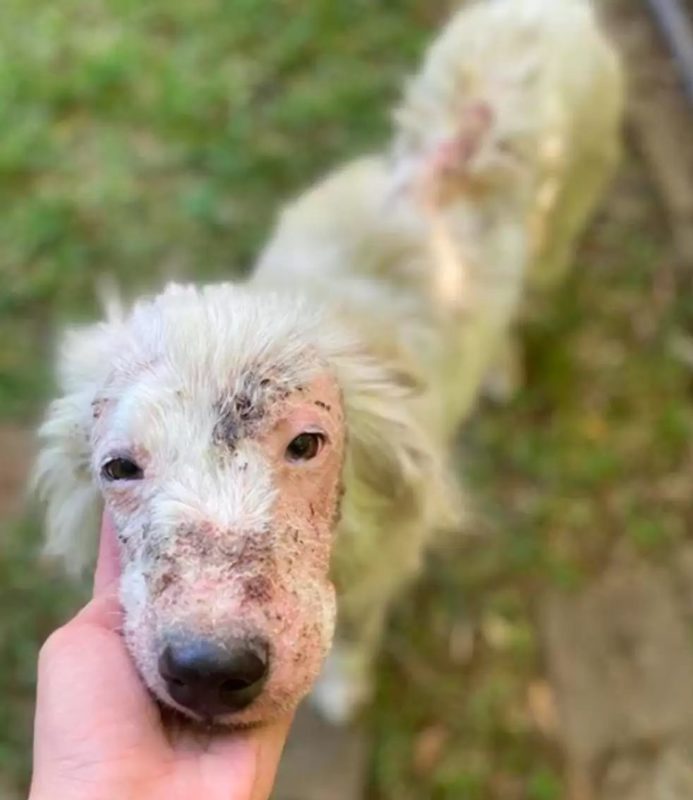 Noticing the mongrel, the stranger gave her some food and put a leash around her neck.

The mongrel made the right choice.

The woman brought her home and immediately began looking for a new home for her. 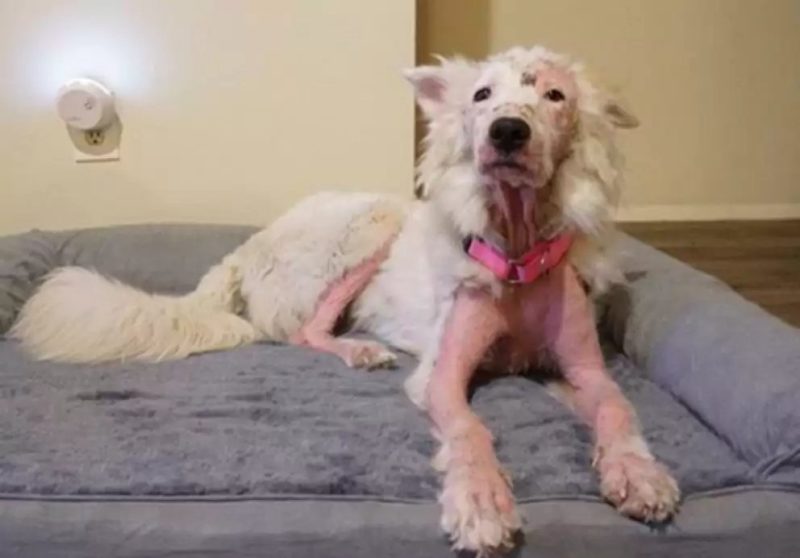 She posted a photo of Gardenia (as she named the dog) on ​​Facebook, which soon caught the eye of renowned animal rescuer Caitie Evers.

The woman many times encountered cases of baldness in stray dogs, but even she was frightened by the neglected state of Gardenia.

Caitie brought her new ward home and let her rest.

According to her, dogs that have lived on the street for a long time, first, need a good night’s sleep. 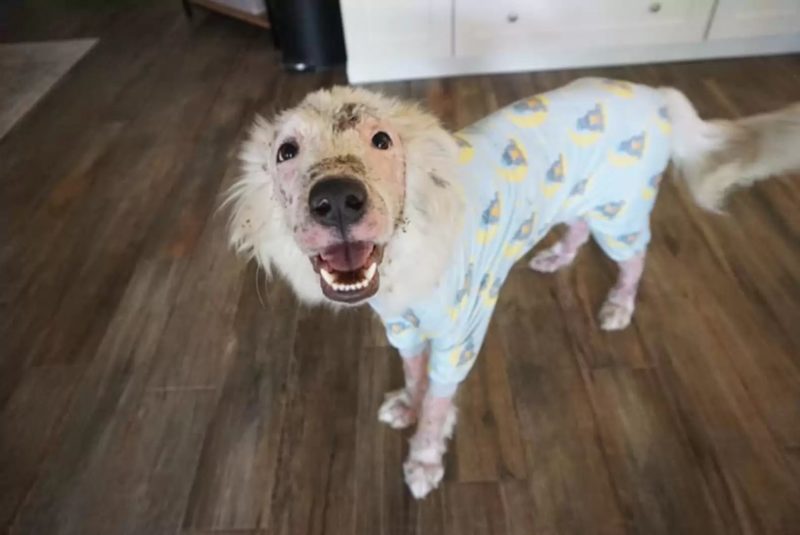 When Gardenia woke up, she was taken to the veterinarian, who diagnosed the animal with a severe case of demodicosis, a non-contagious form of skin disease caused by a parasite called acne gland.

“The dog was covered in sores and crusts” recalls Caitie. “In some places, a secondary infection has already begun. Everything looked very bad.”

She looked depressed, unhappy, as if she hated life itself and gave up long ago, recalls Caitie.

The dog ate well, but refused to play or interact with people in any way.

But antibiotics and medical baths did their job. Gardenia’s skin began to clear, and new hair began to break through it. 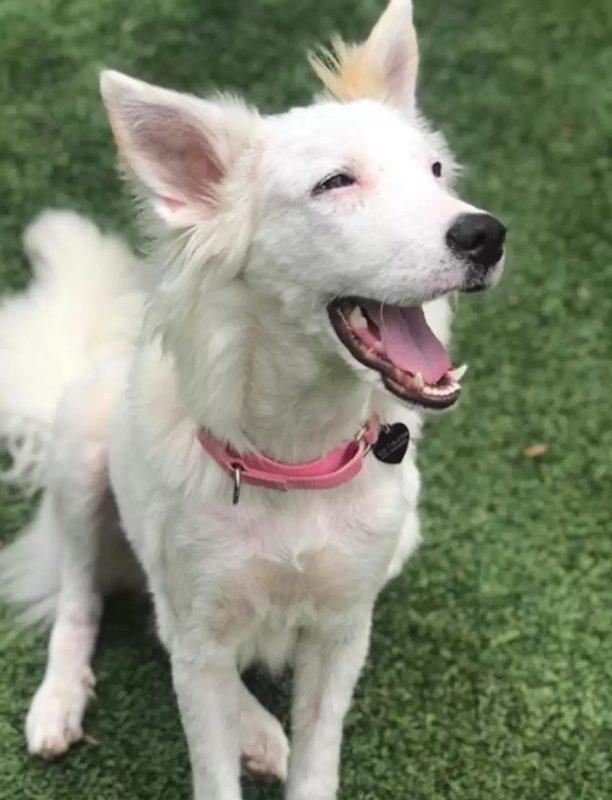 After a few weeks of treatment, the good mood began to return to the dog.

She looked and acted differently. According to her new owner, Gardenia has become a cheerful, mischievous animal that constantly rushed around the house and garden, along with another pet – a German shepherd.

Although Caitie became attached to the ward, she was not ready to leave her permanently and began to look for her a new, permanent home. 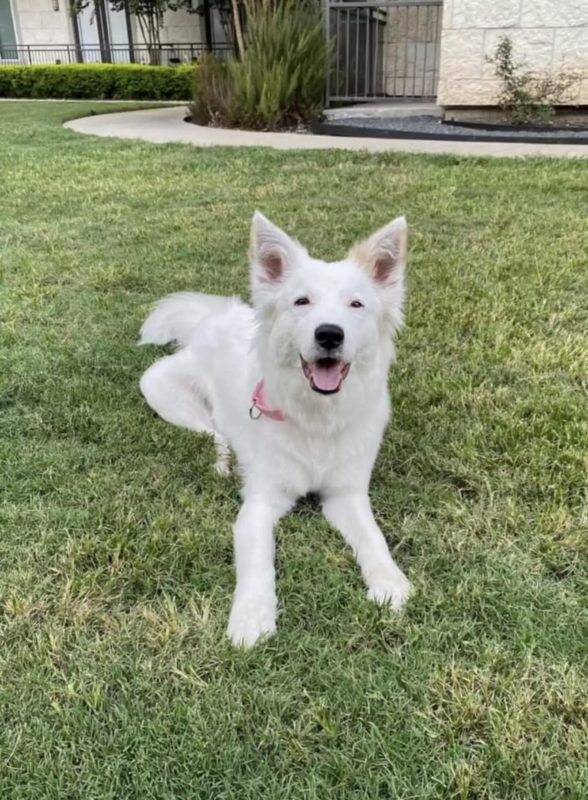 Soon, her friend, Bri Tripaldi, responded to the girl’s proposal.

Together with her fiancé Jayden, she followed the dog’s story through social media from the very beginning, and even then she knew that Gardenia would be a wonderful addition to their family.

From the very first meeting, it became clear that the dog and the owners were simply made for each other. Bri and Jayden fell in love with Gardenia and no longer wanted to let go. 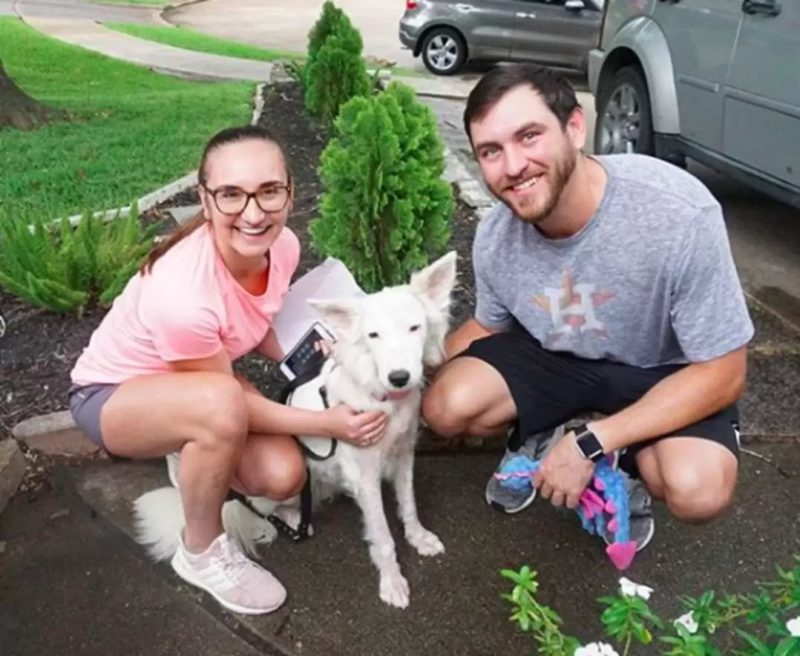 A bright future awaits the dog with people who are ready for anything for her happiness.

And today, no one recognizes that unfortunate animal with extinct eyes in her.