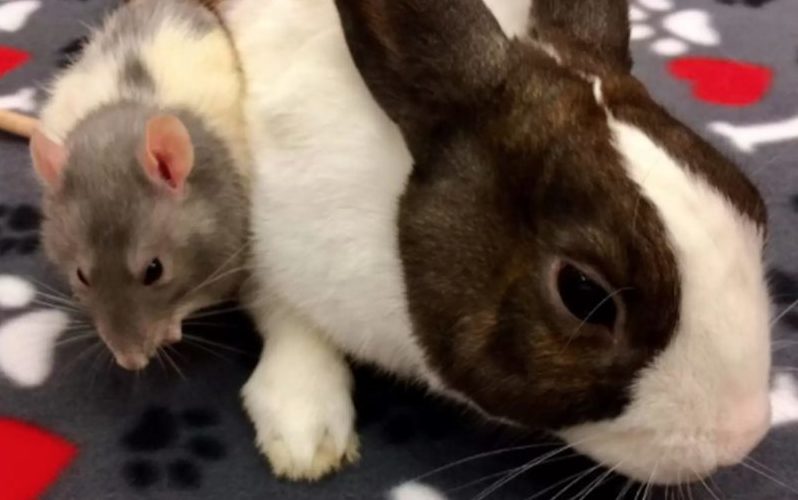 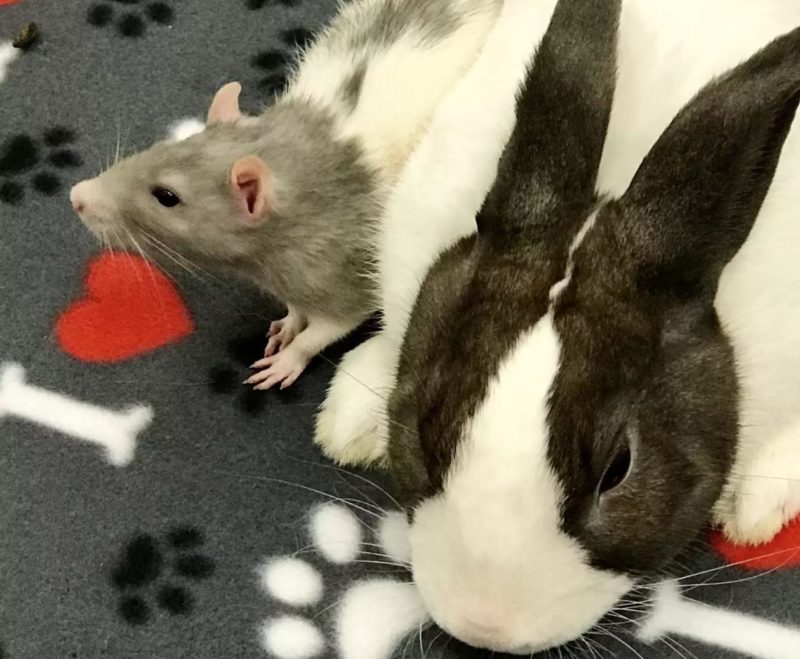 He is afraid of people, but only until his best friend – the sociable rabbit Wilbur – makes friends with them.

“We immediately noticed that when we start petting and stroking Wilbur, how Orville runs up to us, examines us, and sniffs our hands,” says Jessica Jorgenson, spokeswoman for the Iowa Animal Rescue League.

“Sometimes he even starts to lick us. But if we are the first to approach Orville and try to pet him, he will try to run away. The attitude of the rabbit towards people is very important to him. 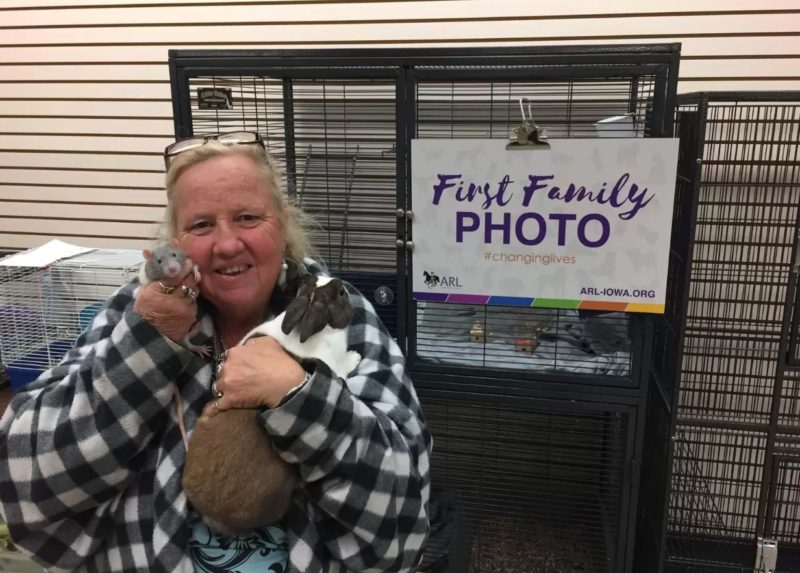 Wilbur and Orville, both new to the shelter, arrived in late September after being found in a cage that local police routinely use to trap stray cats.

Both the rat and the rabbit turned out to be young and perfectly healthy. And they were definitely pets and did not originally live on the street. 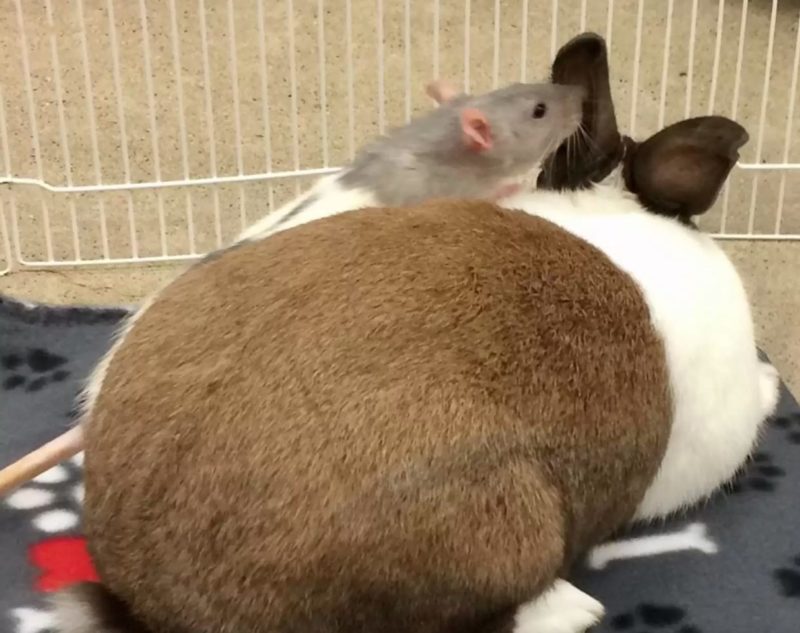 Probably someone kept them together and then threw them out into the street. But where they lived before remained a mystery.

Anyway, when the rabbit and rats first came to this shelter, they kept close to each other.

The animals were not separated and put in different cages.

– We are still surprised by their close friendly relations because they are so different. – says shelter manager Stephanie Filler.

– They were very lucky to survive on the street first, and then get to us safe and sound.

In addition to the fact that Wilbur and Orville love to sit next to each other, they also like to play, running after each other around the cage.

And they can sleep in a completely charming way. The rat climbs under the bedding, and the rabbit lies on top of it, and thus the rat sleeps immediately under the blanket and the fluffy rabbit, he is very warm.

When the workers of the shelter began to look for the owner of the rabbit and the rat, they did not even think about separating them. They were given away together at once. 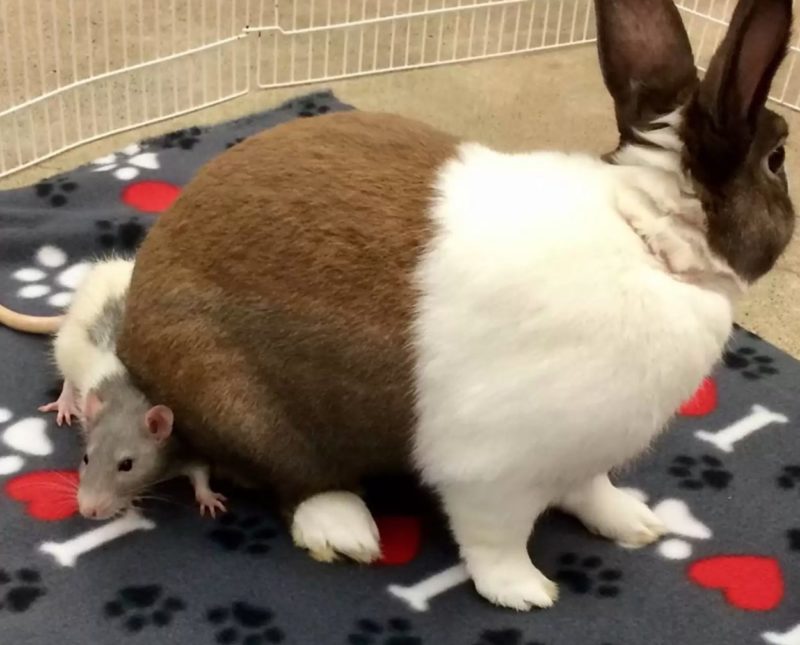 The other day, such an owner showed up, it turned out to be a woman named Carol.

She loves animals and has a finch, a turtle, a guinea pig, and two dogs, also taken from a shelter, at home.

She is sure that the rabbit and the rat will quickly fit into her motley company of pets.