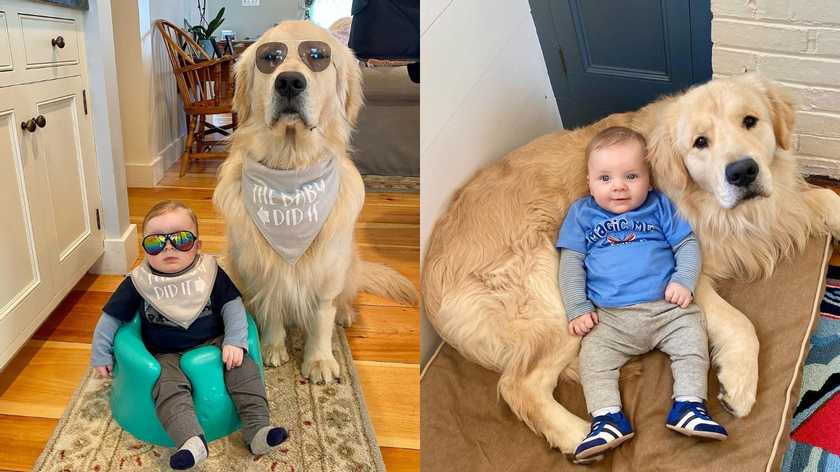 When the Parks couple became parents, they were worried about how their golden retriever Hinckley would accept the baby. 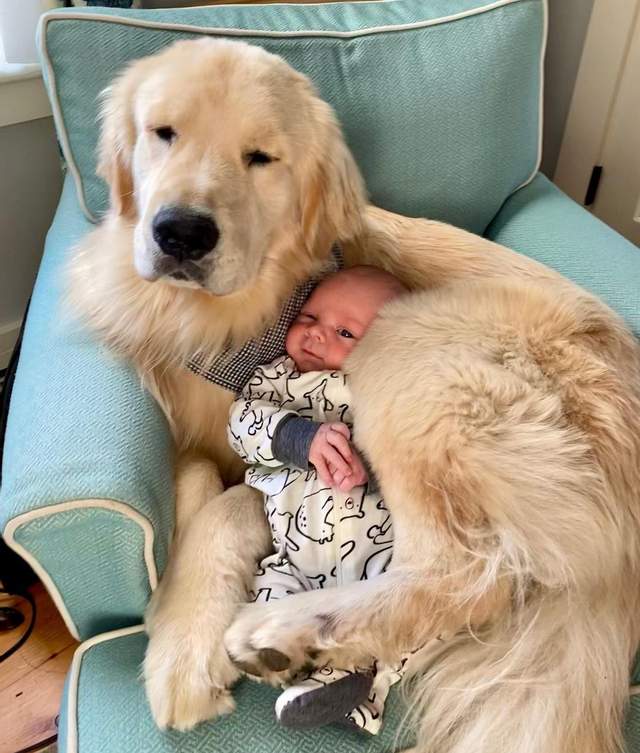 However, the pet began to treat the child with special love and care.

The young mother Whitney said that at first Hinckley thought baby Theodore was a new toy to play with.

However, later the dog began to accompany the child everywhere. 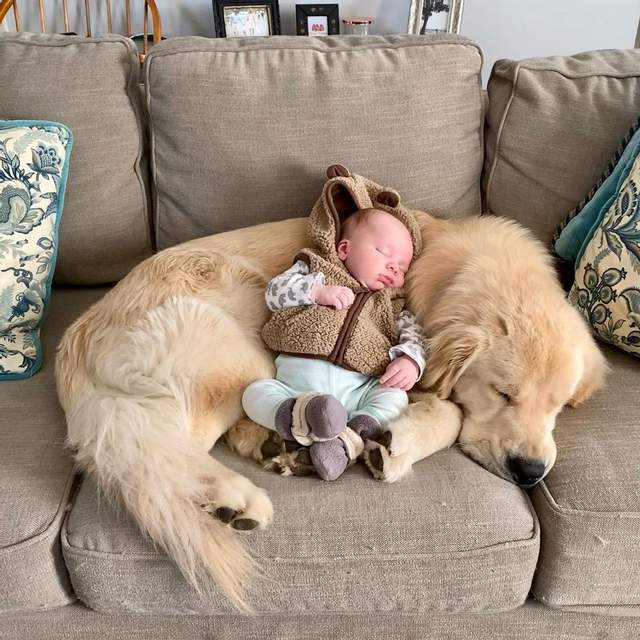 For example, he could lie down next to him, hug and protect.

“The first few nights, Hinckley watched Theodore from our bed. While the baby slept in his crib, he followed his every movement with interest. After a few days, Hinckley realized that the “toy” was not really his and would not go anywhere, ”- Whitney Parks remembers.

She noted that she was very pleased with the friendship of her son with a pet.

“My heart melts when I watch them and understand that Hinckley is taking on the role of an older brother who takes care of his younger brother,” Whitney added.

Right now, Hinckley is still unsure who Theodore is, she said. However, he knows that he is special and needs to be watched. 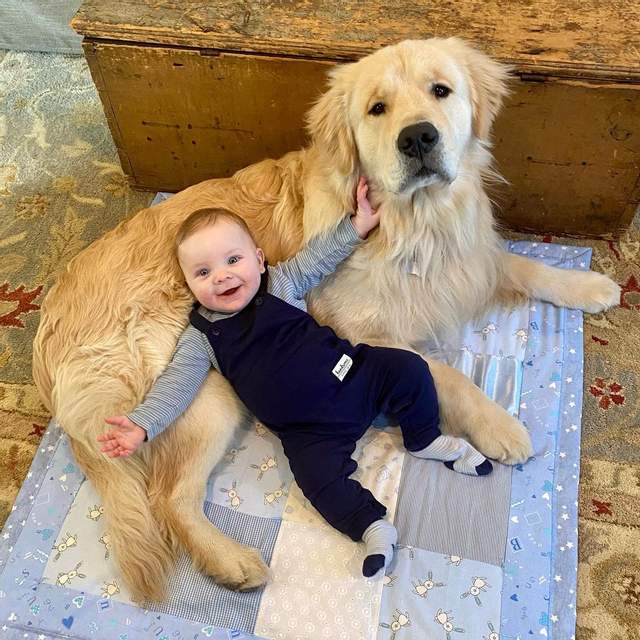 In social networks, people are delighted with such friendship. They actively leave comments under the photo of a boy with a golden retriever.

“The start of a lifelong bond and friendship.”

“This wonderful dog would give his life for him. We can all learn from animals.”