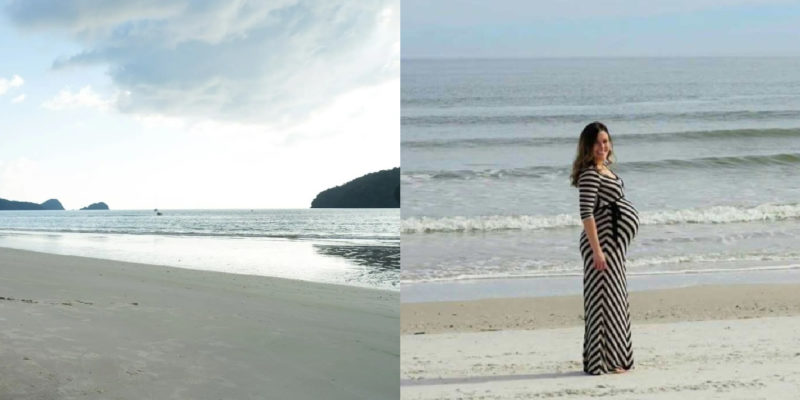 Sometimes an ordinary photo shoot can turn into an unexpected and pleasant surprise that you could not expect. So it happened with a married couple from Florida. 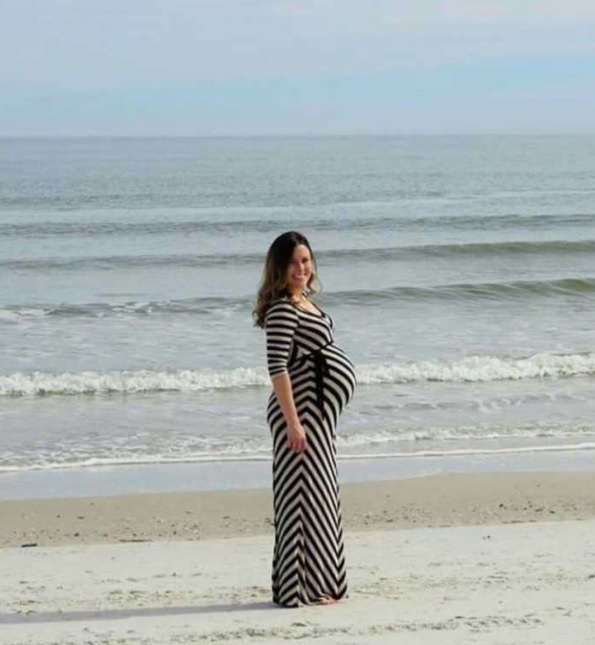 Angelina Moser was already nine months pregnant when she and her husband Dan decided to have a little photo shoot to save the image of a pregnant mom for a family photo album.

After thinking, the couple decided that there is nothing more beautiful than shooting by the ocean.

They went to the shore and Angelina began to pose with her beautiful belly. 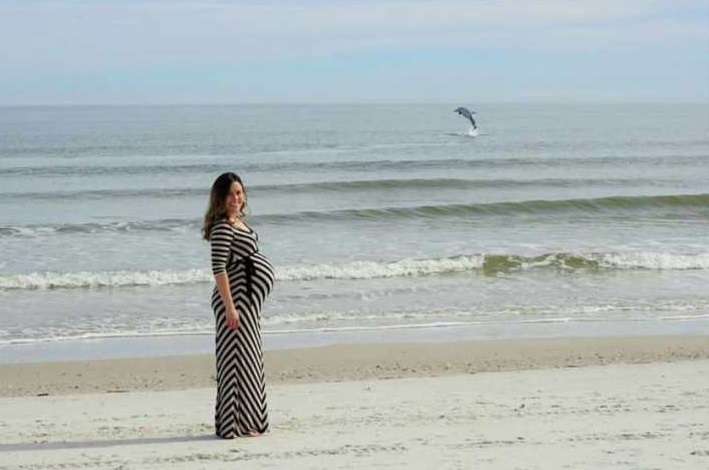 She looked really gorgeous against the backdrop of the waves.

However, when the couple returned home and began to look at the photos on the computer screen, they were in for a real surprise!

In one of the pictures, the couple saw a dolphin, which, as if on purpose, was waiting for the moment to jump out of the water. 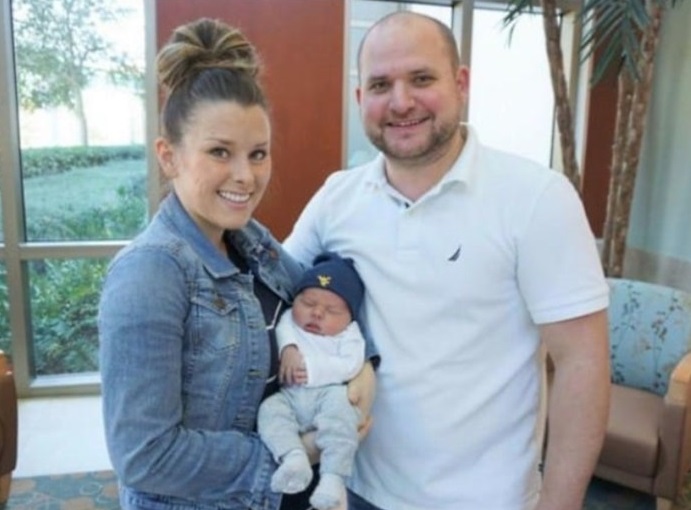 The future mother considered this a good sign. And the picture posted on the Internet instantly spread across the network and received a lot of positive comments.

And after some time, the couple had a strong and healthy baby, who was named Flipper. Now happy parents are waiting for him to grow up to tell him this amazing story.

Shelter Pit Bull was going to be adopted, but she refused to let go of her best friend
Animals
0 337