An amateur photographer from Canada, Steve Biro, managed to shoot a bald eagle named Bruce flying over the water in an Ontario reserve.

The wings and their reflection in the water turned out to be so symmetrical, and the bird’s gaze was so piercing that the photo went viral and made the author famous. 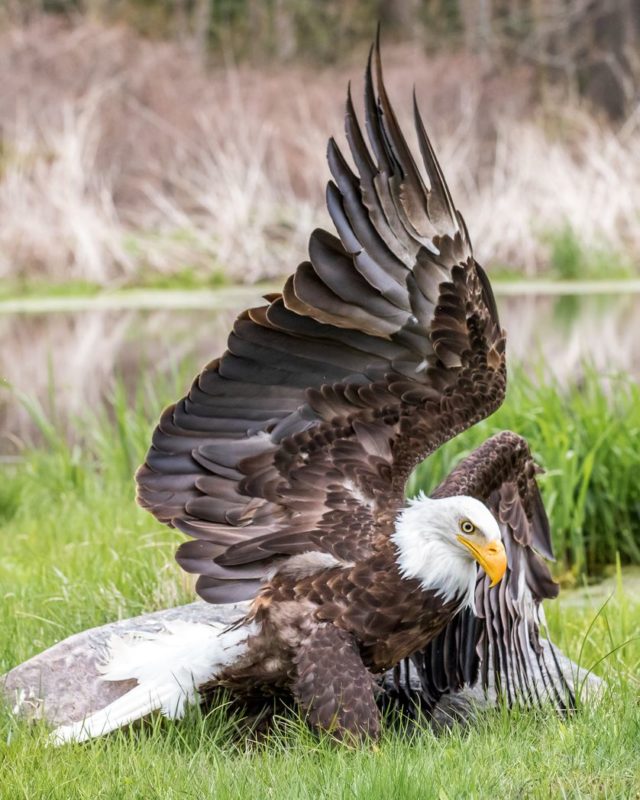 Biro told CBC that the picture was taken on an overcast day on May 4th.

He tried to take such a photo before, but he could not achieve the desired result.

This time he lay down on a rock right at the water’s edge.

In total, about a hundred pictures were taken that day, Biro told the BBC.

He posted the best one in one of the Facebook groups dedicated to photography. 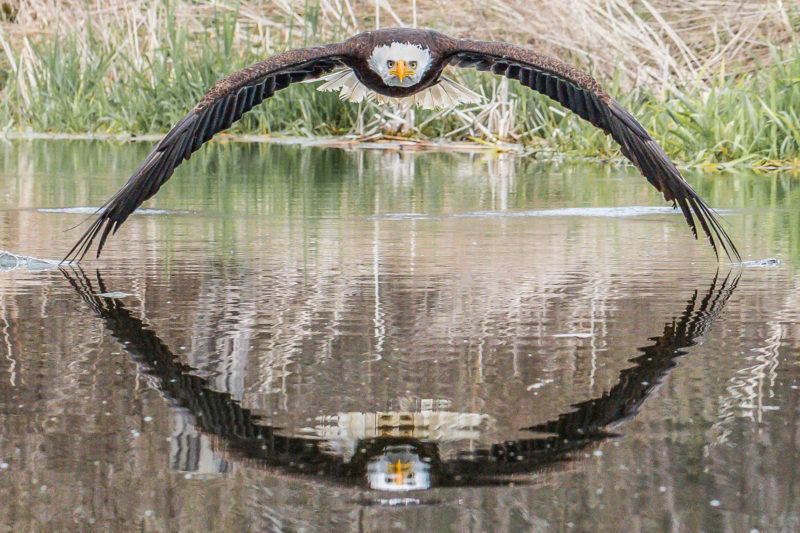 The shot appeared on the main page of Reddit, many publications wrote about it.

Biro, who has been engaged in photography for about ten years, is particularly fond of photographing birds.

According to him, although the birds in the reserve are used to photographers, the eagle was clearly unhappy that he took his place on the rock.

“He flew right at me, over my head. And he was so close that I felt the wind from his wings,” said the photographer.

As soon as he left the rock, the eagle immediately occupied it.

“This photo impressed me a little more than the others. But I didn’t think it would find such a response from people. ”

Instead of asking for toys for Christmas, an 8-year-old girl gives the animals at the shelter 600lbs of food
Interesting News
0 225

The gigantic Harpy Eagle looks like a man wearing a costume of a bird, precious beauty of the nature
Interesting News
0 916
Our Top Posts