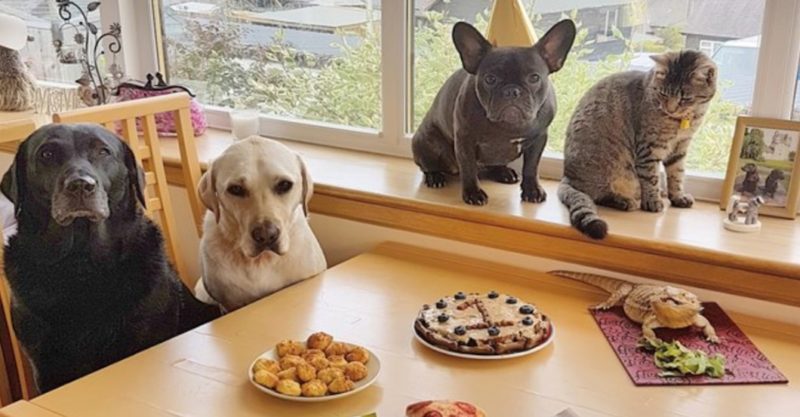 Some owners love their pets so much that they are ready to arrange real celebrations for them! 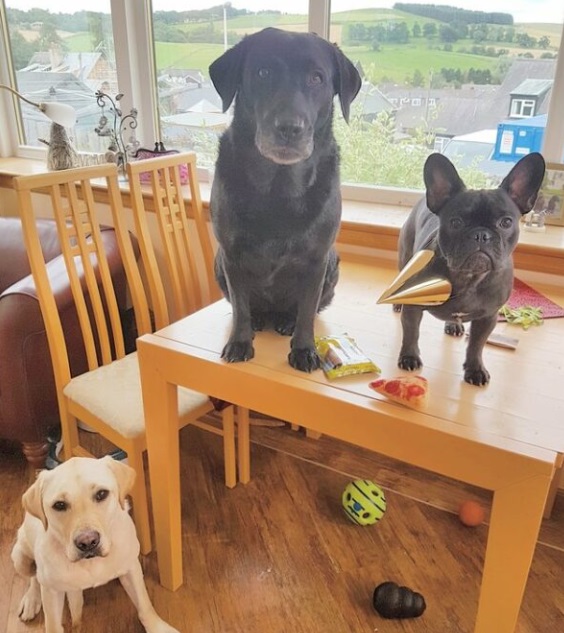 Emma Bias, on the eve of the first birthday of her bulldog Marvel, prepared a noisy party for him.

Marvel’s best friends, Emma’s other pets, were invited to the party.

Despite the difference in species and ages, animals get along well with each other. “I have many pets! Labradors Skye and Neave, the cat Espurr, the four-year-old lizard Sparrow and the hero of the occasion – the French bulldog Marvel. They all live very friendly,” said the hostess.

Emma gave the bulldog a funny pizza toy for his first birthday. But the main surprise was, of course, the festive dinner! 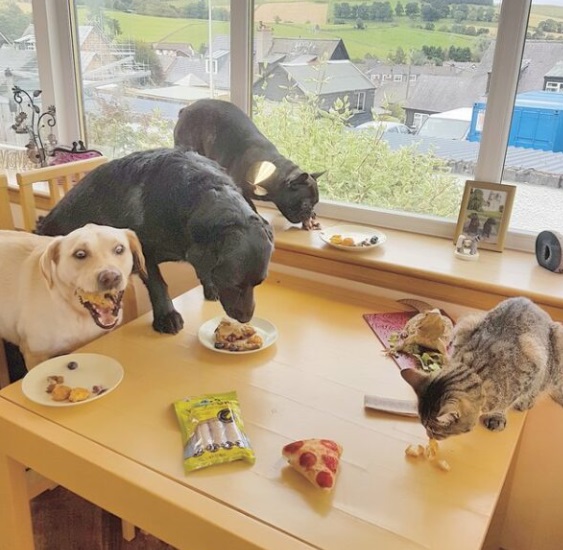 “For the dogs, I made a cake with oats, carrots, blueberries and peanut butter. The cat got a chicken and cheese cookie, and the lizard got a fresh salad,” says Emma.

The whole cheerful company sat down on the table and began to eat sweets.

Emma got the impression that the animals really understood who the celebration was in honor of.

They simply refused to start the meal without Marvel.

After the feast, the pets went outside, where they continued to have fun. 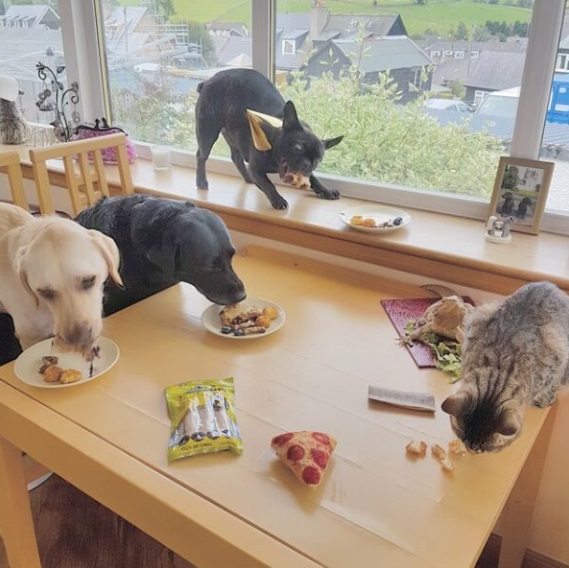 They played together for a long time until they got tired.

Surprisingly, such different animals get along without any problems.

Emma promised that from now on she will arrange similar parties for all her pets!

The newly-made mother, Golden retriever named Yami, tries to console her crying puppies by bringing them her toys
Positive
0 307