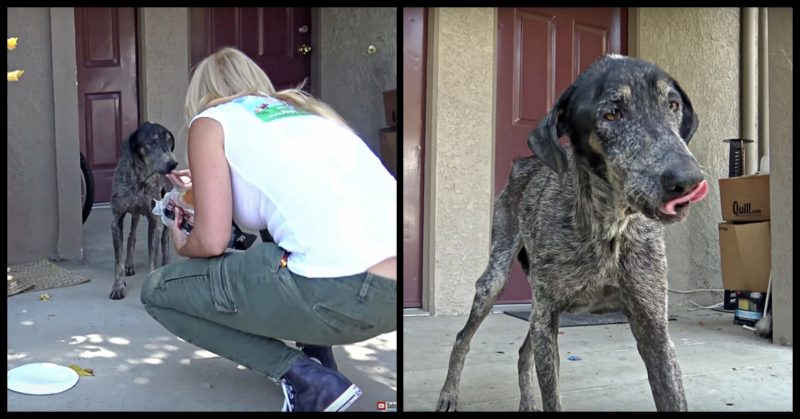 One day Hope For Paws received a call from Animal Control. 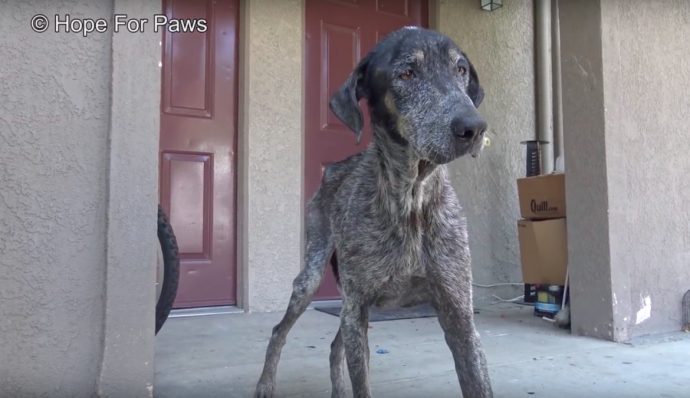 They said that a stray dog ​​lives in the mountains, which sometimes comes to residential buildings to look for food in the trash.

They asked for help, because they had already tried several times to catch the dog, but everything ended in failure.

Upon arrival, the rescuers saw an emaciated, balding and extremely frightened dog.

They knew they had to do everything they could to help this poor fellow.

The animal was very fearful and cautious.

The volunteers came up with an appetizing way to lure the dog!

Doggie was very nervous, but of course he couldn’t resist a delicious, flavorful cheeseburger!

One of the rescuers handed a treat to the dog, and she began to come closer and eat it right out of her hands. 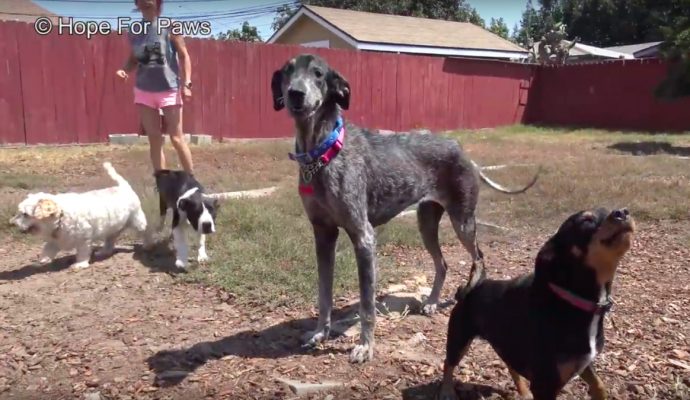 While the animal was distracted, another rescuer was able to carefully sneak up on the dog and catch her in a “trap”.

At first the dog was in shock, tried to break free and run away, but it took very little time for her to calm down and understand that these people had come to help her.

She happily finished her cheeseburger, offering her head to the volunteers for scratching behind her ear.

The first thing the shelter did was scan the dog for a microchip.

It turned out that Edna had a chip! 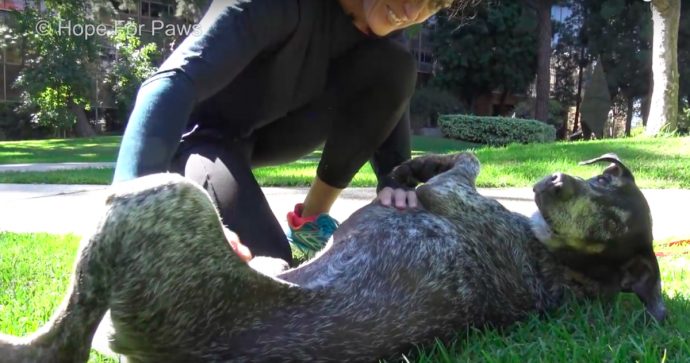 Rescuers learned that her original owner had given the dog to a new family, who apparently just got rid of the animal.

They informed the previous owner that the pet had died.

Two years have passed since then!

Edna’s first owner was glad that she was still alive, but could not take the dog and asked the shelter staff to find her a good home.

The beauty quickly took root in the shelter and made many friends.

A few weeks after her arrival, Edna was adopted by a family. The couple fell in love with the beauty’s ashen color and her innocent eyes.

Now Edna has a chance to start a new life!

This photo of an African boy has gone viral: look at how his life turned out
Interesting News
0 155