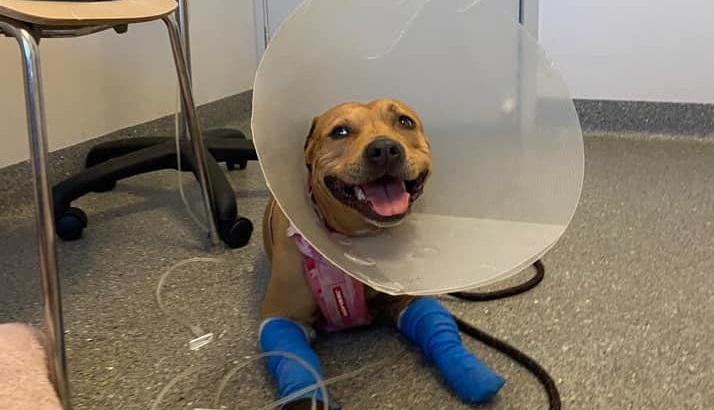 In early September, Madeline Mills was awakened by a loud noise in the backyard. 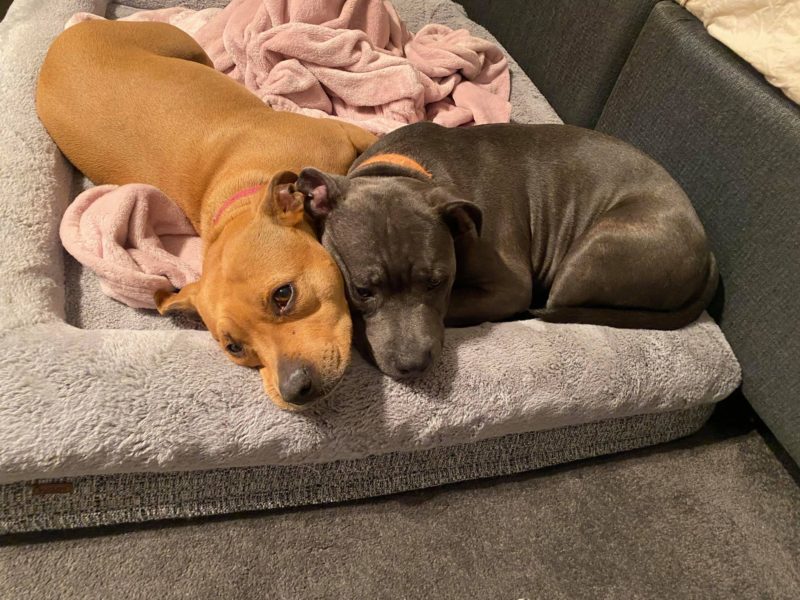 She quickly woke up, suspecting that something bad had happened to her dogs – Milly and Tonka.

Madeline went outside and saw that the puppy was vomiting, and the five-year-old dog had diarrhea. 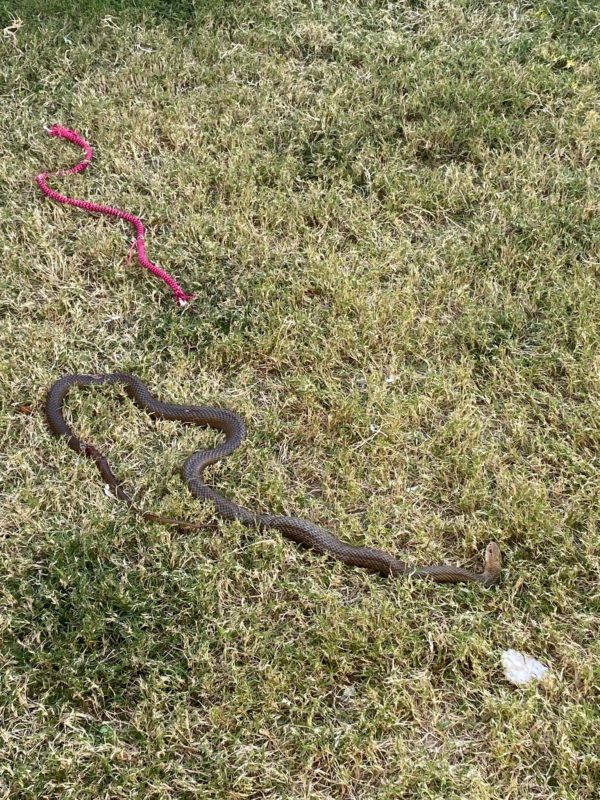 And then Madeline finally noticed a long brown snake on the grass.

It became clear: Milly had been poisoned.

Madeline took a photo of the snake and immediately took both dogs to the nearest veterinary clinic.

The doctor discovered that Milly had a lot of bleeding bites on her nose, legs, chest and neck.

Fortunately, Tonka was not injured – this was confirmed by examination and blood tests.

Milly spent four days at the veterinary surgical center. Despite her critical condition, she did not lose her faith and fought desperately for her life. 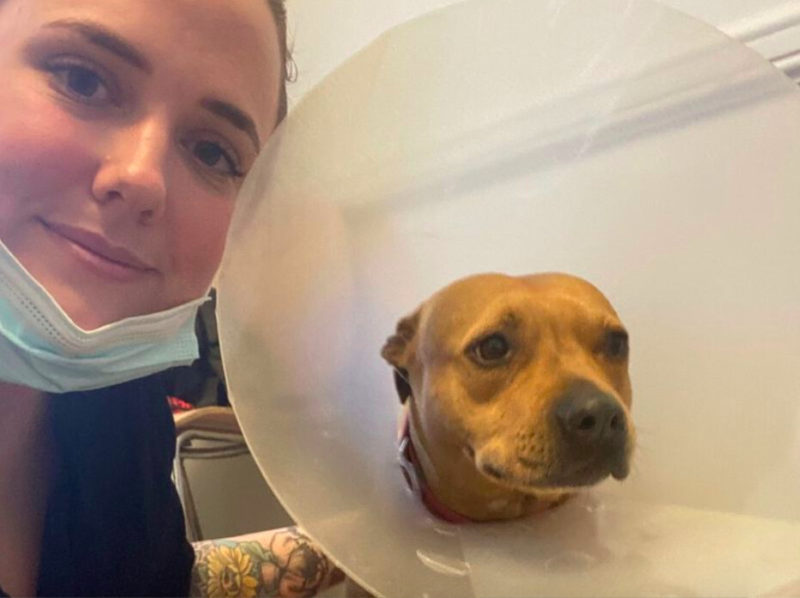 Tonka was monitored for only one night, and after that he went home. They did not find anything serious in the puppy.

Knowing how Milly protects the puppy, Madeline and her husband have no doubt that in a moment of danger, their dog was there and saved the baby from death.

Even one bite would have been enough to kill Tonka.

After four weeks of treatment and rehabilitation, the dog returned home. She still has difficulty walking, but is already trying to play.

According to Madeline, the snake attack took several years of the dog’s life, but the worst is over. 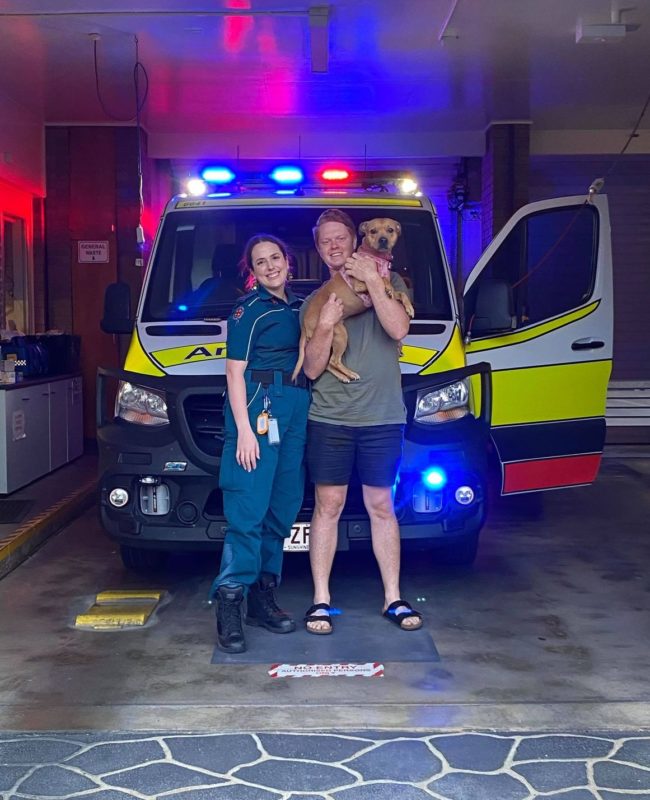 She is very grateful to the pet for the courage and dedication. Because the snake that made its way into their yard could kill not only a puppy, but also people.

Milly, whom Madeline and her husband had once saved from life on the street, repaid them in full with her loyalty.