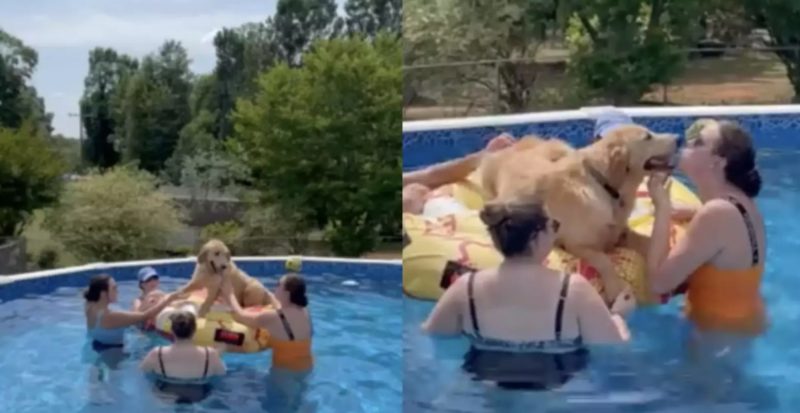 Jennifer Motes and her friends had a pool party that instantly became more memorable and fun when out of the blue a retriever named Stoker and his tailed buddy barged in. 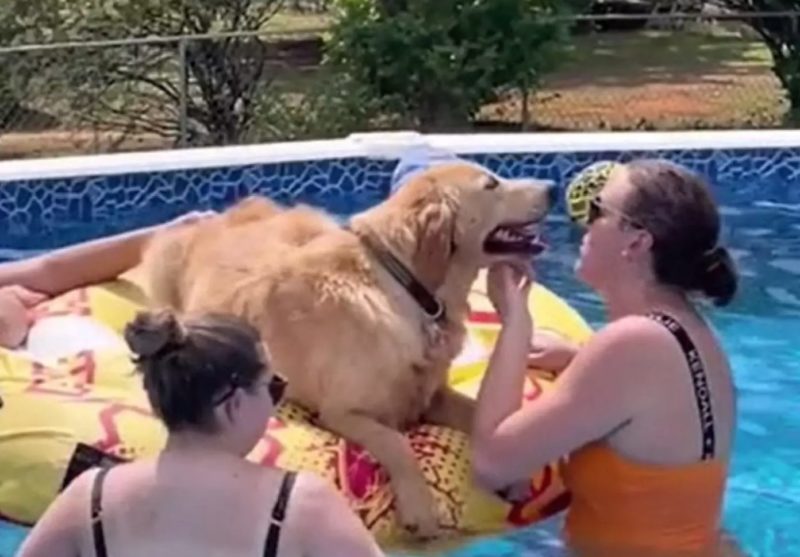 The dogs were playing together nearby. They heard the sounds of fun and decided to join it.

Stoker turned out to be a real party-goer and immediately began to come off to the fullest.

But his friend was more modest, so he just sat or calmly walked next to people, sometimes allowing them to pet him.

“When they arrived, some of us were in the pool and some were in the yard. The retriever ran a lot, wagged his tail and got to know everyone. But the second dog was shyer and just sat modestly for a while,” Jennifer said.

Stoker had a great time with an unfamiliar company, and they were delighted with him.

At some point, his friend joined the shaggy, merry fellow. Apparently, he was tired of being bored alone.

While the dogs were having fun, someone contacted Stoker’s owner and reported the location of the tailed friends.

The owner took the dogs a few hours later, when they had plenty of socializing with people, running around, swimming and eating goodies. The party turned out great.

Faithful dog jumps into an ambulance to follow her sick owner to the hospital, insisting that they take her, too
Animals
0 475