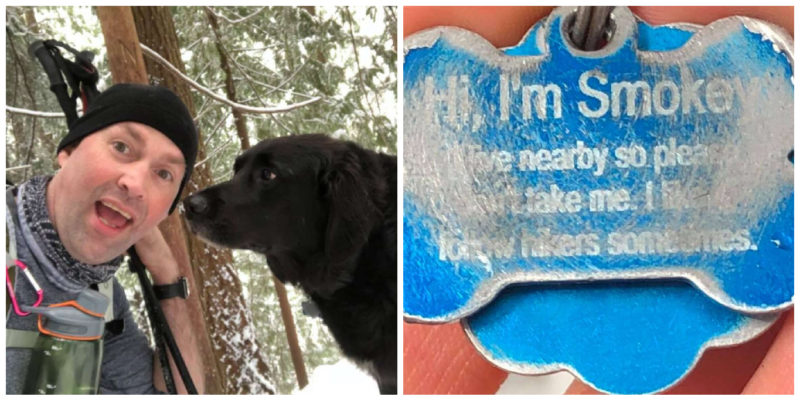 Scott Brown and his wife and a group of tourists were going on a hike to mountain waterfalls near the city of North Bend.

While leaving the parking lot at the foot of the mountain, Scott noticed a dog that was closely watching the travelers. 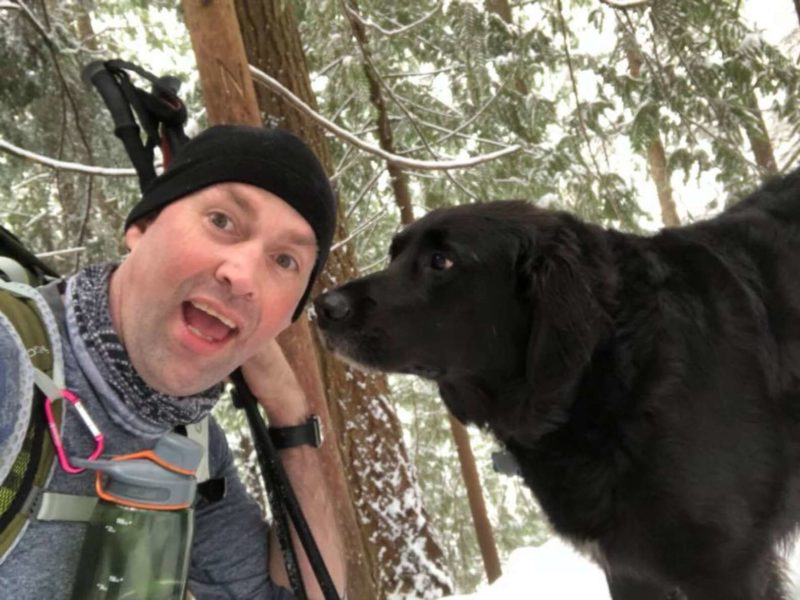 Then he did not think much of it.

However, having climbed up the mountain path for a couple of kilometers, the travelers again noticed a black dog, which, apparently, purposefully pursued tourists.

The dog looked friendly enough that Scott wanted to get to know him. 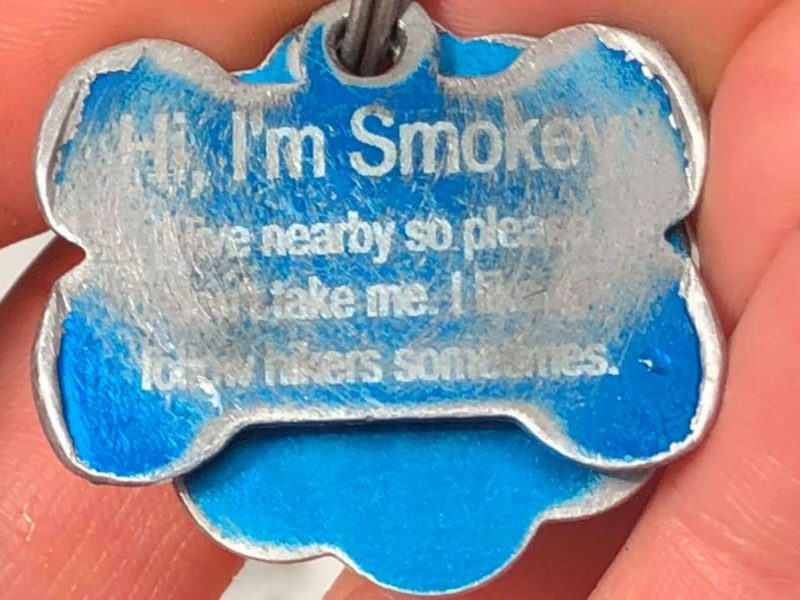 It turned out that a black Labrador was interested in tourists, and the dog was wagging its tail, clearly wanting to join the campaign.

But what was such a dog doing in the mountains? The travelers received an answer very soon.

Scott decided that the dog was lost – otherwise why would a Labrador pester strangers?

The man considered it necessary to still pick up a dog so that the dog would not freeze in the mountains.

And the dog followed him all the way, barking invitingly, and wagging his tail.

In the end, Scott earned the dog’s trust and decided to find out something about his owners. 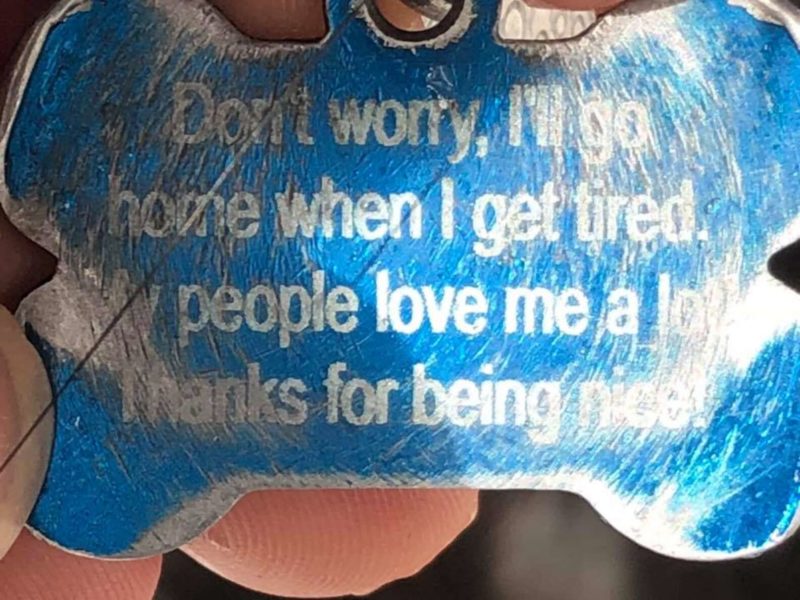 Perhaps there is a label with an address on the collar? And the message really was, but not quite what Scott expected.

“Hi, I’m Smokey. I live nearby so please don’t take me. I like to follow hikers sometimes,” the inscription said.

“Don’t worry,” the badge said. “I’ll go home when I get tired. My people love me a lot. Thanks for being nice!” it was written on the other side. 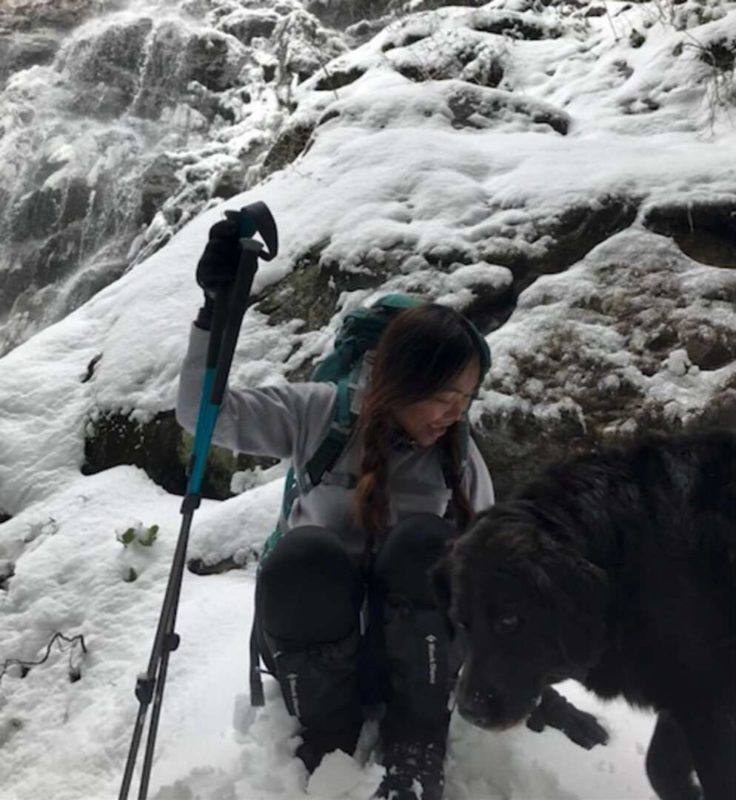 It turned out that Smokey was not joining the hikers for the first time, and the owners were forced to warn people like this that their dog just loves to walk.

What Smokey did that made them order such an ID tag is a mystery.

As Scott and the rest of the hikers made their way down the mountain to the parking lot where they started, the Labrador rushed towards the nearby houses.

And, barking invitingly, he said goodbye to his new acquaintances.

Meet Goliath, the adorable baby cow raised with 3 dogs who thinks he’s a dog too
Animals
0 210