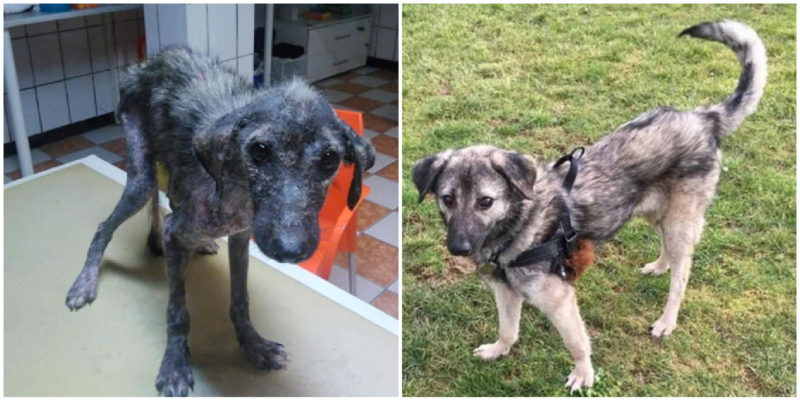 Wandering the streets of Romania, he did not have a single chance to survive. 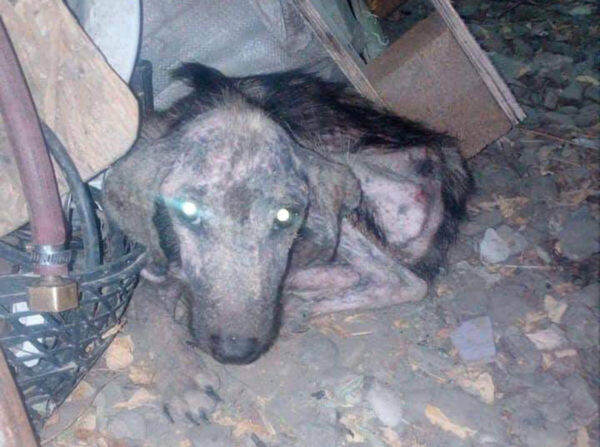 Fortunately, kind people noticed a very sick and emaciated dog in time and posted his photos on Facebook.

There they came across a lonely pensioner named Felicity Hollings from the English city of Norfolk.

The woman’s heart sank at the sight of this poor dog.

Due to illness, he lost his fur and was covered with scabs. 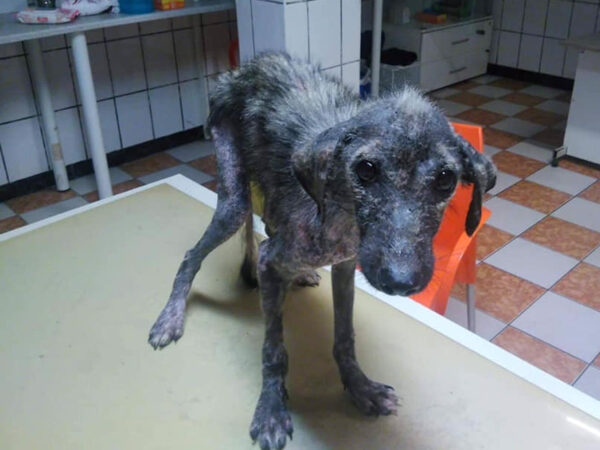 Felicity did not hesitate to send money to volunteers who were collecting donations for Reuben’s treatment.

She also wrote that she was ready to shelter the mongrel if he was brought to her.

Luckily, the UK-based charity REAN took care of the dog.

Thanks to voluntary donations, the volunteers managed to cover all the costs associated with the maintenance and medical care of the animal, and transport him from Romania to England. 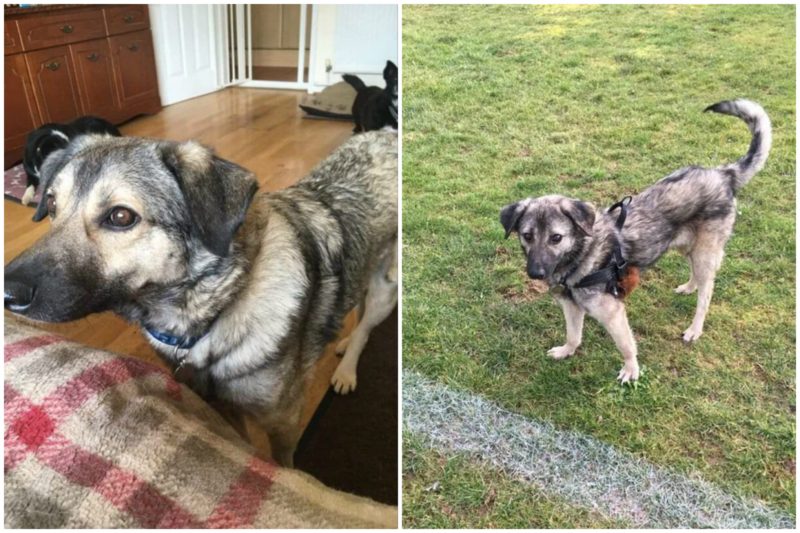 By the time of the meeting with the new owner, Reuben already looked much better, however, he weighed a little less than the norm – about 10 kilograms.

The two immediately liked each other.

At first, Felicity did not plan to keep the dog permanently, but when she looked into his attentive black eyes, she realized that she was ready to become his family.

Reuben turned out to be a very affectionate dog.

Despite all the suffering he went through, Reuben has not forgotten how to love and trust a person.

In difficult times, when Felicity found herself in complete isolation due to the epidemic of coronavirus infection, communication with a dog was her salvation. In addition, now she could at least briefly go outside to walk her pet. 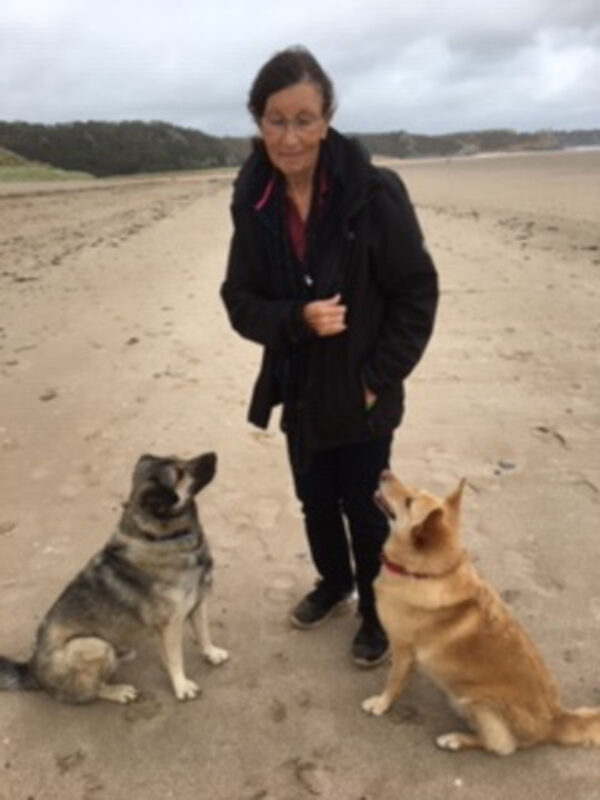 Since the dog came into the house of the 69-year-old pensioner, she began to breathe fresh air every day, and for the first time in a long time, the lonely woman had a smile on her face.