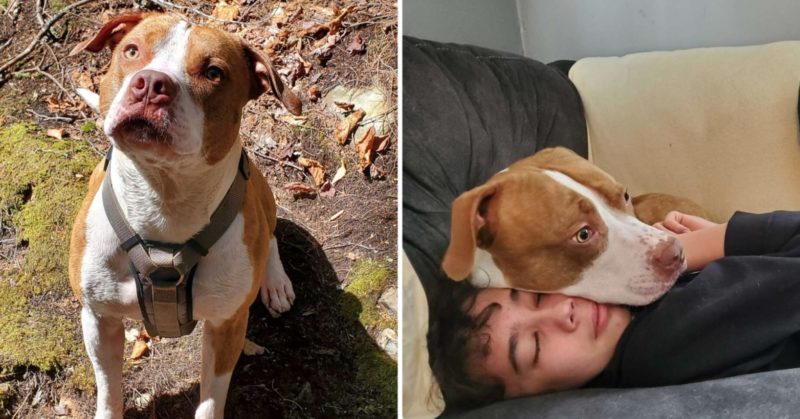 A year and a half ago, Candia Merchant and her husband took home a dog named Charlie, who had suffered abuse from his previous owners. 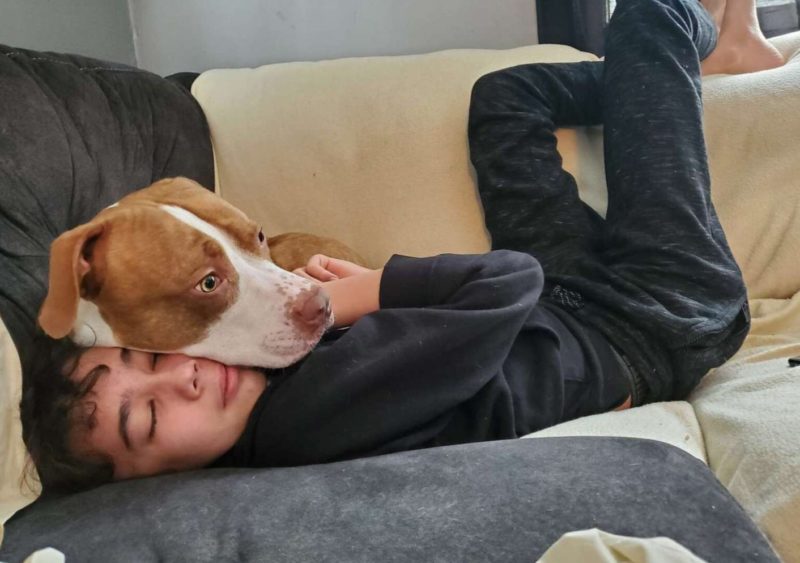 The dog turned out to be very kind and affectionate. But the new owners did not even think that he was also a real rescuer.

Charlie is very fond of all the members of his family. But most of all, he is attached to 14-year-old Donald.

And once, the smart dog saved the teenager’s life.

Last month, Donald was in the barn looking for a line when a hornet buzzed nearby. The teenager immediately went outside to be away from the insect, but it still stung him. 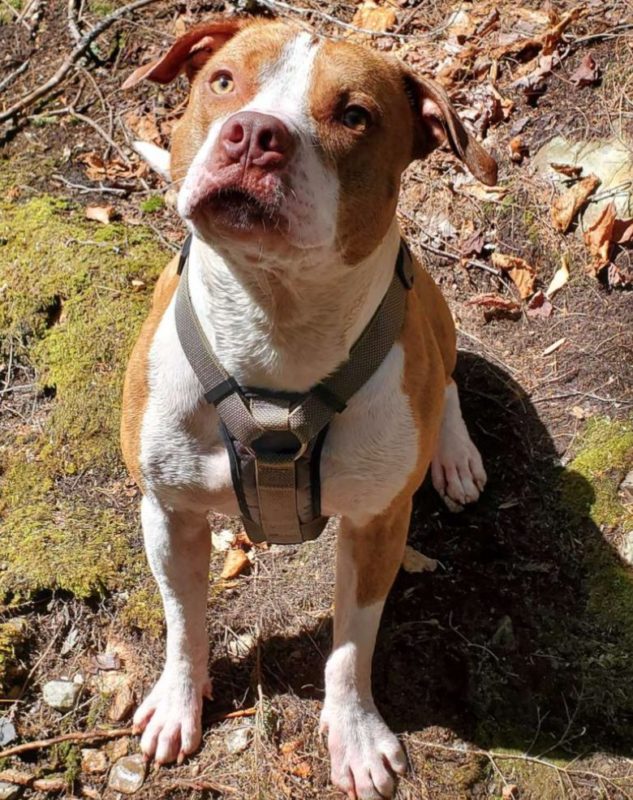 During this time, Charlie kept a close eye on his two-legged friend from the living room window, while other family members were busy cleaning.

“I didn’t notice that Donald was stung, but Charlie did. He began to run back and forth in a panic, barking loudly at the window. The dog knew Donnie was in trouble, and he didn’t stop running and barking until I noticed him and looked out the window,” Candia recalls.

The dog was not worried in vain: Donald fell to the ground and could not breathe. He had anaphylactic shock caused by a hornet sting.

Candia ran out into the street and examined her son. She didn’t know he was allergic to insects. But she recognized the symptoms right away because she’s allergic herself.

The woman gave the child medicine and called an ambulance. The teenager was taken to the hospital. He soon recovered and returned home.

After recovery, the caring dog did not leave his man for a minute. 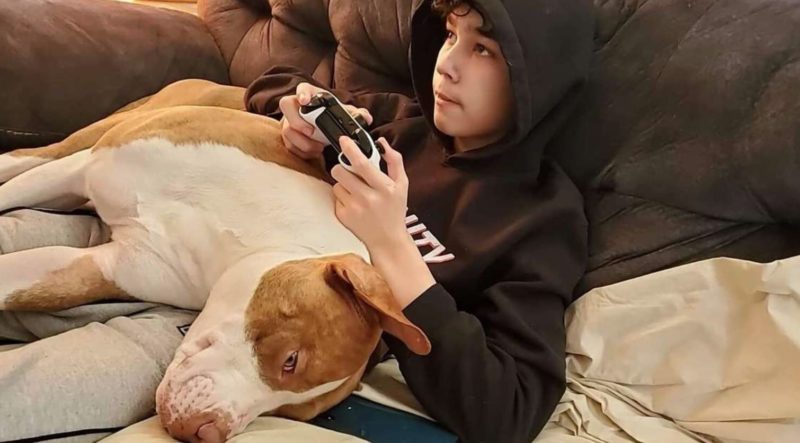 “After my son was stung by a hornet, Charlie refused to leave his side for almost two weeks. He lay on him, sat on him and followed him everywhere – even to the bathroom,” Candia said.

Donald is very grateful to his tailed friend for saving. Now the guy knows for sure that as long as Charlie is around, he is safe.