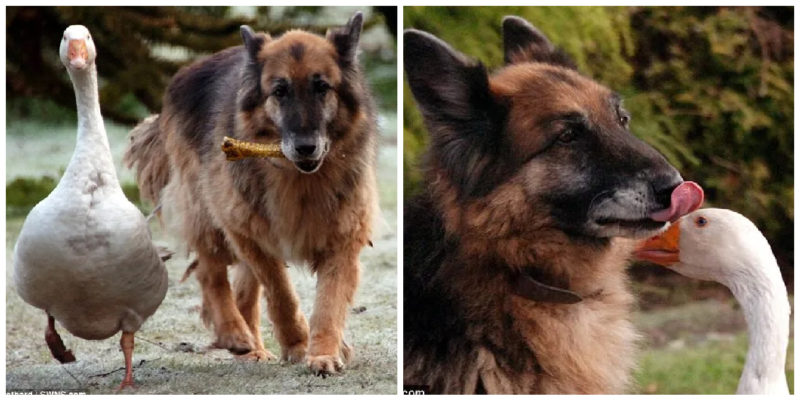 Rex is already 11 years old, and he spent eight of them in a shelter.

He got there after he was found tied up in a junkyard. 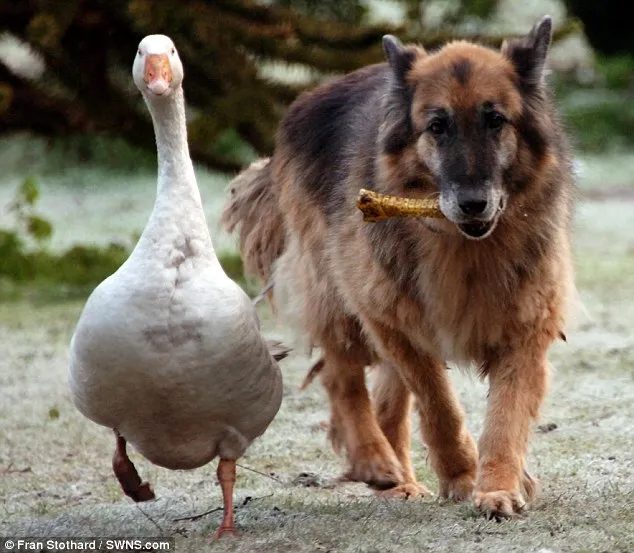 He bit several people at the shelter, and two volunteers always came to feed him: one distracted his attention, and the other changed a bowl of food.

For his aggression, he even got on the list of animals that should have been euthanized. 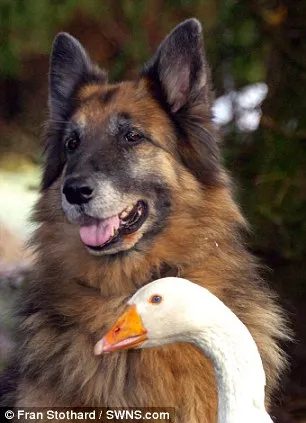 But they found out about him at the Puriton Horse and Animal Rescue farm and decided to save him.

It is not difficult to guess how frightened the workers of this farm were when they saw that the local goose Geraldine got into Rex’s enclosure.

But, it was she who was destined to become the savior of this dog. Seeing Geraldine, Rex’s heart immediately melted, and he decided to make friends with her.

“Geraldine adores her new friend. She runs next to him all day. And when we go with Rex for a long walk in the forest, she must be there,” says Sheila, the shelter manager.

“They are very affectionate with each other and love to relax and sleep together. Rex licks Geraldine and she loves him back.” 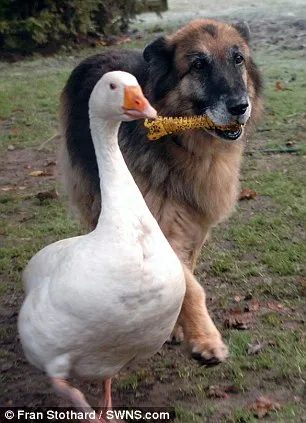 “I have been working at this shelter since 1997 and there were many animals here. But I have never seen such a connection as Geraldine had with Rex,” says Sheila.

But this love story was not without a love triangle. Vera the Shepherd is Rex’s only ex-girlfriend and is very jealous of Geraldine. 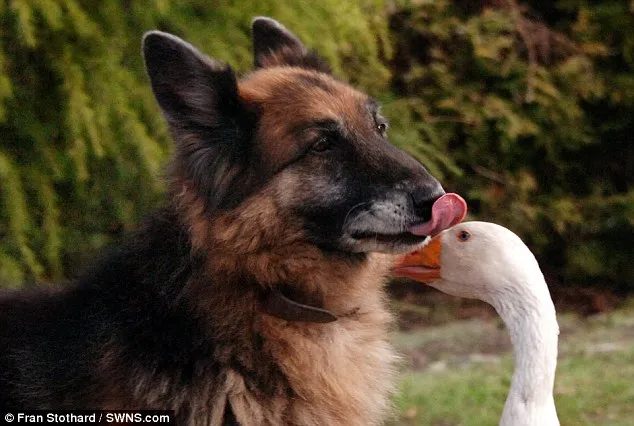 But the shelter assures that they surrounded Vera with love and hugs, so she managed to survive this separation without much stress.

And Geraldine and Rex continue to be the most incredible and inseparable couple in this beautiful shelter!

A caring American Akita sensed that something is wrong with her pregnant human, even when the doctors said otherwise
Animals
0 1244