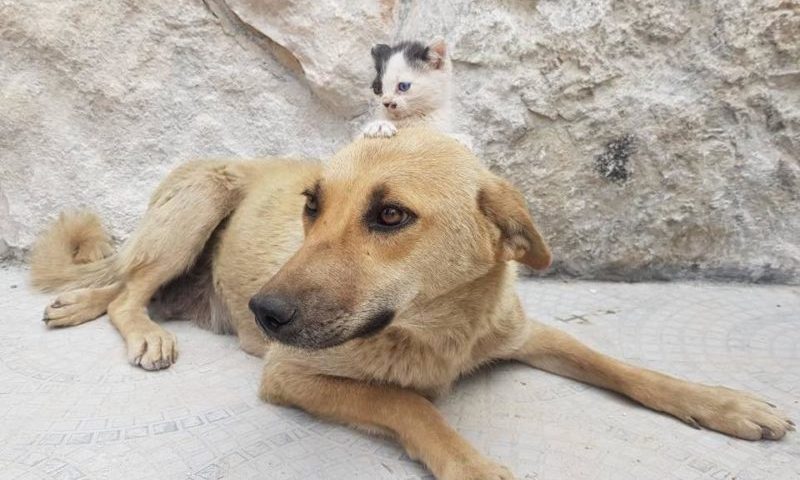 4 years ago, a resident of Aleppo (Syria) Mohammed Alaa Jalil became famous for feeding homeless cats in the ruined part of the city.

Mohammed later founded a shelter for these cats called “Il Gattaro d’Aleppo”. In total, the shelter now has about 80 cats. 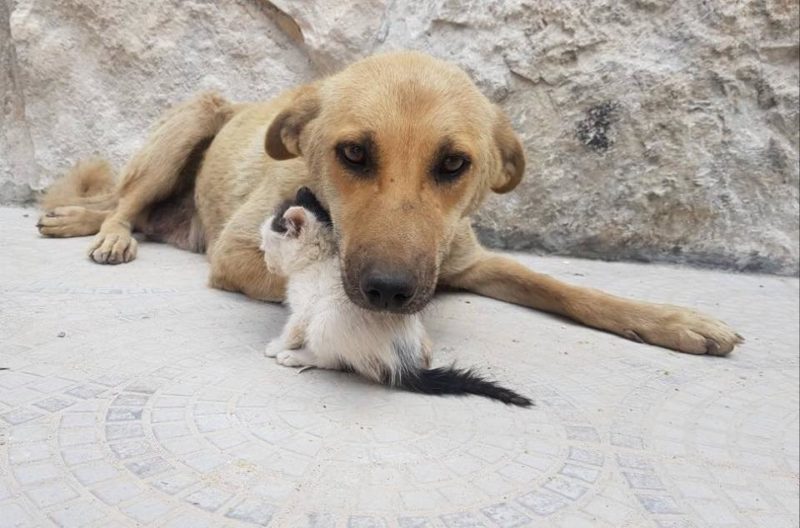 But recently, Mohammed came across a skinny stray dog ​​and took it to his shelter too.

They named the dog Amira, and it soon became clear that she was pregnant.

A separate room was allocated for the dog so that no one would disturb her there when she gave birth.

Amira gave birth, but alas, all three puppies were dead. 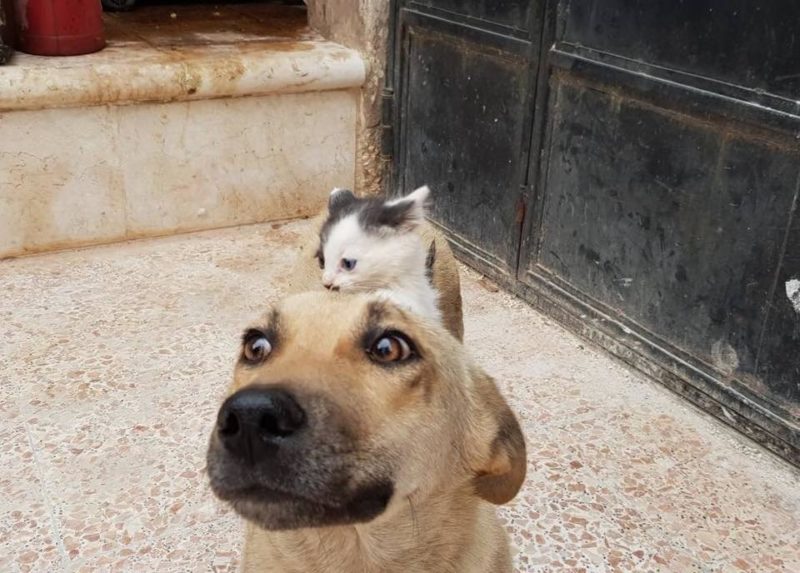 The dog was very sad about her puppies and Mohammed himself was also upset.

They tried to give the dog teddy bears in an attempt to console her and replace the puppies, and Amira began to lie with these bears.

And then a kitten was brought to the shelter from the street, who was given the name Junior.

When the kitten went out into the yard of the shelter, he noticed a teddy bear lying near the doghouse and approached it. That’s how he met Amira.

At first, he fearfully and cautiously approached her paw, then decided to go up to the face and rub against her.

And then the behavior of the dog changed. She left the teddy bears and became interested in the kitten. 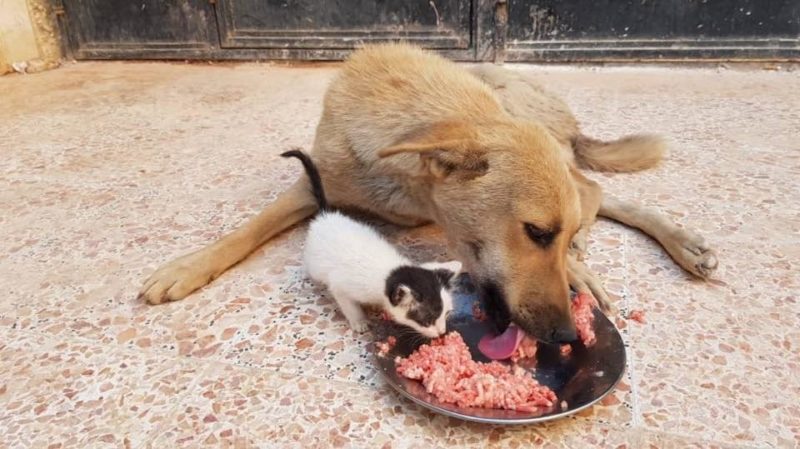 Soon people saw that she was playing with him and licking him like she would lick her puppies.

“We saw how the kitten climbed on her back, and the dog was lying, and it seemed that she was smiling,” says Alexandra, a volunteer at the shelter.

Soon the kitten and the dog were even eating from the same plate.