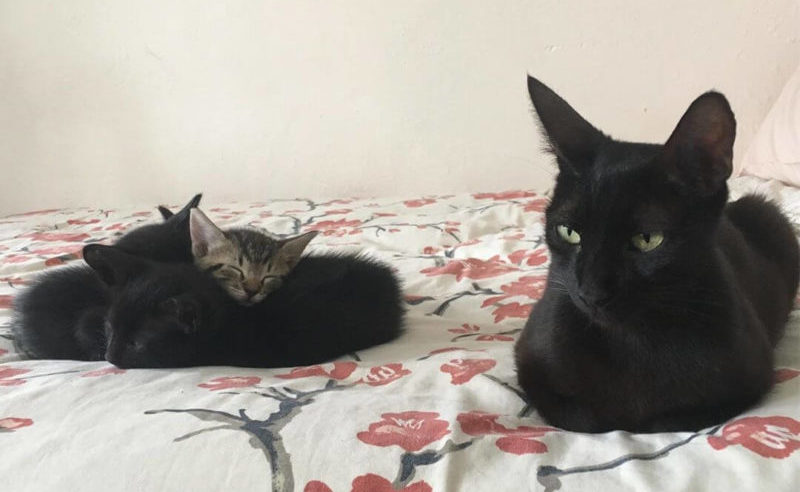 When a homeless black cat, whom Ida Floreak eventually gave the name Salami, felt that she would soon give birth to kittens, she began to visit the woman more and more often. 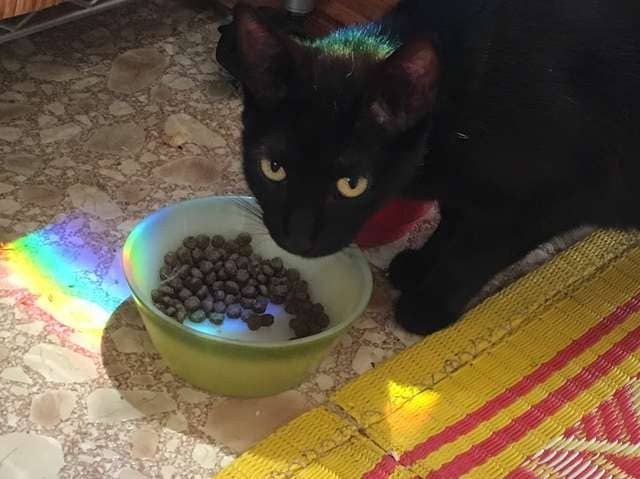 As a result, the animal found its home in Floreak’s house.

Salami started coming to Ida Floreak’s house when she saw that the owner’s cat was constantly walking in the backyard.

“Apparently, she really liked him,” says the artist, who lives in New Orleans, USA.

“They were sniffing each other, but it was clear that Salami was more interested in the cat than he was in her. It was definitely clear that she was here, to see him, and it looked very cute.” 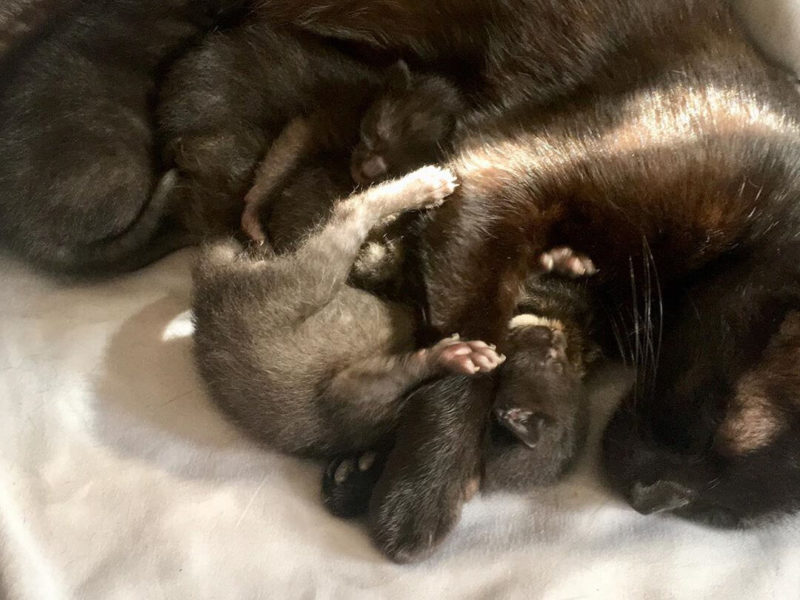 Ida began to feed the black cat, and soon she began to appear in her house every morning, meowing at the door. And although the cat really wanted to eat, at first she rubbed against Ida’s legs and only then proceeded to the meal.

And then Salami suddenly got a stomach ache. And Floreak began to treat her and took care to vaccinate her.

Soon the woman noticed that the cat was pregnant. Now the animal began to spend even more time with Floreak, playing with her. 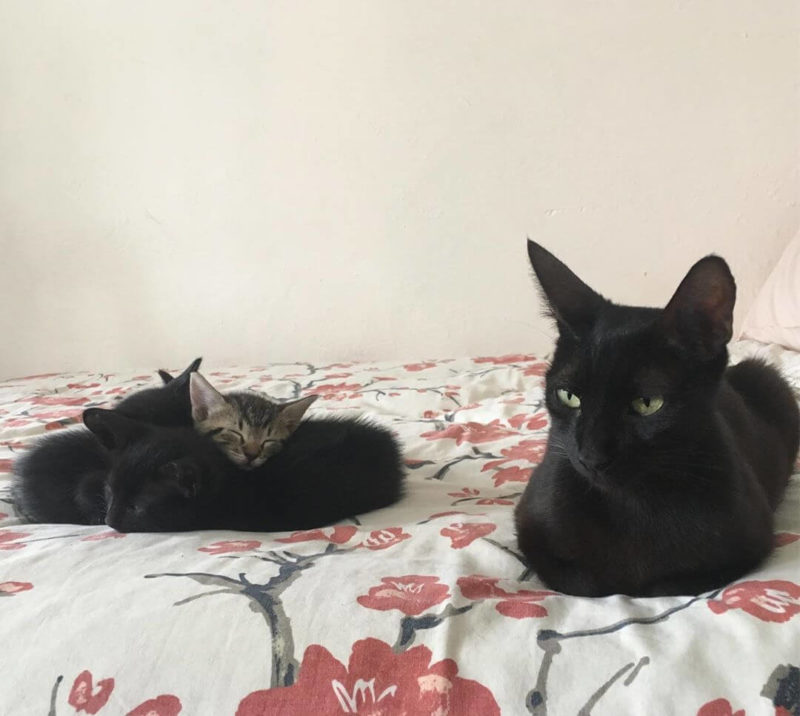 One morning, Salami arrived earlier than usual, it was only 5 am, and she was already sitting on the doorstep.

At the same time, she meowed very persistently, which was not typical for her. The woman let her in, and around 9 am she began to give birth.

Floreak managed to prepare a place for the birth of cat offspring by spreading old blankets in the hallway.

First, Salami gave birth to two kittens. She seemed pleased, and Floreak assumed that the process had come to an end. 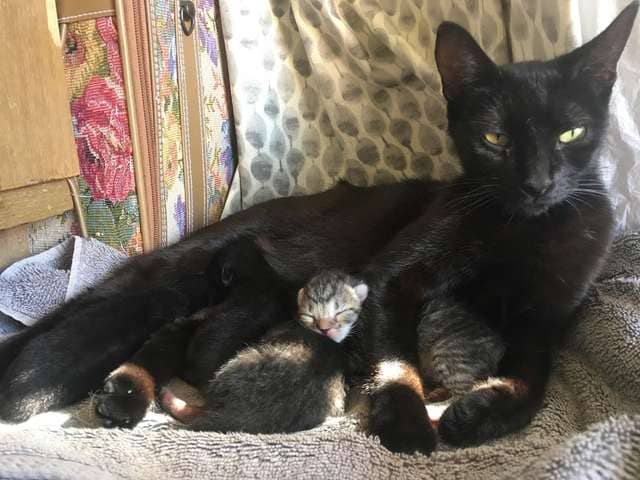 However, during the night, the black cat went into labor again. Floreak was very worried and contacted her friends via Zoom to ask them for advice, as she had never encountered anything like this before and did not know how to behave.

Floreak has already managed to find homes for all four kittens, placing them in good hands. As for Salami herself, Ida decided to keep her, because after they went through this stage together, there are no other options.

The family let their cat into the house, and then found her exact copy on the sofa
Animals
0 165
Our Top Posts