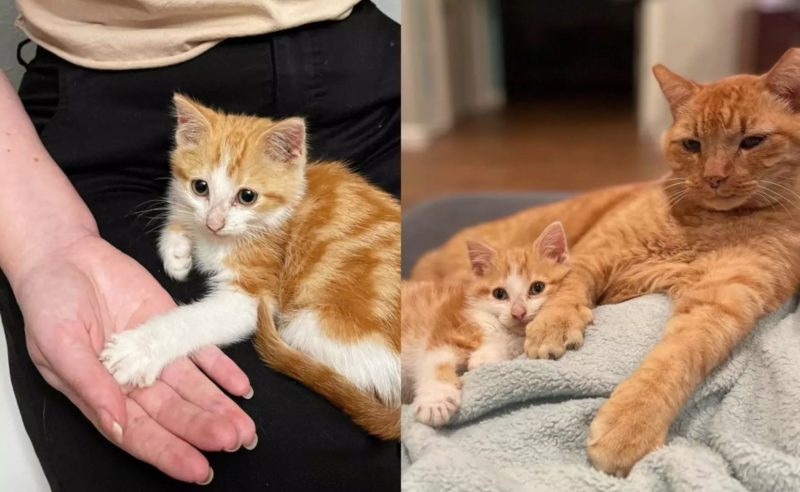 A few weeks ago, Megyn Scott-Hintz, a resident of Texas, found a tiny sick kitten on the street, which she decided to take home. 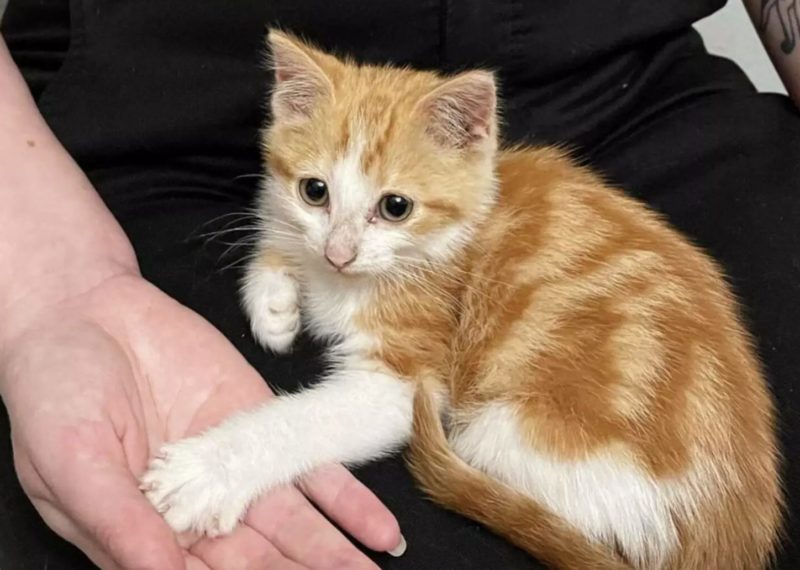 “He was thin, hungry, with bad ears and a lot of fleas,” Megyn recalls.

The kitten, whom Megyn named Garfield, had difficulty getting used to the new environment and felt very unwell.

But, fortunately, soon the kitten had an older brother named Pickles, who began to help him in everything.

The elderly Pickles lived with Megyn for many years, but spent most of his time outside and only came into the house to eat and rest a little.

But as soon as he saw Garfield, everything changed: the semi-wild and unsociable cat instantly became sensitive and caring.

Pickles began to look after his little brother, play with him, clean, protect and even put him to bed.

Garfield turned out to have more health problems than his new owner expected, and for some time he had to be taken to a veterinary hospital.

Pickles missed the kitten very much and was overjoyed when he returned home.

“As soon as Garfield returned, Pickles began to take care of him even more actively. If I tried to take the kitten away, he would hiss and bite as if to say, “Don’t touch the baby! Leave him. I know what to do,”
Megyn said.

Currently, little Garfield is gradually recovering and enjoys spending time with his older brother, who now disappears less often on the street.

Megyn hopes that friendship with the kitten will help Pickles become more at home and outgoing.