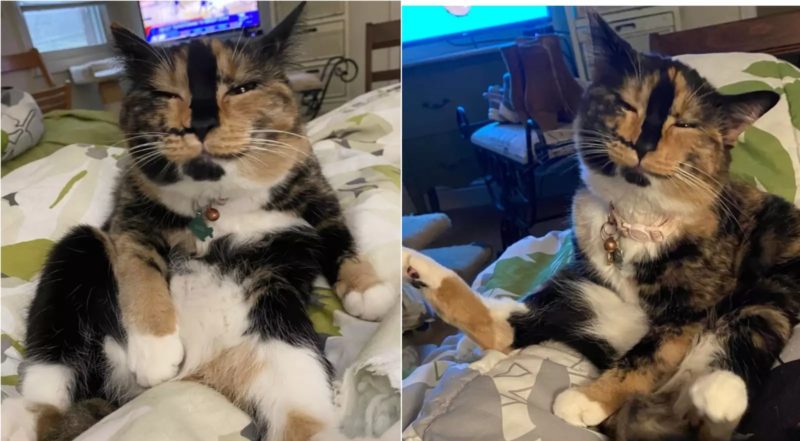 In June 2020, Kelly DeWeese from Kentucky went for a run and saw a tiny ball of wool next to a cornfield.

The little cat was covered in fleas and looked very sick. The woman could not leave the baby on the street, took her home and gave her the name Snickers. 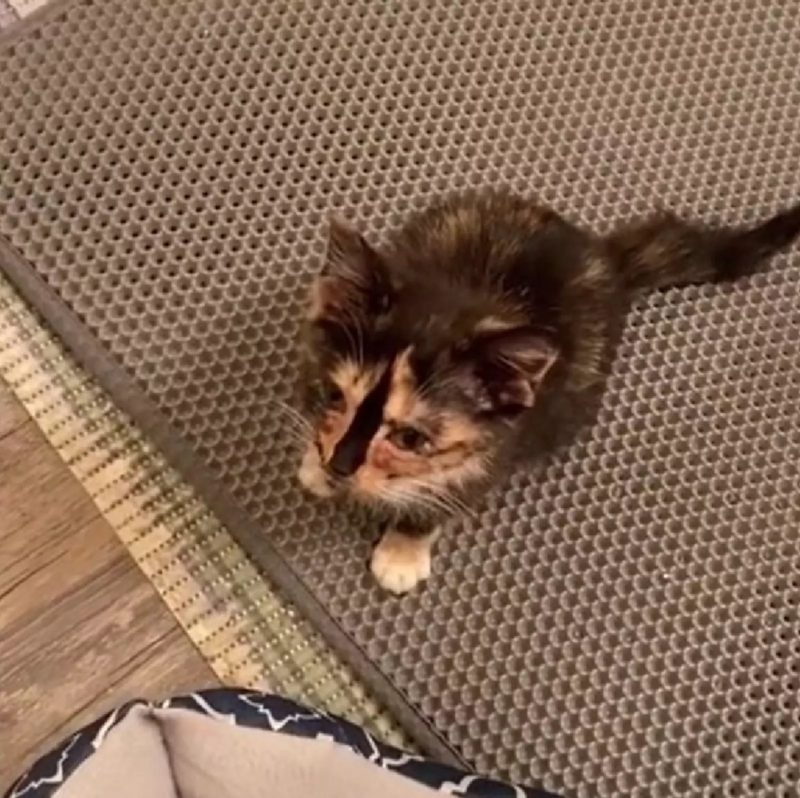 “I picked her up, brought her into the house and bathed her, and the next morning I took her to the local veterinarian,” Kelly recalls.

At the clinic, the cat underwent many costly checks, and the doctors discovered that she had large polyps in her nose, which could only be removed with a few surgeries.

“The operations were performed six weeks apart and were very expensive. After the first operation, everything was fine, but after the second, Snickers woke up blind,” Kelly told Metro.

Fortunately, Snickers’ vision was restored, and over time, the spots on her face turned her into a constantly smiling cat.

“The Snickers face looks like she’s always smiling and smirking. She is really happy and living her best life.” says the owner.

In general, Kelly spent seven thousand dollars on treating the cat, but she does not regret it at all. She is very glad that an affectionate, sweet and loving pet has appeared in her life.

The woman regularly shares photos of her smiling cat on social media, where she now has thousands of fans.

“I love Snickers, and if other people enjoy her too, that’s great,” Kelly admitted.

The huge walrus named Wally travels along the European coast, “hijacks” strangers’ boats to have a rest on them
Animals
0 556