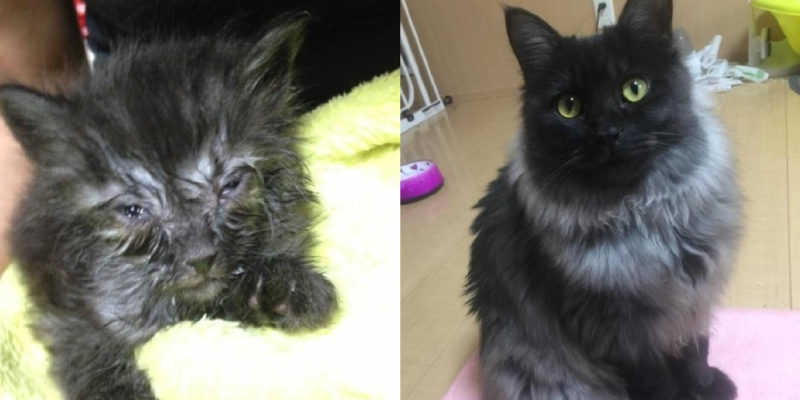 This happened in Japan in 2016. A young couple found a dirty and wet kitten on the side of the road. 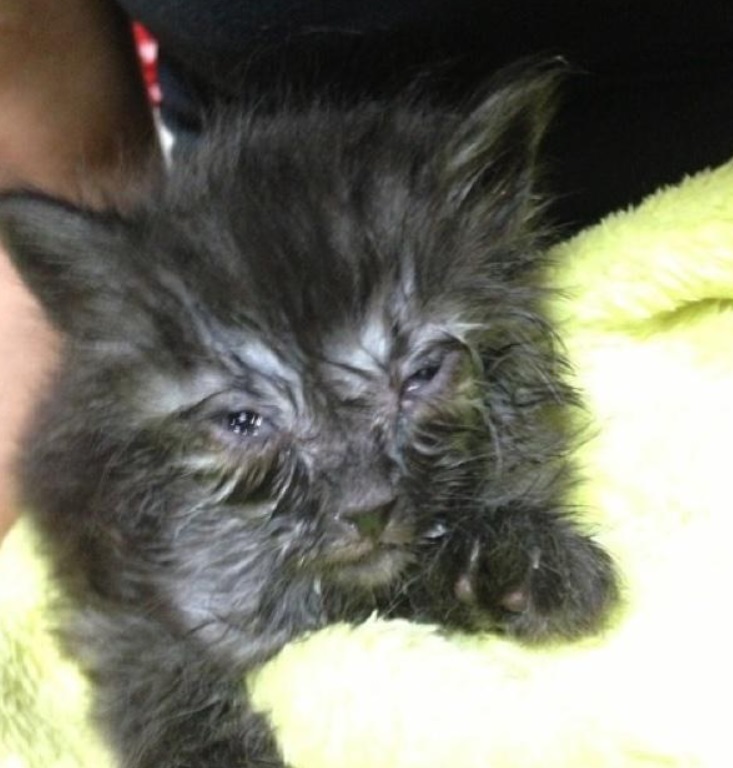 After a while, he surprised them by truly “blooming” and surprised everyone with his luxurious silver fur coat.

On a rainy day in May, two people noticed a wet and dirty black kitten on the side of the road.

According to his rescuers, if they hadn’t picked him up, he might not have survived the rain. 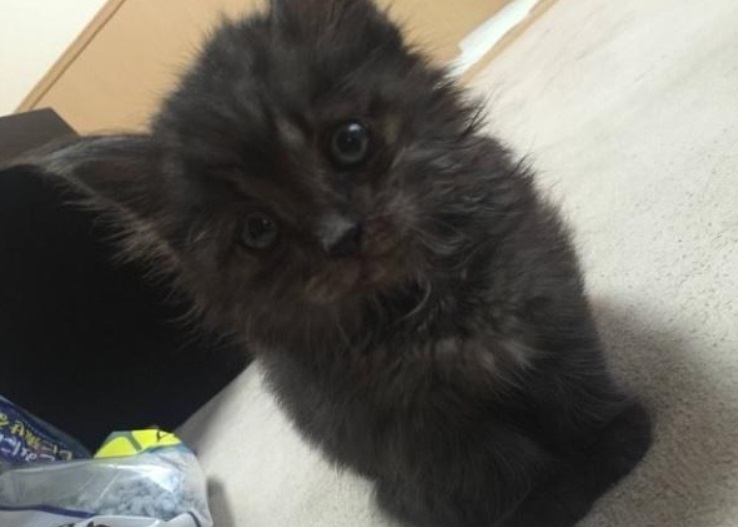 They wiped it from dirt and the kitten immediately fell asleep sweetly.

The kitten’s eyes were very watery, the veterinarian said that an infection had got into the eyes and suggested treatment.

It helped, and every day the kitten looked better.

He also gained weight and grew older. In just a week, he doubled his weight.

He also proved to be very quick-witted and quickly mastered the tray. 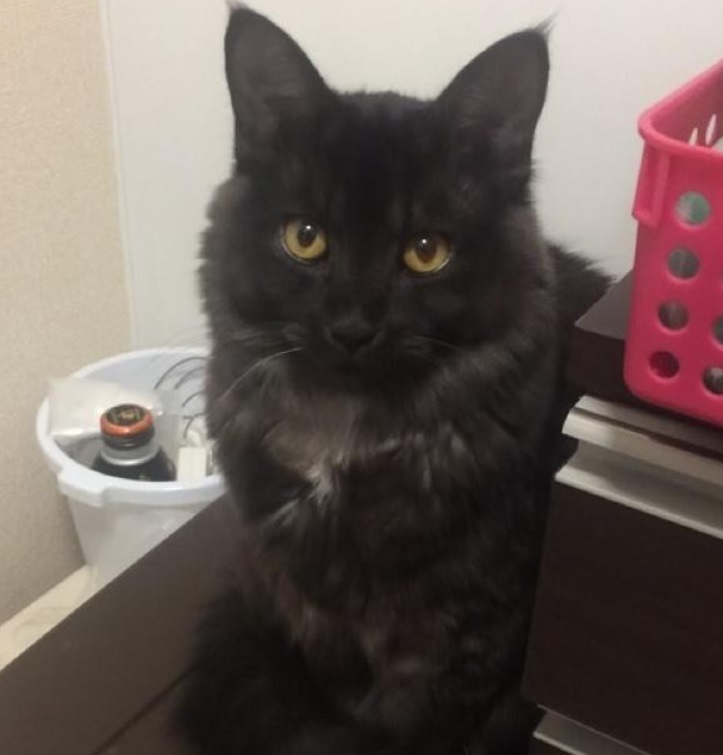 When they found him, he weighed only about 200 grams, but when he was 5 months old, he already weighed 4 kg.

It became clear that he would grow up to be quite a large cat.

It is not known what breed he is, but he has developed small tufts on his ears and loves to sit on two legs like a meerkat. 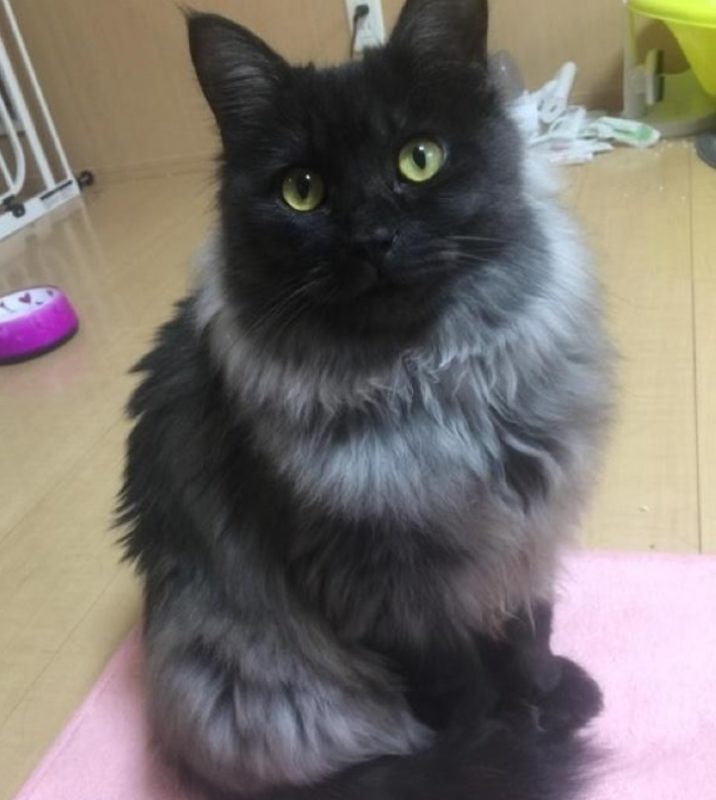 When he was eight months old, his fur suddenly changed, he had a light gray undercoat that looked like a beautiful mane around his head and a light coat on his body.

The fur itself has become very thick. The owners were very surprised by his silvery fur.

Meet the “cosmic” eyes: the blind cat from Canada became famous for the peculiarity of his appearance
Animals
0 141