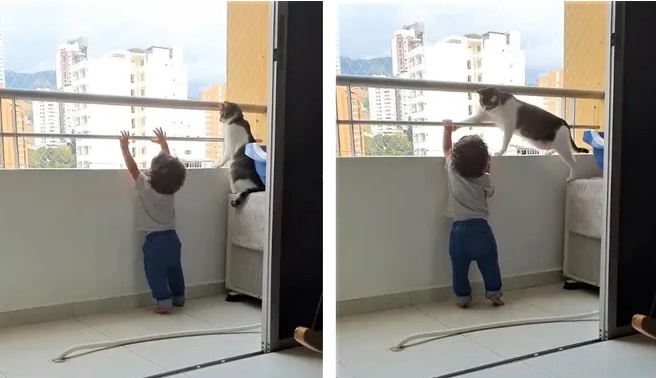 This family is lucky: their little child is under the vigilant supervision of a very smart cat.

From the outside, cats may look like very indifferent animals. But we believe that a kind, caring heart beats inside them. 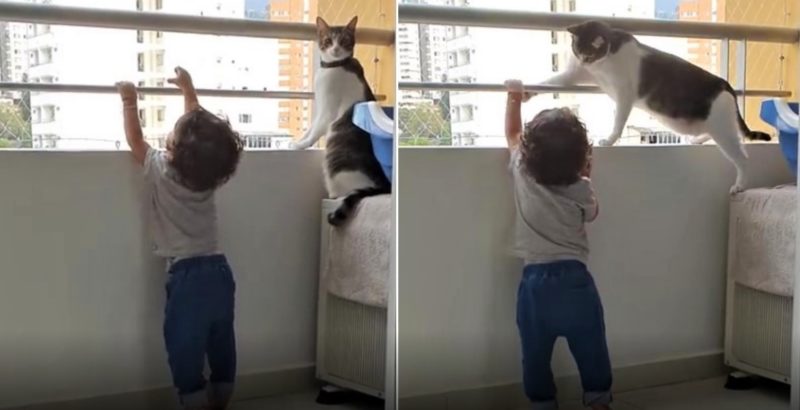 For example, one cat from the Colombian city of Bucaramanga really cares about his little owner.

A one-year-old baby, who is just trying to walk, became interested in what was happening on the street and began to climb onto the balcony railing.

And although his parents covered the open part with a protective net, such an activity cannot be called safe.

Fortunately, the restless pet appeared in time next to the curious baby. While the elder brother was filming what was happening on video, the cat followed the child’s every movement. 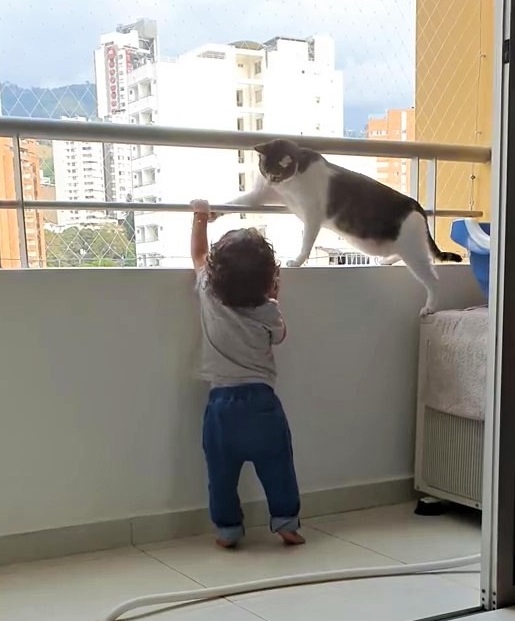 He was clearly nervous and did not let the baby pull himself up on the railing. As soon as he clung to them with his hand, the cat immediately hit it with his paw.

The mustached nanny looked at the adults with condemnation, as if saying: “Do you even plan to take care of the child?”

The child, not wanting to give in to the cat, made several attempts to climb up and see what was happening outside. But the pet stopped each of them, not leaving a single step from the restless baby.

In the end, the boy gave up and left the danger zone, so that the cat could finally breathe easy.

On YouTube, a video with a caring cat immediately attracted the attention of users – it was watched by more than 1.3 million people.

In the comments, channel subscribers admired the behavior of the cat, which turned out to be a very reliable friend to a small child.

“The cat is not trying to scratch the child, he wants to stop him. What a great fellow!”, “He really loves the baby and takes care of him”, “I love the moment when the cat looks at the owner with a judgmental look. For him, everything that happens is serious,” they wrote on the Web.

A café on the Greek island of Lesbos opens its doors every night to stray dogs, thus protecting the animals from the cold
Animals
0 397