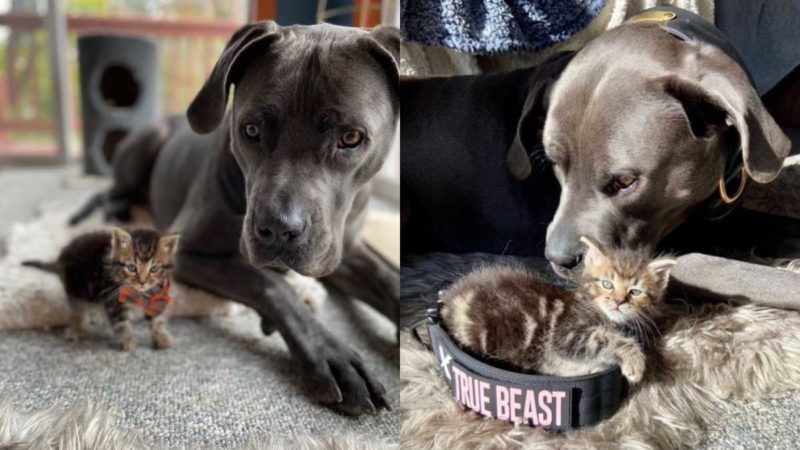 The big dog decided to take care of the abandoned kitten. Despite the difference in size, the dog has become an ideal nanny.

The owner of a huge dog named Norm found a tiny kitten in a cardboard box on the street.

The woman could not pass by and took the kitten home. 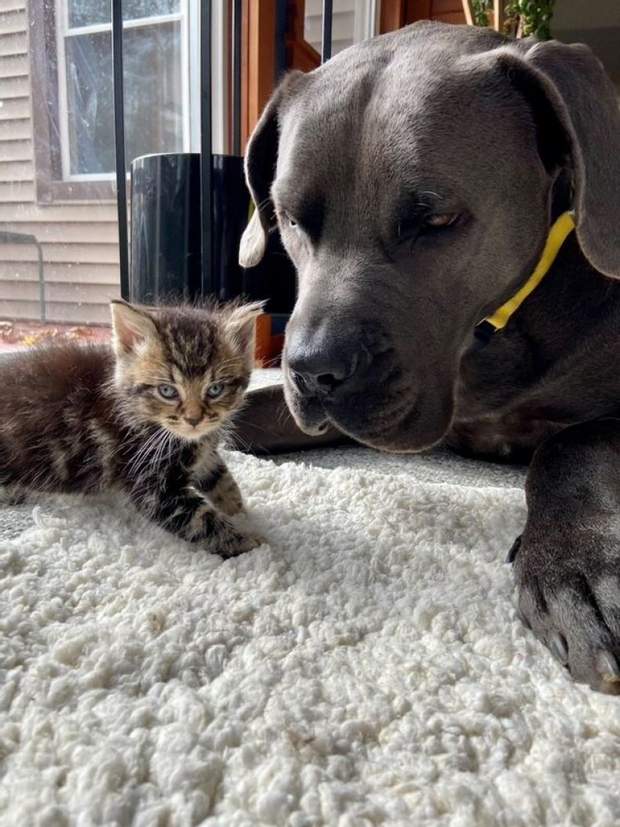 Although a dog that weighed more than her was waiting for her, the woman had no doubts that Norm would accept the kitten.

Caring for a newborn kitten is not an easy task.

Even if his eyes have already opened, he still needs constant attention and regular check-ups by the veterinarian.

In addition, there are many dangers in the house for an inquisitive baby.

However, the dog Norm actively helped the owner.

The huge dog patiently amused the kitten, who was named Sonic, and calmly accepted the blows of tiny paws.

However, the best friends had to be separated, because the kitten went to a new home.

One of the owner’s friends decided that he wanted to have a four-legged fluffy pet at home.

The friendship between Sonic and Norm has not been forgotten either, because the owners plan to arrange meetings for them.

They believe that their connection is special, so you can not break it.

A woman saw a stray shivering dog in the snow near the road, which had wrapped herself around five orphaned kittens to keep them warm
Animals
0 671

A young photographer discovers a starving dog, that was all skin and bones, alone on remote island and saves his life
Animals
0 519
Our Top Posts