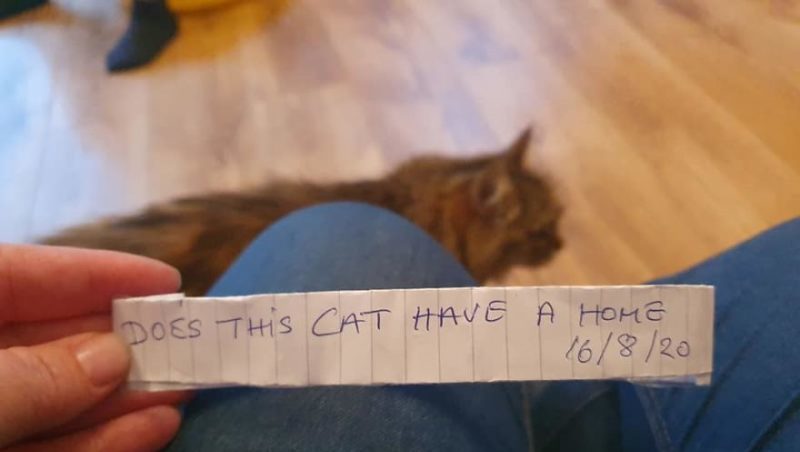 Siberian cat Tula walks by herself.

Her owner Cole Clark always calmly let her pet go outside, because she always returned home – even if she was absent for several days. 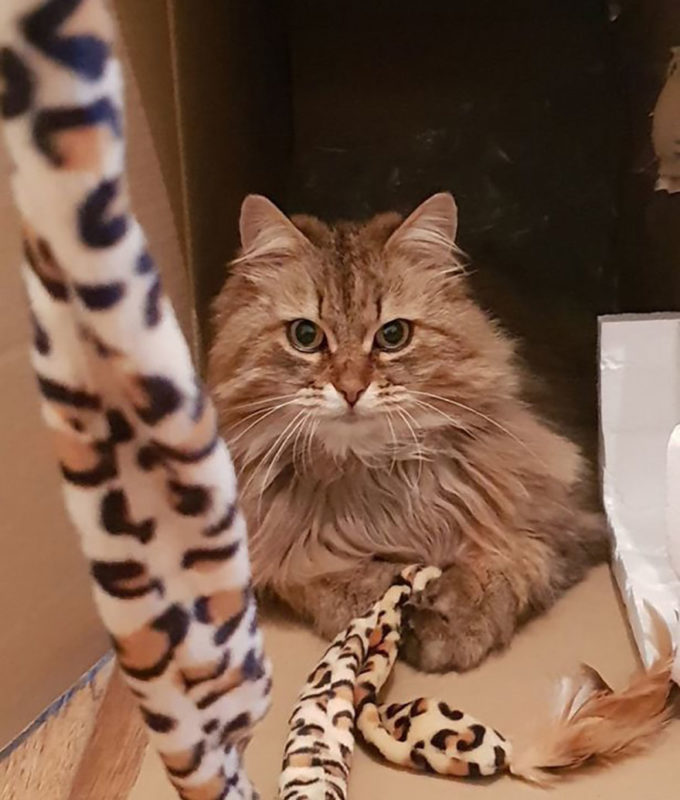 But where her cat is, the woman did not know – at least until the moment when Tula returned home with a note attached to the collar.

“Does this cat have a home? Always at Toby Carvery,” the message said. 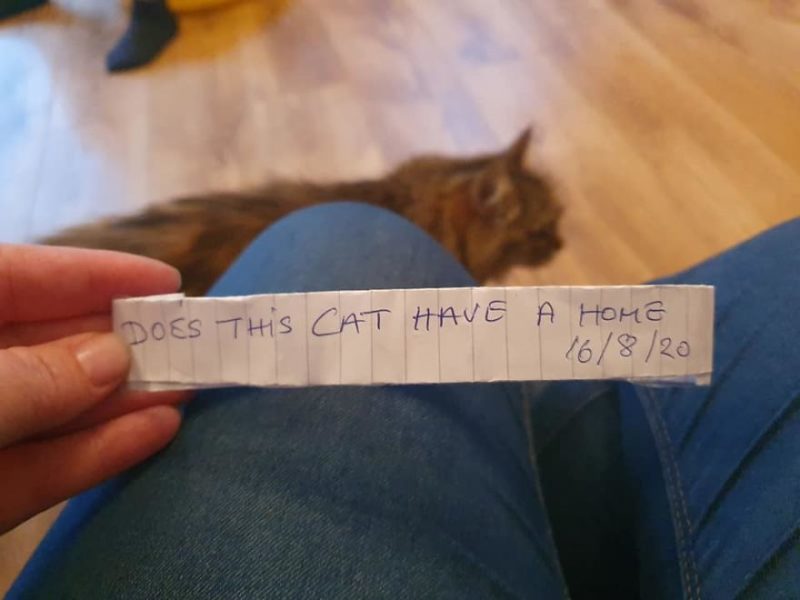 It turned out that for many years the 11-year-old pet led a double life – living with Cole, but at the same time begging for food at a restaurant.

According to Cole, this fact did not really surprise her, but rather amused her, because Tula would go anywhere, as long as there was food. 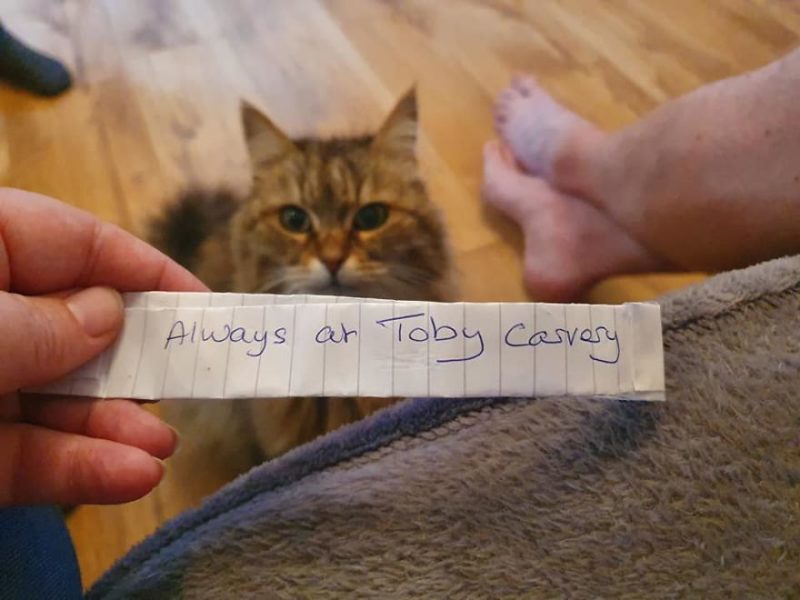 Having learned the whole truth, the owner went to Toby Carvery to claim her rights to the gluttonous but much loved cat.

The staff was happy to know that Tula has a home.

For many months they believed that they were feeding a street cat, and even tried to catch it, but the cunning one grabbed the shrimp (she loves them the most) and ran away. 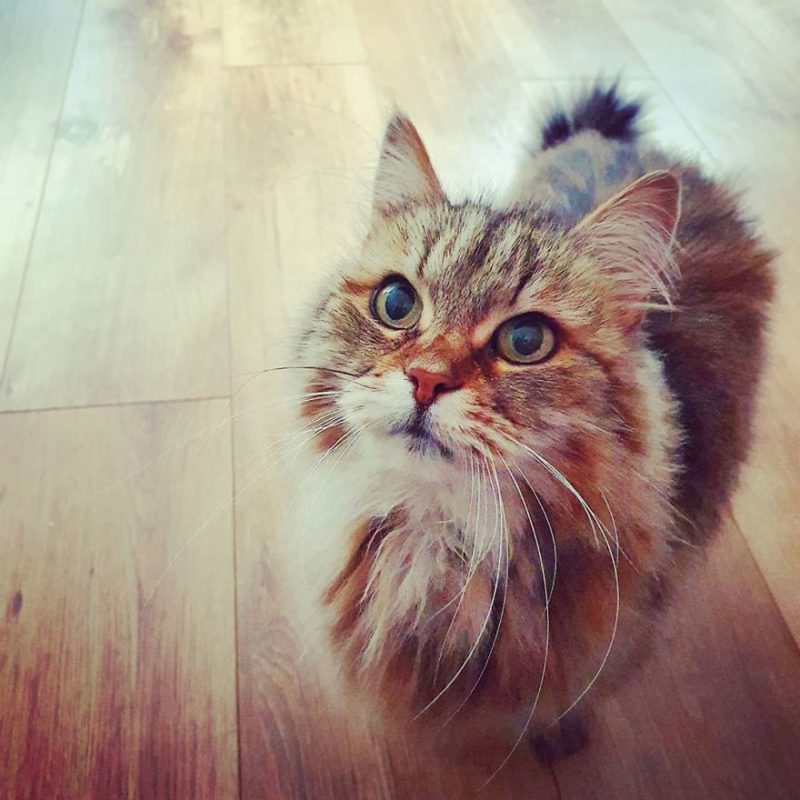 According to the restaurant staff, the cat usually came for breakfast and lunch, but sometimes dropped in for dinner.

And although a warm bed, good food and a loving family were waiting for her at home, Tula still begged for food from strangers. 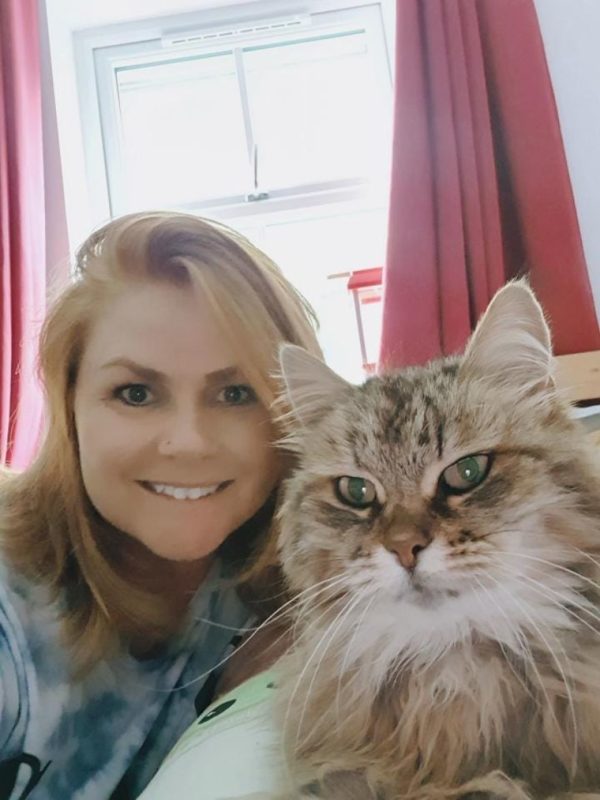 By the way, this has happened before.

Years ago, the cat owner just as accidentally found out that her fluffy pet was visiting an elderly couple living next door to feed on a paste sandwich.

Cat saves the owner from a highly venomous snake, the reptile climbed through the open door and hid in the shopping bags
Animals
0 12730