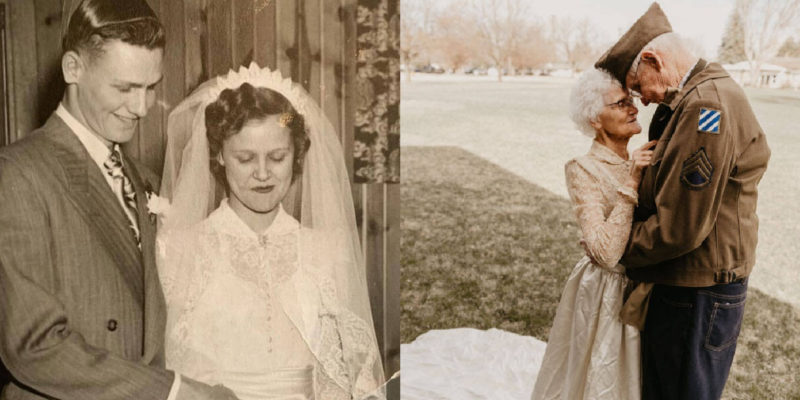 This couple spent 70 years together. And despite everything, they still appreciate and love each other.

Alas, today’s world is rapidly changing, and stories about such love seem to be fiction. And yet, how wonderful it is to meet one day the very one with whom you will spend the rest of your life! 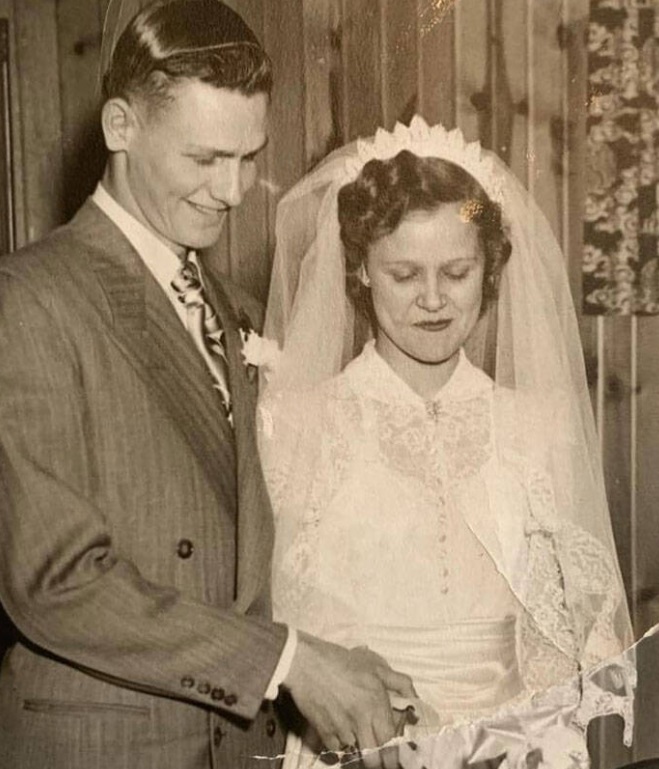 They recently celebrated their 70th wedding anniversary. Today Nancy is already 86 years old, and her husband, Melvin, is 91 years old. Just a glimpse of this couple, it seems that the fire of their love has never been extinguished.

Thematic photography was organized for them by their granddaughter Anna. She is a photographer by profession, and thus this photoshoot turned out to be a nice gift for her grandparents. 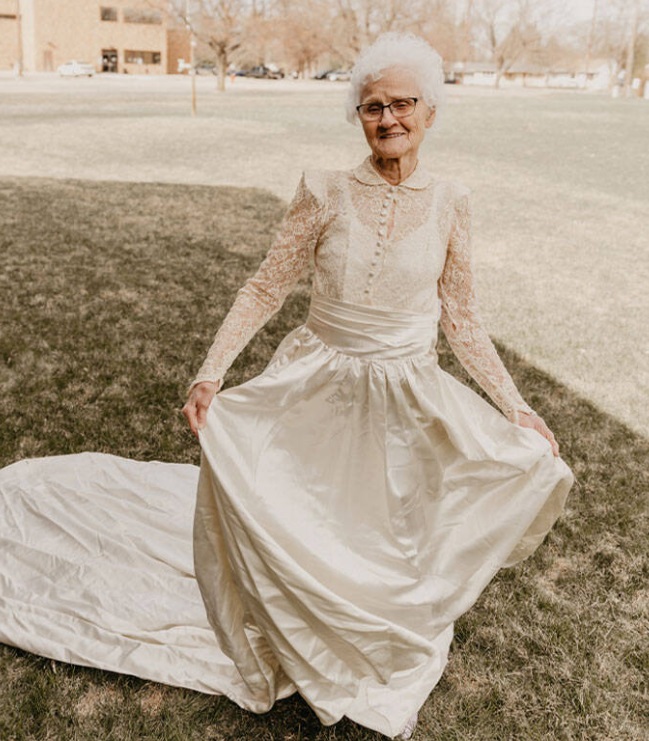 Nancy and Melvin met in their youth. Melvin simply got down on one knee, turning to his beloved with a marriage proposal, followed by an affirmative answer. It happened at the city stadium.

The marriage was concluded in the Lutheran church, which is located in Mitchell. The ceremony was elegant and simple.

All these long years, Nancy treasured her wedding dress. 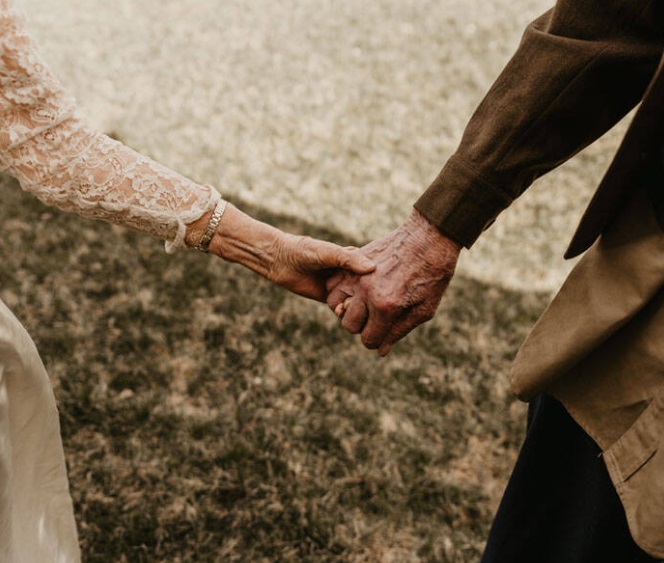 The granddaughter took pictures in the garden. And since her grandparents had few photos from the wedding ceremony, Anna decided to capture Nancy in a wedding dress, and Melvin in uniform.

Putting on a uniform, Melvin seemed to be in a time machine that spun him in a whirlpool of happy memories. The impression is as if this couple returned 70 years ago. 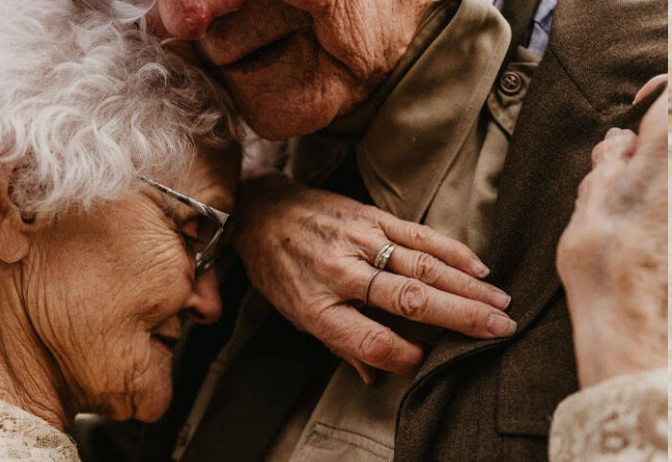 On that day, they put rings on each other and officially became wife and husband. But happiness was short-lived. Melvin, who was enlisted in the аrmy, was sent to study in Japan.

Then he came to his wife for a couple of weeks, after which he returned to Japan.

Young people kept in touch through correspondence. But they did not stay so long apart. Upon returning home, Melvin was waiting for a quiet and measured life. 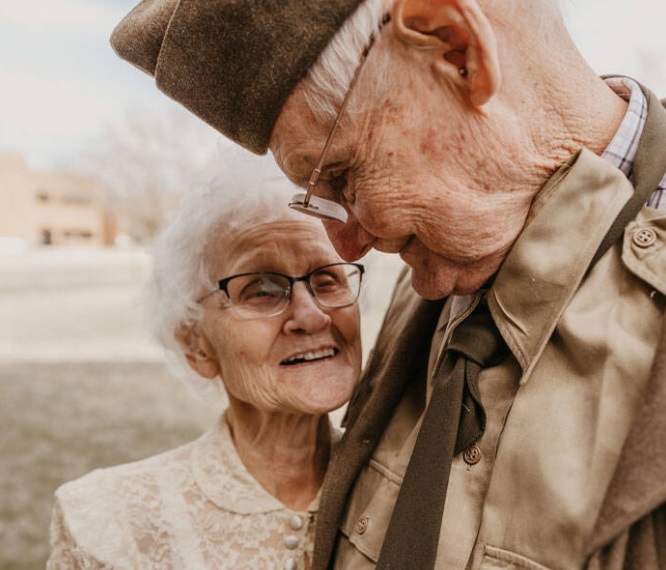 The couple had five children. The father of the family worked as a seller, and the mother worked part-time in the grocery store and ran the household.

What is the secret of a strong union?

A strong marriage is based on mutual respect and forgiveness, according to Nancy and Melvin. Try to do everything so that both of you like life. 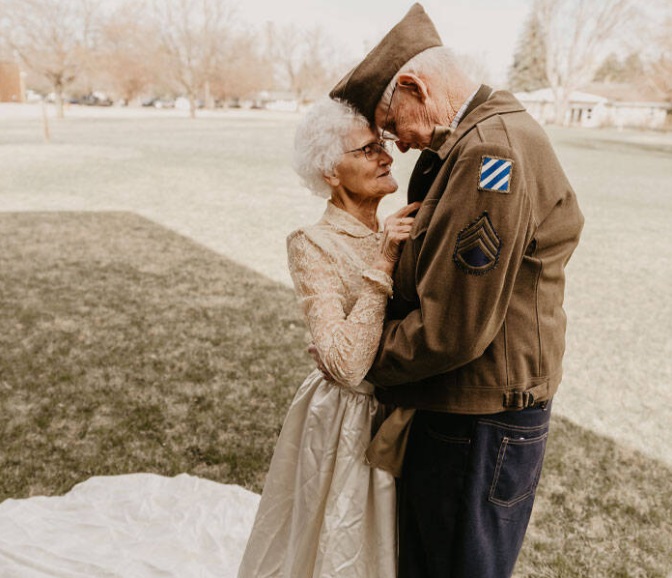 It is immediately noticeable how much this couple is in love with each other. They raised five children, twelve grandchildren and twenty-one great-grandchildren.

This strong and loving family was born out of boundless love.

Photographer was shooting the beauty of the lake, when he suddenly saw mother duck with 76 ducklings in tow
Interesting News
0 209

During the concert, Pink saw a poster in the crowd of fans and stopped the performance: everyone was crying
Interesting News 0 648