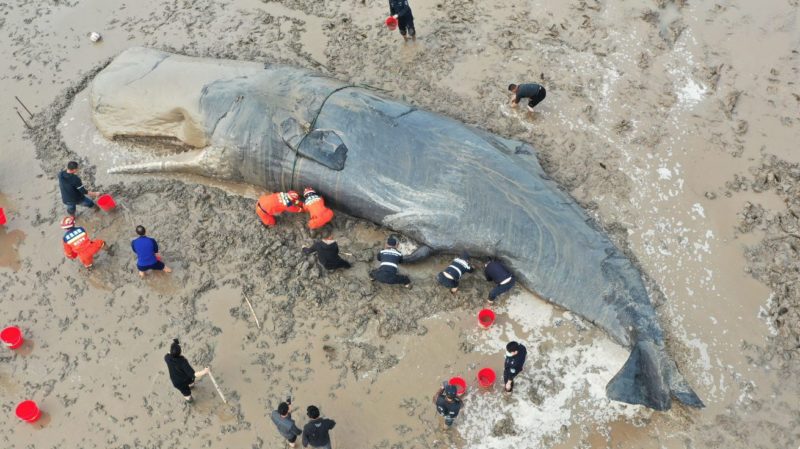 For almost a day, rescuers and caring citizens of the eastern Chinese province of Zhejiang rescued a huge whale that had washed ashore. 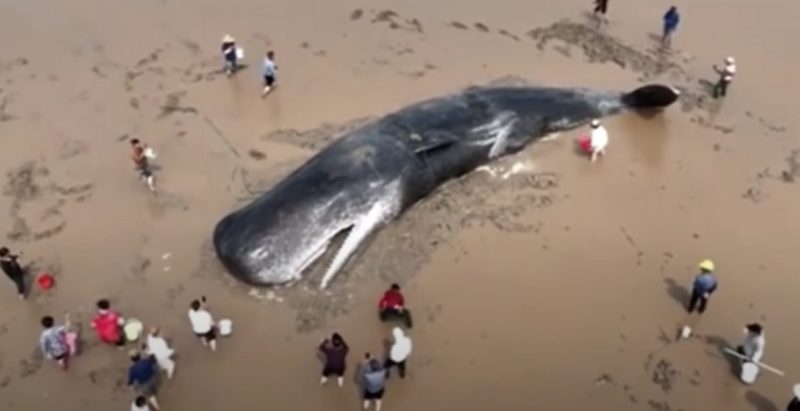 The animal was on the sand without water, which finally left as a result of the ebb tide.

Residents of the province discovered a marine giant in the vicinity of the city of Ningbo.

Before the high tide and the evacuation of the colossus by a rescue boat towards the sea, dozens of people doused the giant with seawater from plastic buckets.

According to the approximate estimates of specialists from the local emergency department, the whale weighed from 60 to 70 tons and had a length of about 19 meters. 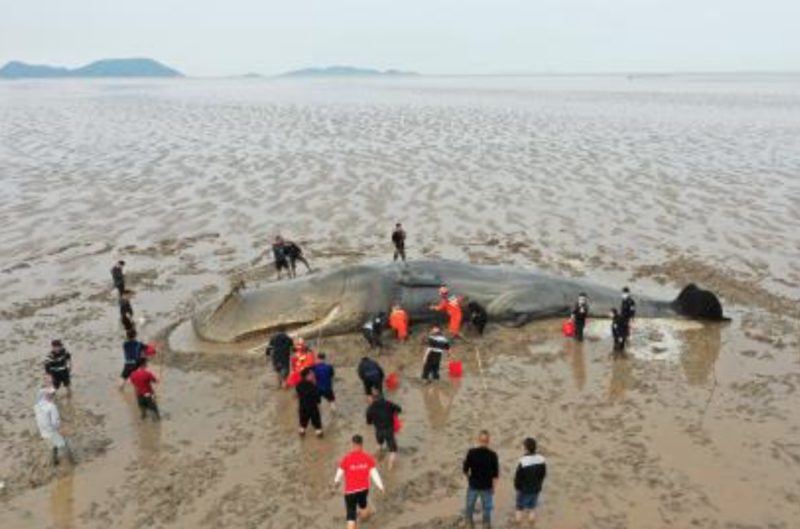 The situation could have ended in the death of the animal as a result of overheating and drying out, if it had been found even an hour later or if emergency measures had not been taken.

And it would be sad to accept because whales have saved people from sharks more than once.

In addition to organizing an “artificial shower”, a deep trench was dug around the mammal, which was filled with seawater.

Therefore, one half of the whale was in the water, while the other was constantly watered.

When the tide came in, which happened at about 5:30 in the morning, the whale was tied with cables to the boat and towed to shallow water – to a depth sufficient for the giant to swim back to the sea on its own.

Despite what happened, the mammal was active in the water.

It immediately rushed into the depths, as soon as the rescuers managed to remove the towing cables from it.

At some point, it even seemed that the 60-ton creature would pull the ship along with it, but everything worked out.

Everyone was happy with a happy outcome. And the freed prisoner of the coastal sands, waving his tail goodbye, swam away to freedom.

Interesting News 0 8
Paris Hilton is now a mother! With this completely unexpected news, the 41-year-old actress

The girl has not washed her hair with shampoo for two years: see the incredible result
Interesting News
0 83

90-year-old woodcutter builds his own Hobbit house where he lives in a charming comfort: see inside
Interesting News 0 313