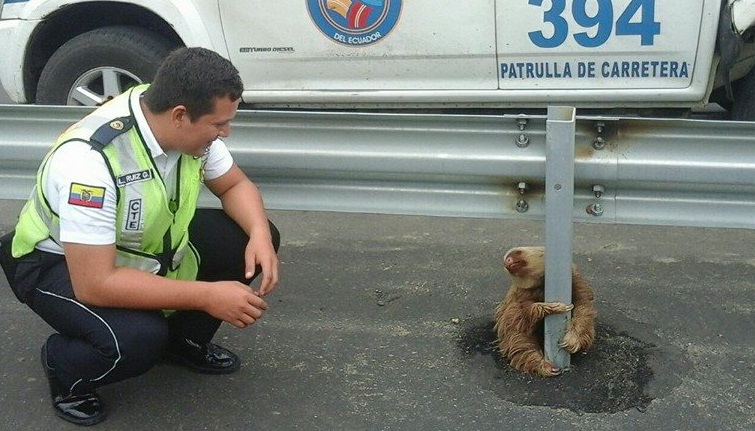 Employees of the Ecuadorian road service found a charming sloth in the middle of the road, who, frightened by the movement, grabbed the guardrail.

The photo with the cute animal was posted on the Facebook page of the Ecuadorian Transport Commission.

The snapshot immediately caught the attention of the public, and the sloth became the star of the network. 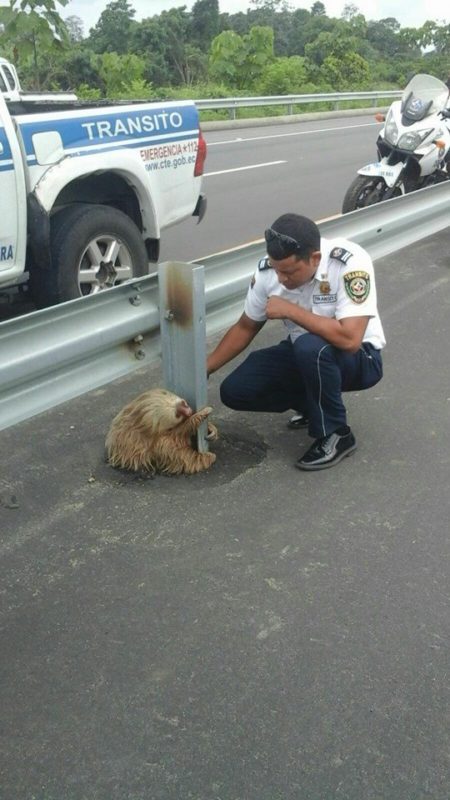 “In Los Rios, we are working with a wonderful sloth who wanted to cross the road,” – this is how the photo from the scene was signed.

Facebook users left almost 3 thousand comments under the picture and made more than 18 thousand shares.

The Transport Commission, taking into account the interest in the network to the sloth, announced the results of the operation to rescue the animal. 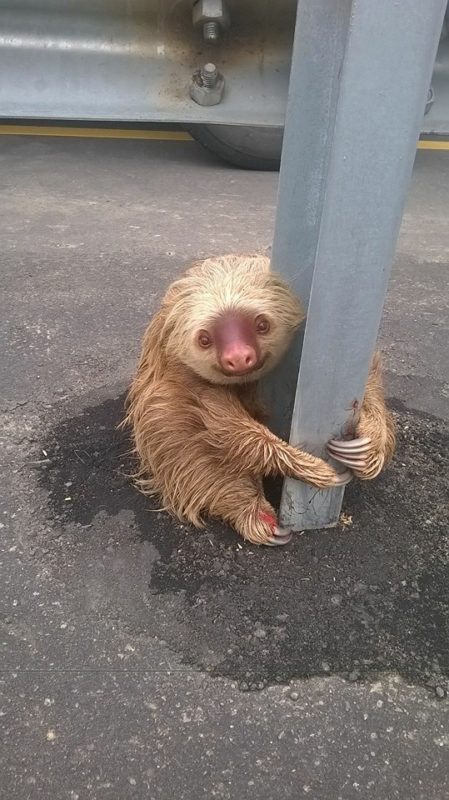 “Thank you for your concern. We inform you that the sloth was rescued. The veterinarian assessed his condition and determined that he was fine. The sloth was released into nature in his usual habitat. We thank everyone who was interested in the health of the animal,” the service said in a statement. 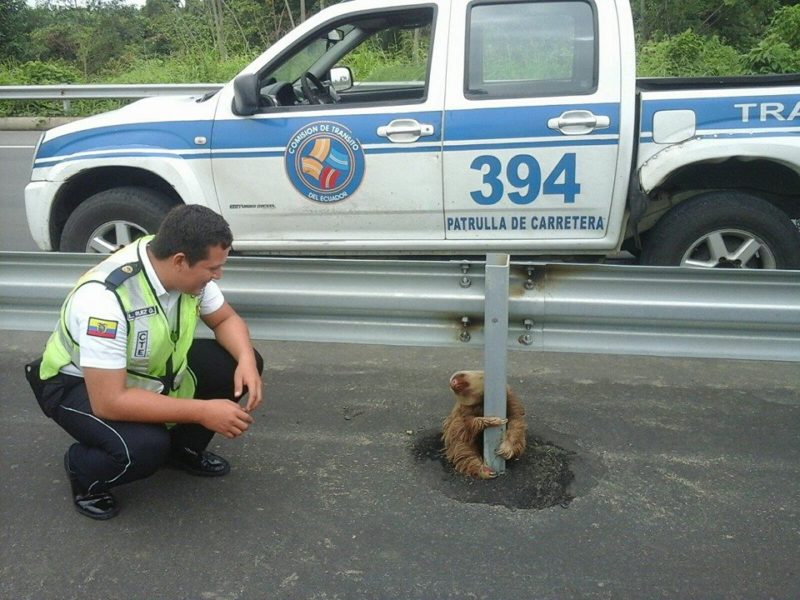 People were touched by the concern of the workers of the transport commission.

And at the same time, they paid attention to the fact that due to the construction of roads, more and more animals are losing their usual habitat and find themselves in such situations.

After being shot seventeen times and having her ear cut off, a blind dog becomes a therapy dog
Animals
0 330

Volleyball player thought he was dating a model for 15 years, spent 700 thousand euros on her, but never saw her
Interesting News
0 126